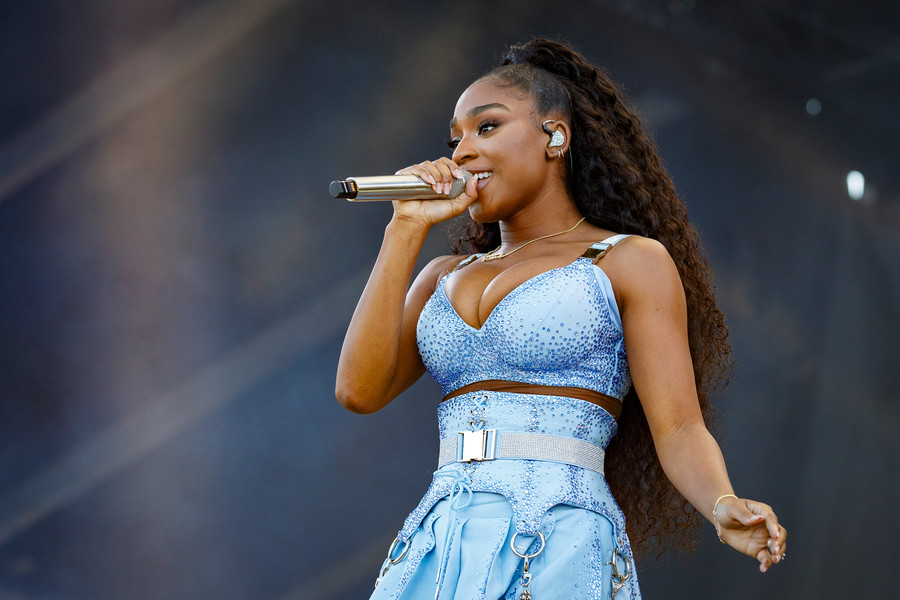 Music critics and listeners alike give Black pop stars hell—especially when they’re women. Jarring criticisms, unfair comparisons, and impossible standards plague the Black women who make pop music and dare to be successful at it. In 2003, the New York Times compared a freshly solo Beyoncé to Ashanti, stating that the two singers were mirror images of each other and that Dangerously in Love didn’t quite hit the mark: “Maybe this album is merely a misstep, and maybe Beyoncé has yet to record the brilliant solo album that people expected. Or maybe it’s proof that she isn’t quite as versatile as she seemed.” But the pressures that Black pop stars face aren’t new and definitely didn’t start with Beyoncé.

In the 1960s, Diana Ross and the Supremes were accused of “not being Black enough.” More than 20 years later, a young Whitney Houston was infamously booed at the Soul Train Awards for not quite fitting people’s expectations for a Black artist. Now, contemporary performers like Lizzo and Normani are experiencing similar bumps in the road as they rise up the charts and enter mainstream artistry. Normani, in particular, reminds me of the Black pop stars of yesterday: Her career began with rigorous training in pageants and gymnastics before she joined Fifth Harmony in 2012 as a teenager. Normani’s new track “Motivation” might be the first single she’s released without a featured guest, but she’s been a solo act since leaving Fifth Harmony in 2018.

She recently served as the opening act for Ariana Grande’s Sweetener tour, and she has been publicly praised by Nicki Minaj, Kehlani, Ciara, and an array of fans both within and outside the music industry. Yet, critiques of her music still abound: In May 2019, Kish Lal, a writer for Australian pop culture publication Junkee, wrote that other other than commercial impact, her [pre-“Motivation”] releases had failed to make an impact:

“Despite a slew of collaborations, and even joining Ariana Grande on her Sweetener tour, Normani has been stuck in the shadows cast by the stars she’s surrounded herself with,” Lal wrote. “Known to answer ‘questions with the nimble diplomacy of a former pageant contestant’ this is where Normani’s Beyoncé comparisons become about more than stage presence. From media trained answers to interview questions to a shortage of social media engagement and a controlled demeanour, the star’s lack of relatability is frustrating—and it’s only hindering her growth.”

Overflowing disdain doesn’t even begin to capture the adversities Normani’s been up against. Though Normani was one-fifth of Fifth Harmony, she worked 10 times harder than her bandmates—and still had to fight to be respected.

In a January 2019 interview with Billboard, Normani recalled being the only member of Fifth Harmony reduced to a background vocalist on “No Way,” the final track on the deluxe edition of their 2016 album 7/27. Of the experience, she said, “So many sessions, I would cry like I’ve never cried before.” She felt the slight was calculated and intentional because she was the only Black member of the group. “You think, ‘Why am I the least followed in the group?’” the 23-year-old singer asked. “Even if you don’t recognize that you’re paying close attention to it, it takes a toll on your confidence. You worry—is it me? Is it because I’m Black? Or am I just not talented?”

In 2016, fans of former Fifth Harmony member Camila Cabello accused Normani of shading their fave on Facebook Live, which led to Normani being forced to take a break from Twitter after fans created Photoshopped pictures of her being lynched. Pop music often evokes images of groomed, smiling, methodically sexy artists with soft lyrics over bouncy beats. These are women who have the total package, star in glossy, creative music videos, and maneuver with humility while knowing they’re the next big thing. Normani fits the bill: Though her video for “Motivation” is inspired by the airbrushed clothing and rained-on choreography of the early 2000s, her brand of endearing perfection isn’t mandatory for her success.

Thanks to social media, and Black singers, like Rihanna, SZA, and Summer Walk, caring less about being publicly dissected, it’s becoming increasingly common for listeners to be exposed to raw artists who are coming into themselves and their identities as musicians in real time. But not everyone has gotten the memo, and Normani is receiving the same kind of criticism that her idols did, specifically because of her Blackness.

Though Normani was one-fifth of Fifth Harmony, she worked 10 times harder than her bandmates—and still had to fight to be respected.

Black women who have made pop music, including, but not limited to, Kelis and Nivea, have felt the need to defend their musical influences and fashion choices. “People are always trying to put you in a category and say ‘well, you’re this and you’re that,” Kelis said in a 2000 interview with Planet Music. “Who cares if it’s rock [or] R&B. Do you feel it?..I don’t think I should have to choose or say ‘I’m more this or I’m more that’…I think I have a clear cut direction as to where it is that I’m going, but I don’t think it has to have already been mapped out.”

When Nivea emerged in the early 2000s, she was dubbed the Black Britney Spears, but her attire, vibrant hair colors, and highly publicized relationships with fellow producers and artists stumped fans and label executives alike. “They would boo the hell out of me,” Nivea told BET in a September 2018 interview. “I [was] pop, hip hop, R&B with colored hair in 2002. That was whack!” Nivea was criticized for wearing colored hair, though white singers of the 2000s, like P!nk and Christina Aguilera (who sang both R&B and pop music), were celebrated for having an “innovative” look. Urban radio stations were also reluctant to play Nivea’s music because they worried it wasn’t “Black enough” to catch on. “When my second album came out, still, no Black radio [stations] was fucking with me. They wasn’t playing, they was like ‘bitch, you too pop.”

Categorizing was an issue for Kelis and Nivea in a way that it wasn’t for their white counterparts. They were criticized for simply being themselves, though now, Nivea takes it in stride, chalking it up to it simply “not being her time.” But truthfully, pop doesn’t have strict boundaries, especially in the increasingly genre-melding music of the digital age), and there is no guide for what it must feel or look like. Pop music is not to be confused with popular music—the former is post-1950s music that follows the verse-chorus formula, with major genres like “rock, R&B, country, disco, punk, hip-hop, Latin and reggae” comprising it. But the term pop music has undeniably racial undertones and is a style that some Black artists, like Rihanna with her 2017 complete departure from pop, ANTI, have turned their back on. The expectations placed on Normani, Lizzo, and even K. Michelle are enough to make anyone claustrophobic and will likely make this departure a popular choice.

The world has been cruel to Black women in music, even as gospel, rock-and-roll, R&B, and pop have remained a source of healing for us. Fans, executives, and critics seem to forget that the music that Black women make is ultimately for themselves, and they graciously choose to share it with us. White artists don’t face the same kind of condemnation, and have likely become more criticized for serious offenses, cultural appropriation and queerbaiting, than for the content of their music. Meanwhile, Black women, no matter how gifted, are forced into boxes and are scolded for even thinking beyond the genre they’re confined. Fortunately, Normani is defying the odds and motivating us to think more about the racist expectations imposed on Black pop stars.