This article appears in our 2017 Spring Family Values. Subscribe today!

In true DIY fashion, Priests have built an empire for the underrepresented by slinging cassettes and vinyl for like-minded female punk artists through their own label, Sister Polygon Records. It’s only fitting, then, that they rolled out their latest LP, Nothing Feels Natural, in the same guerrilla style.

Priests’s most recent effort is a leap away from predecessor Bodies and Control and Money and Power, stretching the band in a sonically impressive direction. The Washington, D.C.–based quartet’s newest material frequently hinges on the same postpunk, guttural tirades that have made them a performance staple in their hometown scene, but here frontwoman Katie Alice Greer pulls out a few new vocal tricks, as on avant-garde departure track “Nicki” and soulful, piano-driven single “JJ.” If delivery matters as much as content in making a point, then Greer’s snarky chants, sassy warmth, and in-your-face wails bring even more impactful tension to Priests’ messages about the vapid nature of mass consumerism, quirky interpersonal experiences, and feminist ideology.

This record is a beast of its own, falling somewhere on the broad spectrum between the lo-fi craftiness of early Sleater-Kinney and the singular innovation of a new direction in art rock. The juxtaposition of molasses-slow vocals against driving guitars on “Leila 20” feels fresh, while the band flips the script with unbridled, free-form instrumentation on “Pink White House,” complete with a satirical poke at the innocuous American dream. This band can do both rump-shaking bongos and smooth sax sounds (“Sucks”) as well as angular, punky grind (“Puff”), but perhaps most impressively, Priests also has the musical mastery and uninhibited cheekiness to sing about Burger King while keeping a straight face. Nothing Feels Natural has every bit as much energetic force as the band’s powerhouse live performances, further amplifying the authenticity listeners have come to expect from Priests. 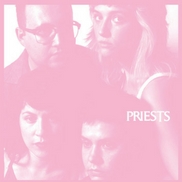 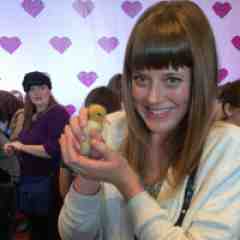 Relevant: Bikini Kill Bassist Kathi Wilcox: "We Really Didn’t Think Anyone Was going to Hear What We Were Doing" 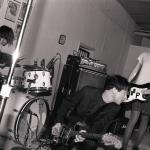 by Sarah Mirk
In 1991, Olympia punk band Bikini Kill recorded a demo tape. Much to their surprise, the tape is still reaching fans two decades later.