Object Lessons“The Act” and the Ethics of Consuming True Crime 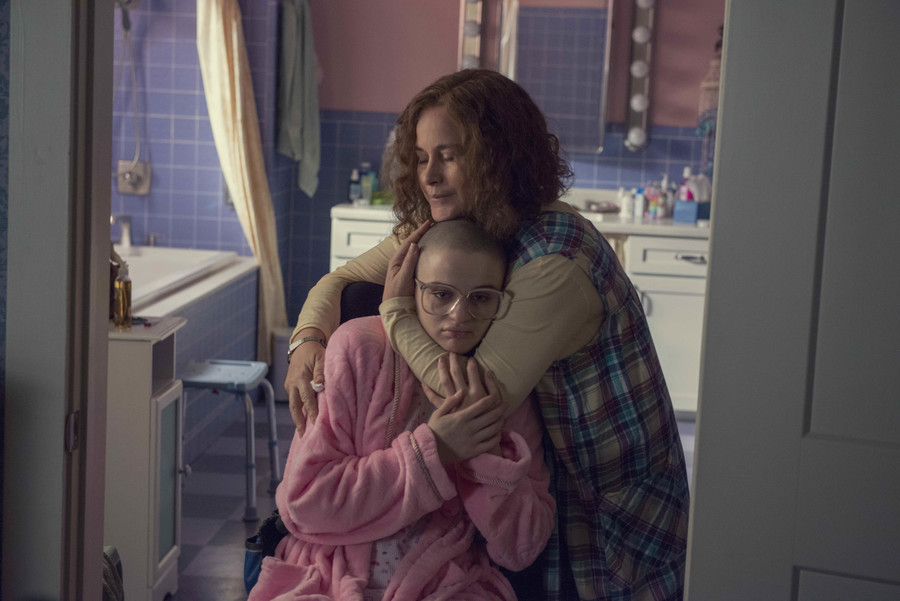 Hulu’s The Act, a dramatization of the lives of Dee Dee and Gypsy Rose Blanchard, a mother/daughter pair who became ensnared in an extreme case of factitious disorder imposed on another (formerly known as Munchausen syndrome by proxy) until Gypsy Rose conspired with her boyfriend to kill her mother in 2015, is the latest entry in crime dramas being pumped out by streaming services like Hulu and Netflix.

It feeds a combined obsession with true crime and scams for a sensationalized, tabloid, sleazy depiction of the lives of real human beings, with a strangely passive, dissociated presentation that fails to engage with what it depicts, or the issues it brings up. But don’t blame the show alone for its dubious existence. The Act, which was adapted from a wildly popular 2016 BuzzFeed feature by Michelle Dean, the show’s writer and cocreator, is simply a product of its culture. It’s giving us exactly what we want, so maybe it’s time to talk about why we want it so much.

True crime has, in a sense, always been en mode: Many cultures have long traditions of prizing dramatized versions of real-life horrors, like the penny dreadfuls of the 19th century and the 13th-century’s Washing Away of Wrongs, possibly one of the first forensic texts. True crime sensationalizes events but can also be transformatively relatable. It answers questions about why humans do what they do to each other, titillates but also validates. Some work uses true crime for social commentary, as in the most recent season of the podcast In the Dark, which followed the case of Curtis Flowers, a Black man who has been tried six times for the same murder by a clearly racist prosecutor. And true-crime obsession can even fill in the blanks left by “official” crime investigations: the late Michelle McNamara, whose years-long fixation on the 1970s-era California serial rapist-murderer she dubbed the Golden State Killer, helped draw renewed attention to cold cases that, in 2018, led to his capture, albeit with ethically questionable uses of DNA.

Our current media landscape, as well as the bleak political outlook it both reflects and generates has contributed to a renaissance of the true-crime genre. After all, when times are grim, there’s something soothing about knowing someone else has it even worse. In recent years we’ve seen podcasts like Serial and My Favorite Murder and streaming series like Making A Murderer, Amanda Knox, and BuzzFeed Unsolved draw huge audiences. People want true crime, and creators—many of whom profess a deep and sometimes morbid interest in the topic—are happy to provide it. More democratic media development and distribution platforms make that easier than ever for podcasters, YouTubers, and others.

But the interest in consuming these stories isn’t matched by an interest in discussing the ethical implications of doing so. (The controversy that cropped up after the release of 2017 podcast sensation S-Town was a notable exception in foregrounding questions about exploitation, consent, and journalistic responsibility.) Grifts, a particularly beloved subset of the true-crime genre, are also the subject of much pop culture fascination—the case of Elizabeth Holmes and Theranos has already been the subject of a bestselling nonfiction book, a podcast, two documentaries, and an upcoming studio film. Online denizens also reminisce about the Hipster Grifter and wonder when the Tinder Swindler’s story will be developed for Netflix.

Scams, the more audacious the better, delight pop culture consumers—especially (as we saw with those competing Fyre Festival documentaries) when the perpetrators get their just desserts. In a political era characterized by watching people in power get away with increasingly audacious outrages, the unraveling of scams feeds a deep, timely inner need. The Act nestles into this space like it was designed for it. The show’s flat affect gives it an extremely voyeuristic feel that is very much in keeping with the true-crime tradition. Its eight episodes follow Dee Dee (Patricia Arquette) and Gypsy Rose (Joey King) after they relocate from New Orleans to Missouri and move to a home, provided by Habitat for Humanity, whose accessibility features accommodate Gypsy Rose’s wheelchair.

Gypsy Rose is frail and childlike—in fact, she doesn’t know exactly how old she is—with a high, fluting voice. Leukemia, muscular dystrophy, epilepsy, and severe asthma are among her many diagnoses: Gypsy Rose has been ill her entire life, and is only getting sicker. Or is she? The Act quickly makes apparent that her mother has been faking these conditions, with some degree of complicity on Gypsy Rose’s part. The fiction involves unnecessary and invasive medical procedures; a wheelchair that Gypsy Rose doesn’t need; and, as the series progresses and we see Gypsy Rose begin to think for herself, escalating physical abuse. As she comes into maturity—and sexuality—Gypsy Rose sees the full extent of her mother’s suffocating control and abusive need for attention, and it’s unbearable. So she turns to her internet boyfriend, Nicholas Godejean (Calum Worthy), to help her kill Dee Dee, and then flees.

Those fantasies lie at the show’s pivotal moment when Gypsy Rose literally rises up against her mother, getting out of her wheelchair to orchestrate her murder in a perverse inversion of the miracle-worker trope. If the scene was meant to be provocatively symbolic, it was overshadowed by the show’s larger, lazier decision to rely on the wheelchair as a metaphor. The Act’s focus on the chair is rife with haunting disablism, most strikingly in the scene where Dee Dee forces her daughter to use her chair to wheel back into the house after running away from home in a taut, tear-stained confrontation. The chair becomes an object of humiliation and torment. While that may have true to Gypsy Rose’s life, the decision to center it was that of the creators, without consideration of how it might feel for people to see mobility devices that represent freedom turned into implements of torture.

Viewer fantasies also play out in the relationship between the two women. In pop culture, factitious disorder imposed on another is almost always depicted in a mother-daughter setting (Sharp Objects and Everything, Everything are just two examples) and commonly involves white women. This perversion of the mother-daughter bond is what makes the disorder so fascinating to audiences, and it’s heightened in this case by the fact that The Act is a version of a true story. In a culture where mothers are constantly subject to judgment and assessment, The Act invites the viewer to take a misogynistic load off: Go ahead and judge this mother.

The Act is as much about the comeuppance of a grifter as it is about a ghastly crime rooted in years of lies, physical and emotional abuse, and desperation.

Interwoven into Dee Dee and Gypsy Rose’s relationship is caregiver abuse, something the disability community is acutely aware of, but that rarely attracts media attention or discussion—though it did pop up in Netflix’s Santa Clarita Diet, a surprisingly insightful comedy about the human condition. When incidents of caregiver abuse appear in the news, it often happens in a praising context; abusive caregivers are forgiven for “trying circumstances” and treated sympathetically by judges while their actions are referred to as “mercy killings.” In this case, it is Dee Dee who reminds Gypsy Rose that she is a burden—a familiar line in caregiver abuse—but Gypsy Rose who turns the tables.

Perhaps The Act feels novel to nondisabled viewers who have avoided this issue. To disabled ones, it is a sensationalization of a tragic, pervasive problem fed in part by pop culture depictions of disability and caregivers. Disabled people don’t want people experiencing caregiver abuse to rise up en masse and kill their caregivers; they want caregiver abuse to stop. And much like pop culture products whose narratives center revenge for misogyny, rape, or abuse, this kind of wish fulfillment might feel different coming from a disabled production team with experience of caregiver abuse.

Viewers may find The Act as fascinating as all other true crime. In that sense, it is not necessarily better or worse, more or less harmful, or more or less blatantly disablist than other inherently exploitative or extractive entertainment. It’s dull and lacking in creativity, and it’s disheartening that what could have been an interesting exploration of factitious disorder imposed on another—and why we’re morbidly fascinated by it—became a tawdry, unoriginal series of cheap shots. But perhaps The Act should leave viewers wondering why they have such an intense thirst for dramatized versions of the worst parts of other people’s lives in the first place.

For the time being, I’m still waiting for a provocative, sensitive piece of pop culture on the subject of factitious disorder imposed on another that deeply engages with the disability politics, gendered connotations, racial implications, and social strata involved. Something tells me it will be a long time coming.