“Of Women and Salt” Treats Immigrant Mothers as More Than Martyrs 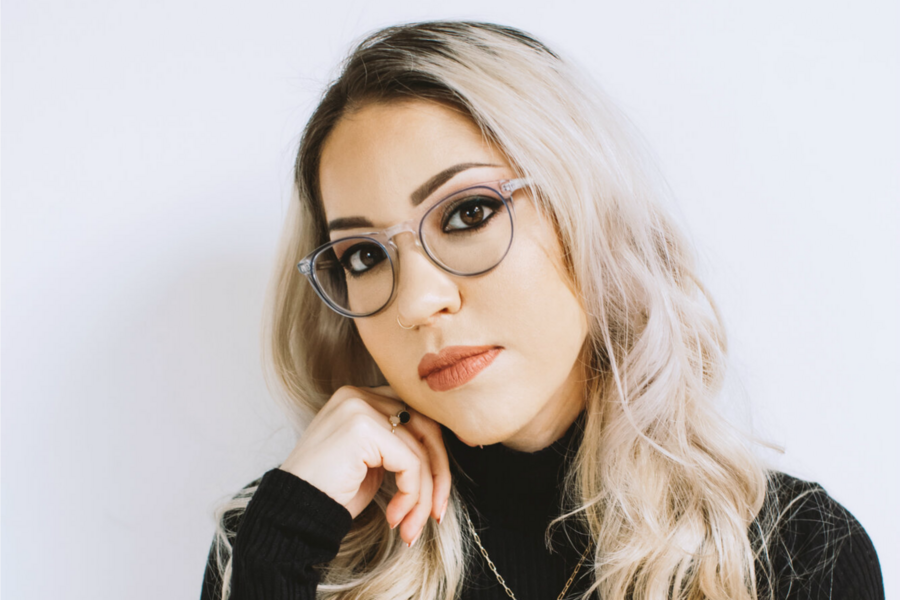 Gabriela Garcia’s debut novel, Of Women and Salt, opens with one of the protagonists, Carmen, begging her daughter to choose life, desperately willing Jeanette to get sober. Carmen believes she’s to blame for her daughter’s illness: “All of your life, you wanted more out of me,” she confesses. “There is so much I kept from you, and there are so many ways I made myself hard on purpose.” Carmen regrets not telling Jeanette the real reason she fled Cuba. She regrets the years of silence and secrets. Carmen’s opening monologue suggests that there’s more to her story than what she’s revealed to her daughter. Of Women and Salt spans centuries and oceans and, as Garcia introduces us to the women in this family’s lineage, she suggests there’s always more to unravel. In other words, migrant narratives are more complex and entangled than we’ve allowed ourselves to imagine.

We meet Jeanette later in the book, years before Carmen’s confession. Jeanette is in her late 20s, living in Miami, and struggling to stay sober after her latest stint in a rehab facility. It doesn’t take long to realize that Jeanette is drowning: After all, she only has a moldy cube of cream cheese, shredded Monterey Jack, and Cuban bread in her fridge. Her mother tries to help but there’s a gulf between them, one created—at least in part—by Carmen’s refusal to reveal her brokenness. Carmen won’t even speak about Cuba; her past is a ghost that lingers but remains unacknowledged. “Even as a child, Jeanette understood that another narrative she couldn’t access had shaped her life,” Garcia writes. “She didn’t have the vocabulary to say, I want to know who I am, so I need to know who you’ve been.” Garcia writes honestly about mother and daughter relationships in migrant families—the words unspoken, the unresolved loss, the trauma women in our families take to their graves.

My mami similarly made herself hard on purpose. Like Jeanette, I have observed rare moments where she laughs without abandon or candidly shares stories about her youth in Argentina. But they are fleeting and—similarly to Carmen—my mom quickly lowers her gaze, bites her lower lip, and regains her composure. I still don’t have concrete answers about why my family fled to the United States, twenty-three years after we left Argentina. I have competing impulses. On the one hand, I want to build a shrine in my mom’s honor. Because I’ve seen her suffer in a country that never wanted her, I feel the urge to make my mom into a hero. At the same time, I resent her coldness, her aloofness. If I’m being honest, I’m not sure that I truly know her.

The protagonists in Of Women and Salt are messy, flawed, selfish at times, and fully human. Garcia teaches us that we do migrant women a disservice when we romanticize their struggles. Her characters warn against idealizing them as role models. They insist they’re more than martyrs. Rather than sacrificing their wants and needs for their children, these mothers are often emotionally distant or even inaccessible. Some don’t even want to be mothers. Others resent the sacrifices they made for their children. In the first chapter told from her perspective, Jeanette witnesses an Immigration and Customs Enforcement (ICE) raid in her apartment complex. A neighbor is detained in the middle of the night and Jeanette worries for the woman’s daughter, who has been left behind. We later learn the woman’s name is Gloria and she narrates the following chapter from inside an immigration prison in Texas. Gloria writes to her daughter, just as Carmen addresses Jeanette in the book’s opening lines. “I do not know if I made your life worse,” Gloria wonders as she reflects on being forced out of El Salvador by U.S.-imported gang violence.

Gloria isn’t a warm or sentimental mother. She’s hard to reach, hard to understand. She dreams of another life where she exists inside a telenovela, where her only problems are fights over a man or an inheritance. “In this alternate universe, maybe I wouldn’t be a mother. If I am being honest, I don’t always want to be a mother. Sometimes I want to be a dancer, at Salsa Rueda on Fridays at my favorite spot, the one by the Miami airport.” She sometimes wants her daughter back, but catches herself dreaming that Ana will find another family in the United States. “It’s ugly to admit,” she thinks to herself. When Ana gives her a Mother’s Day card that reads “Thank you for sacrificing everything for me,” Gloria snaps, “Is that what you think? That I’m supposed to sacrifice everything for you?” This is the scene that made me fall in love with the book. Here, Gloria refuses to be a martyr. She refuses to lose herself in motherhood, to turn her back on or abandon her own dreams. 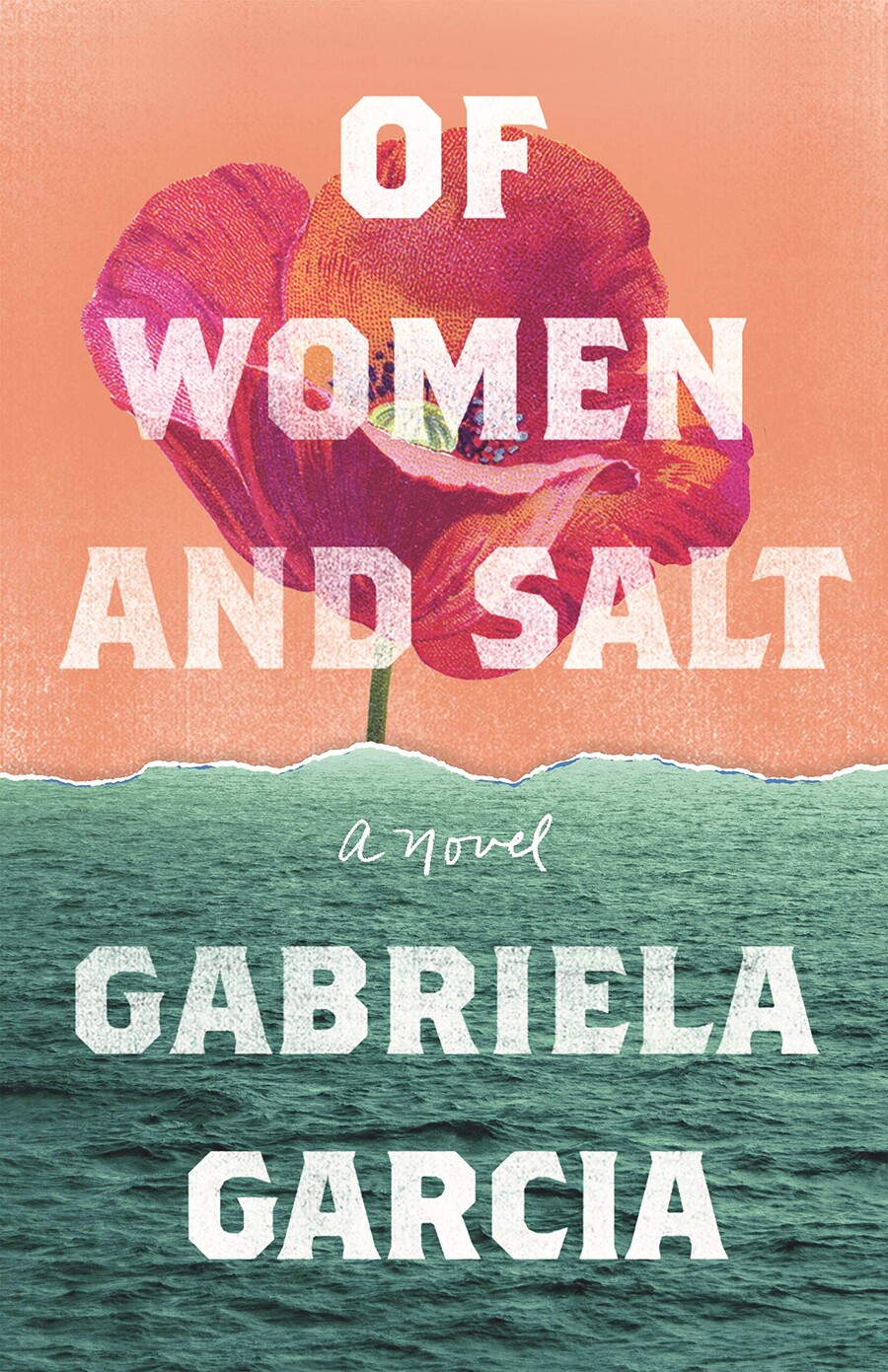 During every graduation season, I see immigrant kids on Instagram wearing their caps and gowns, captioning their posts “They migrated, so I graduated.” Whenever we accomplish academic or financial success, we instinctively thank our parents for their sacrifices. We glorify what they gave up. We celebrate them for their selflessness. Garcia’s novel deconstructs the narratives we tell ourselves to make migration more bearable. She tells us that none of this is bearable. Of Women and Salt speaks to immigrant experiences in so many different ways. It illustrates Jeanette’s longing to return to Cuba, to search the landscape for some piece of her mother. Garcia focuses on the violence of detention and deportation while also refusing to see migrants as passive victims or heroic figures. She writes about Cubans in the United States who resent and reject “new immigrants,” managing to weave race and class analysis into her stunning prose. She writes about women who care for each other in detention cells, forming alternate families made of struggle and flight. She writes about a journey across the Rio Grande that calls into question migrants’ commitments to each other. At every turn, Garcia demonstrates how migration can bring us closer together and tear us apart, how we reinforce borders all the time, how we fail each other. By showing the entanglements between two immigrant families, Garcia shows how we are inextricably caught up in each other’s lives, responsible to and undone by the other.

The book closes from Ana’s perspective, when she opens a first-edition copy of Les Misérables that once belonged to Jeanette’s great-grandmother María Isabel. There is a faded, handwritten note from nearly a century before Ana opens the book’s weather-worn pages: “Weakness. No, we are force.” Jeanette had added her own note, scribbling “We are more than we think we are.” And, in the end, Garcia leaves us with the message that there is always more. This book is a testament to the urgency of rendering migrant mothers who are more than we think they are—more than self-sacrificial heroes; more than humble workers; more than ghostly figures stuck in a nostalgic past; more than broken women who leave us with an inheritance of loss. Our mothers are none of these things and they are all of these things. Like Garcia’s novel, they refuse one perspective or a single narrative.