Heartbeat Bills Are Part of the Endgame for “Roe v. Wade” 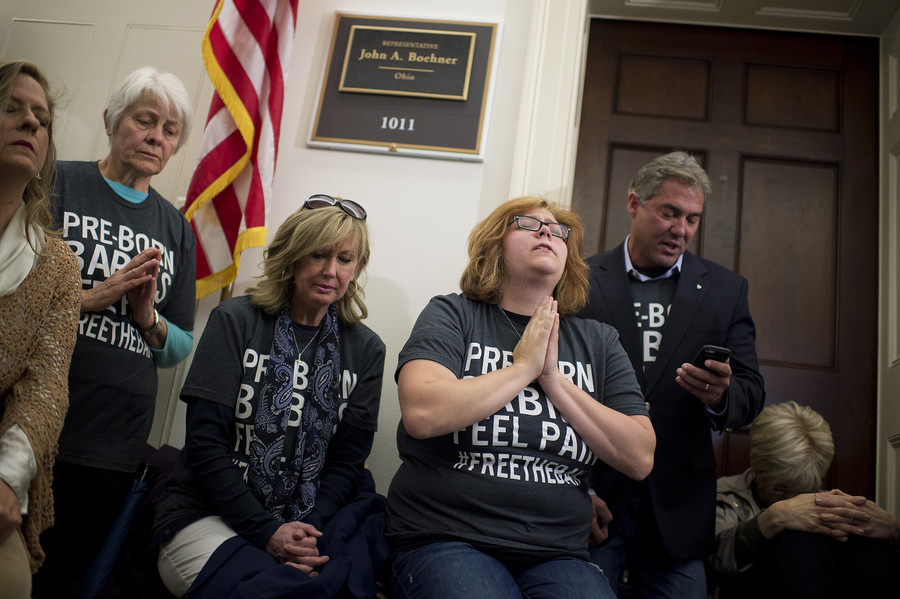 Lauren Handy, third from right, of Anti-Choice Project DC, and other pro-life demonstrators participate in a ‘pray-in’ outside the Longworth office of Speaker John Boehner to protest a canceled House vote that would ban abortions after 20 weeks, March 25, 2015. (Photo credit: Tom Williams/CQ Roll Call/Getty Images)

Abortion is a common and safe medical procedure that gives some of us the freedom to control our lives and others the security and reassurance to protect our health and our families. Yet, horrifying abortion bans are seemingly introduced every day; 28 state legislatures have introduced anti-abortion bills in the first three months of 2019 alone. Earlier this month, Ohio joined five other states—Georgia, Mississippi, Kentucky, Iowa, and North Dakota—that have passed “heartbeat bills,” which ban abortion at the first sign of a detectable heartbeat. These laws are tantamount to total abortion bans since most people learn of their pregnancies within the first five to six weeks and that’s also when the first heartbeat can be heard through an ultrasound.

As these “heartbeat bills” show, unprecedented levels of anti-abortion legislation at the state and national level—fueled by anti-abortion rhetoric—are happening more frequently and becoming more extreme. While abortion opponents started this current wave of attacks in 2011 with a slew of 20-week bans, there’s a long history of proposed laws that create an undue burden, including banning specific reasons for having an abortion; making it harder for clinics to dispose of medical waste; and forcing patients to endure needless waiting periods, have medically-unnecessary ultrasounds, and listen to state-mandated misinformation. Now—feeling energized and emboldened by Brett Kavanaugh’s appointment to the Supreme Court—anti-choice advocates are championing laws that are even more draconian.

Thousands of Ohioans, myself included, have been speaking out against the state’s heartbeat bill as it has snaked it ways through the state legislature over the past eight years. In 2011, when it was first introduced by Representative Christina Hagan, the bill seemed like it had to be a joke—how could something so extreme have a chance of ever becoming law? Former Ohio governor John Kasich vetoed it in 2016, giving Ohio’s pro-choice organizers time to strategize.  But during its subsequent cycles of failure and re-introduction, the bill has increasingly found support. Hagan left the Ohio legislature in 2018, but returned to the statehouse earlier this month to celebrate the bill’s passage and signing, tweeting “Such a historic moment for Ohio & the nation in turning the tide on abortion—working & leading together to end the greatest human atrocity.”

Ohio’s current governor, Mike DeWine, campaigned on the promise that he would abolish abortion, and signed the bill immediately after it was passed. During the signing ceremony, DeWine told reporters that he hoped the bill would be used to directly challenge Roe v. Wade: “Taking this action really is the time-honored tradition, the constitutional tradition of making a good-faith argument for modification, reversal of existing legal precedent…. So this is exactly what this is, and the United States Supreme Court will ultimately make a decision.”

Challenging Roe v. Wade before the Supreme Court has been the endgame for anti-abortion organizations since they first began introducing these bills; this time, their plan might work.  Since Donald Trump took office, more than 80 ultraconservative judges known to oppose issues like abortion access and LGBTQ rights have been confirmed to various seats in circuit and district courts. The Trump administration, guided by the powerful, Koch-funded right-wing organization the Federalist Society, has strategically nominated relatively young anti-abortion justices to the Supreme Court—both Neil Gorsuch and Brett Kavanaugh were on their list—ensuring they will be on the bench when current cases move upward through the courts.

The good news is that most of the six-week bans that have been challenged in court have been put on hold temporarily while the legal cases around the laws progresses. This means abortion will remain legal for a while, at least in Kentucky and Iowa, though the confusion and stigma created by this flurry of anti-abortion activity is undoubtedly preventing some people from accessing abortion care. Some people in those states might not know that the laws are on hold, and even if they want an abortion, they might not seek care because they think it’s already inaccessible. For those of us who live in states where abortion has been restricted, it feels like there’s not much left to do. Hours after DeWine signed Ohio’s abortion ban, I spoke to a group of progressive Democrats in Cleveland about how to fight bills designed to restrict abortion access. I tried for hours to write something but I couldn’t. I had no idea what I would say.

“I’ve never had to say these words before, but Ohio banned abortion today,” I said while holding back tears. Then I told the group about my own abortion: In 2013, while Ohio lawmakers were trying to pass an early version of the six-week ban, I found myself unexpectedly pregnant. In another context, it could have been a joyous occasion, but my husband was physically abusive. I could barely protect myself; I knew that I wouldn’t be able to protect a child. My decision to have an abortion was easy, and I was able to navigate the Ohio’s existing barriers—including receiving counseling that deters pregnant people from having abortions—with relative ease. My marriage ended soon after; I remarried and now have a child with a wonderful partner and each year since has made me increasingly grateful that I was able to have an abortion when I needed it.

I then told the group that we need to combat abortion stigma in our everyday lives and collectively support people—whether they are friends, family members, neighbors, or total strangers—who need abortion care. No matter where you live, you can do the same: You can donate to your local abortion fund’s bowl-a-thon fundraiser to give much-needed funds to organizations who pay for abortion care, transportation, childcare, and other costs when people who need abortions don’t have the financial resources they need. You can ask your local city officials to pass a resolution in support of abortion access and encourage them to file an amicus brief in support of lawsuits challenging these unconstitutional laws. You can organize abortion speakouts and strategy sessions where members of your communities share their own stories and brainstorm ways to make a difference at home.

Whatever we do, we must keep the people who have abortions centered in our work. This fight isn’t about political candidates or elected officials, and it’s not about large national organizations emailing you asking for money. It’s about people like me who know they need to end a pregnancy and need somewhere safe accessible to do so. It’s about the freedom we need to live our lives, make our own decisions, and care for our families. We have a long fight ahead of us, but if we never give up and keep talking, organizing, and pushing, we’ll ultimately win. We always do.

Read this Next: Preparing for a Post-Roe America 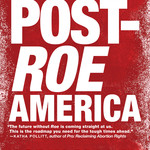 by Caroline Reilly
Robin Marty’s “Handbook for Post-Roe America” is the resource guide for anyone who wants to dedicate their time, money, energy—or all of the above—to keeping abortion accessible in this country while it’s legal, and even if it’s not.