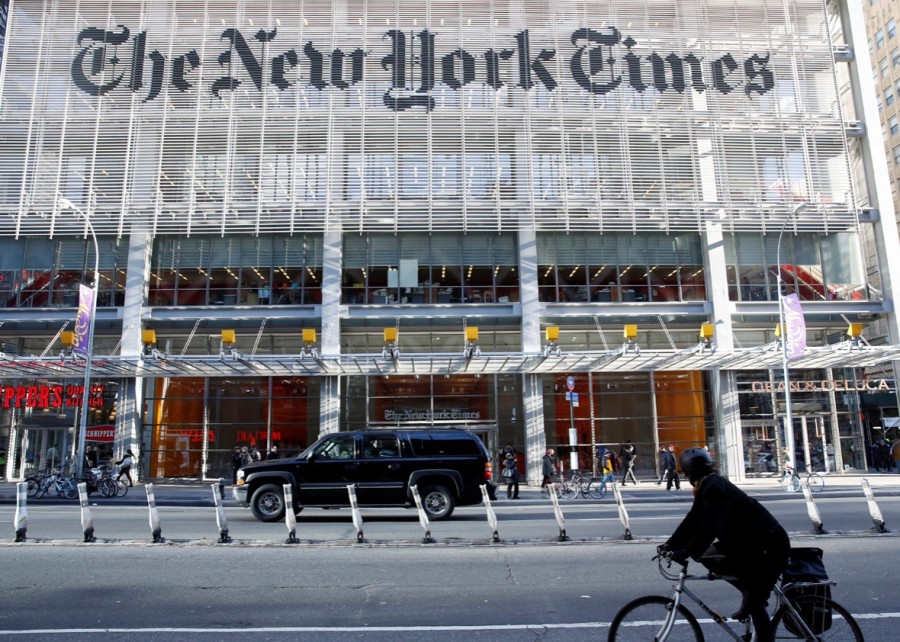 Is it real? Is it fake? Is some news being used to distract us from other, worse news, and if so, how do we advocate for less distracting news and more news news? Is the very concept of “news”—not to mention “facts” and “truth” and “reality”—now a matter of partisanship? Does news even matter when a solid percentage of news consumers are only getting information that translates into ratings and ad dollars? These are all crucial questions in Trump times. Which is why Wednesday’s announcement by the New York Times that it would no longer have a public editor came as a bit of a shock.

A public editor is a version of an ombudsman—someone who serves as a neutral liaison between a news organization and its readers, operating independently to field and respond to reader complaints about journalistic process and integrity, and in many cases to investigate them and report back with conclusions in a regular column. In the past few decades, sweeping changes to the media industry—and, alongside them, kneecapped budgets—made ombudspeople a dispensable line item. But the NYT created its public-editor position in 2003, when revelations of chronic plagiarism by the young reporter Jayson Blair yanked the organization’s credibility from the lofty perch it had long occupied.

To say that right now, this very moment, seems like an especially weird time to get rid of a first-line advocate for media transparency is really an understatement. Publisher Arthur Sulzberger explained Wednesday’s revelation with a statement that can best be nutshelled as, “Who needs a public editor when you have Twitter?” writing that “our followers on social media and our readers across the internet have come together to collectively serve as a modern watchdog, more vigilant and forceful than one person could ever be.” It’s not that the statement itself is untrue, but what it leaves out is that, in news media that holds itself to standards of truth, responsibility, and public interest, the public editors already work with and on behalf of a collective of engaged readers.

In the past decade-plus, holding the New York Times to account via the public editor has impacted how the organization frames coverage and uses language. Take the 2011 case of a horrific gang rape that occurred in the small town of Cleveland, Texas. The initial piece in the paper of record, titled “Vicious Assault Shakes Texas Town,” focused only tangentially on the 11-year-old girl raped by 18 men and boys in a brutal attack that was recorded on a cell-phone camera. The reporter, James C. McKinley Jr., noted only that the victim “dressed older than her age, wearing makeup and fashions more appropriate to a woman in her 20s,” and that “some said” the girl “would hang out with teenage boys at a playground.” The piece’s real focus was the citizens of Cleveland, devoting the bulk of its words to the question of, as McKinley put it, “how could their boys have been drawn into such an act?”

Brimming with quotes like “It’s just destroyed our community…. These boys have to live with this the rest of their lives” and “Where was her mother? What was her mother thinking?” McKinley’s piece amounted to a case study in victim blaming. And readers were not having it: Thousands of people emailed, tweeted, and called then–public editor Arthur Brisbane in outrage, pointing out the biased tone of McKinley’s story and compelling Brisbane to address why such an angle was assigned and printed. A week later, Brisbane published a response titled, with stunning understatement, “Gang Rape Story Lacked Balance.”

“My assessment is that the outrage is understandable,” Brisbane stated, going on to write: “While the story appeared to focus on the community’s reaction to the crime, it was not enough to simply report that the community is principally concerned about the boys and men involved—as this story seems to do. If indeed that is the only sentiment to be found in this community—and I find that very hard to believe—it becomes important to report on that as well by seeking out voices of professional authorities or dissenting community members who will at least address, and not ignore, the plight of the young girl involved.” The pushback also resulted in the NYT commissioning a new story—perhaps not coincidentally, one cowritten by a female reporter.

Obviously, a public editor cannot cover every instance of lazy stereotyping or questionable management decision—the role has its own whiff of gatekeeping, given that topics are pulled each week from thousands of tweets and emails and hundreds of phone calls. But from considerations of sexism and racism in the NYT’s coverage of Serena Williams to the question of whether journalists should actively call out politicians who spout obvious bullshit, the decisions made by the NYT’s various public editors have resonated beyond its rarefied skyscraper and into other media outlets, pushing standards and traditions to evolve.

The Times isn’t the first national newspaper to recently dispense with the role of ombudsperson; the Washington Post 86ed theirs in 2013 for many of the same reasons that Sulzberger offers. But the Times in particular is an organization that has been under an increasingly bright spotlight of skepticism about its place in political and cultural dialogue, especially given the role it played in the 2016 presidential election. Just in the past month, decisions like hiring neoconservative climate-change denier Bret Stephens as a regular columnist for the Op-Ed section and a comically ill-fated entreaty to readers to “say something nice about Trump” suggests that the NYT’s commitment to both-sidesism has taken a cavalier turn in the direction of complicity.

Given this context, shifting the onus of watchdogging onto the public is a canny bit of showmanship. Sulzberger is flattering his readers—you’re so good at holding us accountable that we no longer have to pay someone to do it for us! But he’s also eliding the one thing that someone in that position does hold—power. A critical mass of Twitter users can fume and hashtag and barrage the Times’s comments section with arguments and counterpoints, but they can’t get the same results as someone whose actual job is to be a check on the organization’s coverage. That critical mass doesn’t have access to the publisher or a direct line to editors and reporters—they simply don’t stand on ground that’s level with those creating the news. Sure, social platforms and their users are indispensable, shaping how we collectively consume news and filling in the voids skipped over by corporate and legacy media. But without an advocate on the inside, they don’t have the juice to demand that organizations be better at what they do. (Assuming that they’re taken seriously in the first place: After Stephens was hired and some NYT subscribers announced on Twitter that they’d be shifting their media-buying dollars to outlets that don’t hire science deniers, deputy Washington editor Jonathan Weisman lashed out, calling the angry subscribers a “liberal embarrassment.”)

Margaret Sullivan, the NYT’s fifth public editor and the one who’s generally regarded as having done most with the role, noted in a brief Twitter thread shortly after the announcement on Wednesday that she wasn’t surprised by the decision “in a time of newsroom cost-cutting and position-trimming.” But elsewhere in the thread, Sullivan pinpointed the reason that a public editor’s job cannot be fulfilled by Twitter users: “The one thing an ombud or public editor can almost always do is hold feet to the fire, and get a real answer out of management. …The role, by definition, is a burr under the saddle for the powers that be.” Sulzberger’s plan might feel sufficiently zeitgeist-y—and, of course, has the added benefit of cost-cutting—but it offers no metrics for what would make editors or management take criticism seriously, offer reassessments or retractions, or even rise to the level of consideration in the first place.

It’s precisely because Sullivan and her fellow public editors served as dispassionate go-betweens that they got results—it was their job to pay attention to the substance of criticism and relay it to those who needed to hear it. Without such an intermediary, the organization’s ability to hear concerns about ethics and accountability will inevitably shrink at a time when democracy needs it most. And the way things are going, it’s tempting to think that’s exactly the point.

Relevant: Did media literacy just get a whole lot cooler?

Obviously we here at Bitch love us some media criticism. That is why we are so excited to hear about the new IFC...