On Our Radar—Feminist News RoundupThe EPA Is Making Water Unsafe

• An oral history of Playgirl’s rise and fall is a must read. [Esquire]

• The “adultification” of young Black girls makes them more vulnerable and less likely to be nurtured, comforted, and protected. [Slate]

• The Environmental Protection Agency is rolling back the federal clean water rule, which will water unsafe for a third of Americans. [The Guardian]

• Want to fight against the AHCA but don’t know what to say? Trumpcare Ten is providing easy-to-follow daily phone scripts to make calling your senators a breeze.

• You’ll need tissues for this one. The Bitch Crew offers sentimental memories to celebrate the 20 anniversary of Harry Potter and the Sorcerer’s Stone. [Bitch HQ] 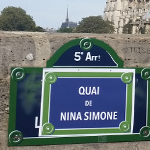 Today's On Our Radar features lots of book-related feminist news.