“On the Basis of Sex” is the Glossy, Imperfect Love Story We Need Right Now 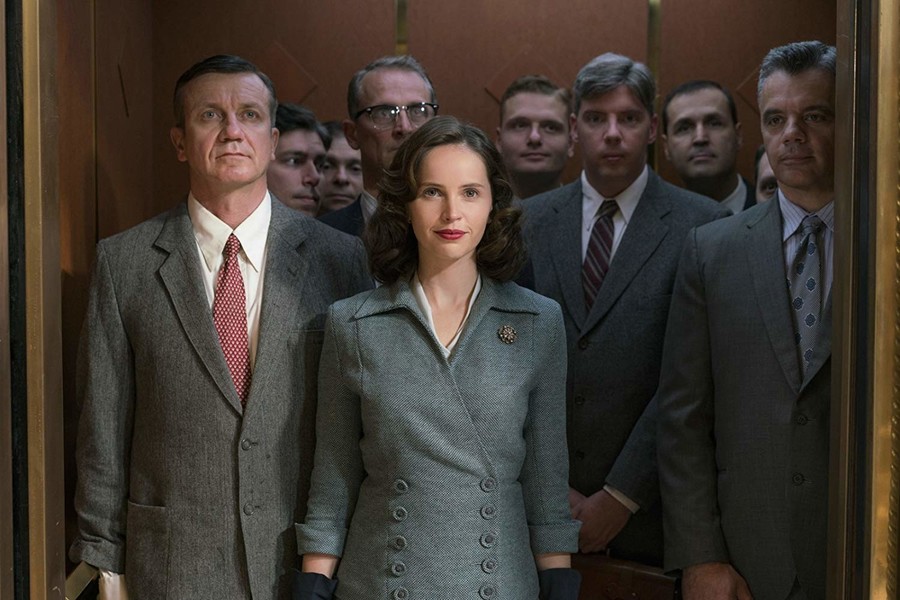 The recently released film On the Basis of Sex introduces us to a young Ruth Bader Ginsburg (Felicity Jones) as she ascends the steps at Harvard Law School. Amid a sea of blue suits, her delicate frame and neatly tied-back hair make her stand out even as she seems swallowed up; it’s heavy-handed and even gimmicky, at first, but I still teared up. And emotions got the better of me more than once as the film progressed, often in its most cliché moments: Ginsburg getting a much-needed victory over her predominately white male peers and professors, the slight overdramatizing of a court scene, and a touching exchange between Ginsburg and her rebellious daughter (Cailee Spaeny).

I’m still not entirely sure why those scenes hit me so hard. Maybe it’s because I began attending law school to help people but now find myself disillusioned with the legal field. Maybe it’s because, despite that, trailblazers like Ginsburg have kept me going and reminded me who and what I’m fighting for. Maybe it’s because I’m starting a semester in practice at the American Civil Liberties Union (ACLU) in a few weeks—the same place that helped Ginsburg when she first started fighting gender discrimination, and where she later founded the Reproductive Freedom Project. But I think it’s mostly because the world is as dark now as it was when Ginsburg took those fateful steps into Harvard Law, and it doesn’t seem to be getting better.

Sure, America has become a somewhat safer, more equal place for women, people of color, immigrants, and other marginalized communities, but On the Basis of Sex also makes painfully clear that we still have a long way to go—and that the systems Ginsburg relied on to effect change are both fragile and fallible. There are two ways of looking at the context into which the film, directed by Hollywood veteran Mimi Leder, has arrived. The pessimistic view is that perhaps no matter how hard we fight for justice, we can always be pushed back by more virulent opponents. The optimistic take is that we’ve been here before, but have still managed to set (at least some) things right—and that there are currently more potential Ginsburgs enrolling in law schools, working in our court system, and winning seats in Congress than ever before. I’m naturally inclined toward pessimism, or favoring sobering realism over expecting the best. But those two hours in that theater left me feeling hopeful.

Critics have dinged On the Basis of Sex for its heavy-handedness and ahistorical moments, for the fact that it turns the complex and nuanced life of one of America’s most awe-inspiring figures into a glossy retrospective about how her career started, and for Jones’s questionable Brooklyn accent. All are fair criticisms, if you look at the film as a true biopic, a genre from which we’re conditioned to expect seriousness and austerity. But On the Basis of Sex isn’t a biopic; it’s a love story, without any of the staleness or sap those words often imply.

The love between Ruth and Marty Ginsburg (Armie Hammer) is palpable, and brilliantly illuminates the battles Ruth takes on in her professional life. As she builds legal cases against gender-based discrimination and the archaic notion that women’s lives should be relegated to the domestic sphere, Marty cooks and parents their two children. When Ruth goes head to head with crusty white male professors and judges who are determined to believe that gender equality threatens the sanctity of the family unit, Marty walks in stride with Ruth. Ginsburg’s fans already know that the 56-year marriage was both romance and true partnership all the way up until Marty’s death from cancer in 2010. In a 2014 interview with Katie Couric, Ginsburg noted, “I had a life partner who thought my work was as important as his, and I think that made all the difference for me.”

And the film does their relationship justice, from a tender love scene between the two at the film’s start, to their support for each other through Marty’s cancer diagnosis and Ruth’s efforts to get a foothold in the legal world. But On the Basis of Sex is also a love story about our cultural relationship with Ginsburg, an ode to a woman to whom we owe many of the freedoms we enjoy today and who has been one of the Trump administration’s most formidable adversaries. As a law student with a less-than-straightforward path, I found that the movie further endeared Ginsburg to me, serving as a reminder that the path to success can be and often is rife with rejection and failure.

The movie closes with Ginsburg’s first big win—a gender-discrimination case in the Tenth Circuit involving a man who was unable to collect tax benefits as a caretaker for his mother because he was not a woman. And it’s to the movie’s credit that the narrative stops short of her time at the ACLU Reproductive Freedom Project, or even her first time testifying before the Supreme Court, where she would one day herself hear cases. It pays homage to the groundwork, the cases and the courts that have shaped the legal landscape of our country as much as anything decided by the Supreme Court.

It is in the lower state and federal courts that many of our country’s most definitive battles are being fought today. On the Basis of Sex stands, additionally and crucially, as a testament to the power and importance of the legal world’s unseen corners; it’s a reminder that a seemingly dry tax case, and one lawyer who couldn’t even land a job despite graduating at the top of her class, can change a nation.

Read this Next: Born to Protest 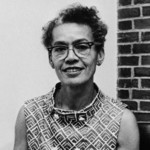 by Marisa Bate
Pauli Murray’s refusal to conform helps explain why this influential legal thinker and activist trailblazer is so little known.