How Open Your Purse Became a Rallying Cry | Bitch Media 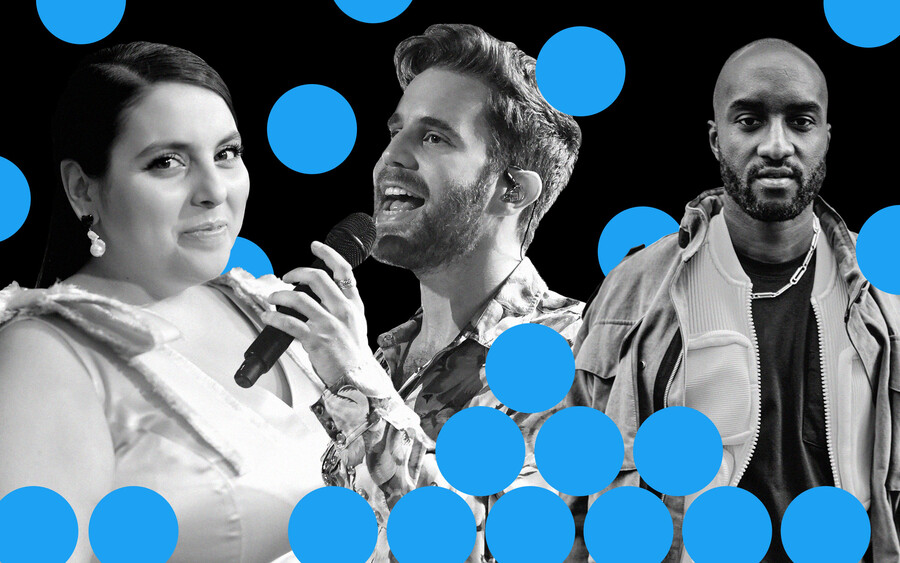 In March, when COVID-19 was the primary issue bringing forth a sense of doom, we asked: Do we need famous people? The celebrity response to the pandemic was so disheartening—made up as it was with celebrities like Gwyneth Paltrow taking mask selfies; Vanessa Hudgens saying coronavirus is a “bunch of bullshit” that would “I dunno, last, like, a month?”; and Pharrell Williams asking people to donate money despite having a net worth of $150 million—that it seemed as if they’d outrun their usefulness. Given the way that social media gives us a sense of near-constant social connectedness with celebrities, it’s become easier than ever to make demands of famous people, and those demands only become more heated and frustrated during times of crisis. After all, what heightens class differences more than crisis? Now, as protests rage on following George Floyd’s death at the knee of a white police officer, one phrase has become increasingly popular: open your purse. And it’s a phrase being aimed at celebrities.

“Open your purse, ” a phrase popularized by TikTok’s “Rosa,” a persona crafted by Adam Martinez, is essentially an ask that reckons with class and assumes the listener to be lying about what they do or don’t have. Since so many celebrities have offered such a lack of satisfactory financial response to the pandemic and the uprising, “open your purse” has become a rallying cry for celebrities, corporations, and other wealthy people and organizations to put their money where their mouth is. When Seth Rogan matched a small donation, he was promptly dragged, with one user commenting, “Don’t be shy, Seth, put some more. Your net worth is $55 million”; Rogan followed up, tweeting, “(And then much more)” to reassure followers that he hadn’t donated a meager amount considering his wealth.

When actor Ben Platt was criticized on Twitter for not donating enough, he responded as well, explaining that he continued to donate after the original tweet. Actress Beanie Feldstein had a similar experience after sharing that she matched Abbi Jacobson’s donation to the Minnesota Freedom Fund. She followed up on her original tweet, too, saying she’d donated “much more, of course.” Virgil Abloh, the artist director of Louis Vuitton’s men’s wear collection, was dragged online for donating $50 to the Fempower’s Community Bond Fund in Miami. Online, fans are paying close attention to not just if celebrities donate to help bail out protestors and support organizations that are fighting police brutality, but how much they’re donating, suggesting that issues of wealth and class are top of mind for many of us, even as we’re browsing Twitter.

Corporations have not been excluded from this criticism: When Spotify posted tweeted about standing with the Black community, another Twitter user responded, “SPOTIFY PAYS ARTISTS $0.0032 PER STREAM. DON’T APPLAUD THESE LAZY STATEMENTS, THEY MEAN NOTHING. YOU EXPLOIT BLACK ARTISTS EVERYDAY, FUCK YOU. OPEN YOUR PURSE NOW.” When Amazon, a notably harmful company that abuses its employees with unsafe policies that put their workers at risk, posted that they “stand in solidarity” with Black people, a user responded, “I KNOW you lying. I’ma need you to open your purse.” Even Mickey Mouse has come under fire, with a Twitter user responding to Disney’s post about standing with, “Open your purse Mickey Mouse.”

Much of this demand comes along with the understanding that people who have less money are giving more of it especially now. As everyday Twitter users discuss where to donate their one-time government stipend of $1,200, it can feel like the rich live on another planet where sharing wealth is a non-issue. In a 2017 article for the Atlantic, Helaine Olen wrote that, “As a group, the wealthy do donate more money overall, but as a proportion of earnings, many of them give less than those with far less wealth.” Olen continues, writing, “What explains these patterns of behavior? Well, one way to think of social networks is as a form of insurance: ‘If I look out for you, you’ll do the same for me when I need help.’ But this isn’t as much a concern for the wealthy.”

Considering that Black people tend to have far less wealth than their white counterparts, we’re more likely to be directly impacted by police brutality, and, frankly, to care about fighting it. We live in a space where we know that we’re going to need help at one time or another, and it’s on us, not the structures in place or the powers that be (which have showed, time and time again, massive resistance to supporting or valuing people of color and poor people) to keep each other and our communities going. In a piece for this site, writer Kim Kelly explains, “In many ways, crowdfunding has become a means by which capitalism can distribute less than what is necessary while still maintaining the reproduction of the labor force.” We see this on Twitter as users match one another’s funds and support one another’s financial campaigns to keep one another safe and alive.

As protests rage on following George Floyd’s death at the knee of a white police officer, one phrase has become increasingly popular: open your purse. And it’s a phrase being aimed at celebrities.

Of course, there are some celebrities walking the walk: Singer and actress Janelle Monáe matched rapper Noname’s donation to the Minnesota Freedom Fund. Model and personality Chrissy Teigen pledged $200,000 to help bail out protesters. Singer Halsey, who is queer and biracial, donated $50,000 to the NAACP Legal Defense Fund, $25,000 to Reclaim the Block, and $25,000 to the Black Visions Collective. Additionally, she’s been protesting, and using her social media platforms to engage with her audience, offering medical supplies and advice for those on the ground as well as assistance to those harmed by police.

In 2020, it’s no longer enough for wealthy celebrities or corporations to post empty platitudes across social media with the goal of checking a box. It’s not enough to look like you care about Black lives or to slap on a sticker that says you value diversity. As class divisions grow more and more blatant, and as the internet and celebrity reliance on social media continues to bridge the gap between the haves and have-nots, it’s only going to get more stark: Some people in the United States have a lot of money because of their celebrity status. And their fans want them to open their purses.