Time After TimeQueer History Comes Alive in “One Last Stop” 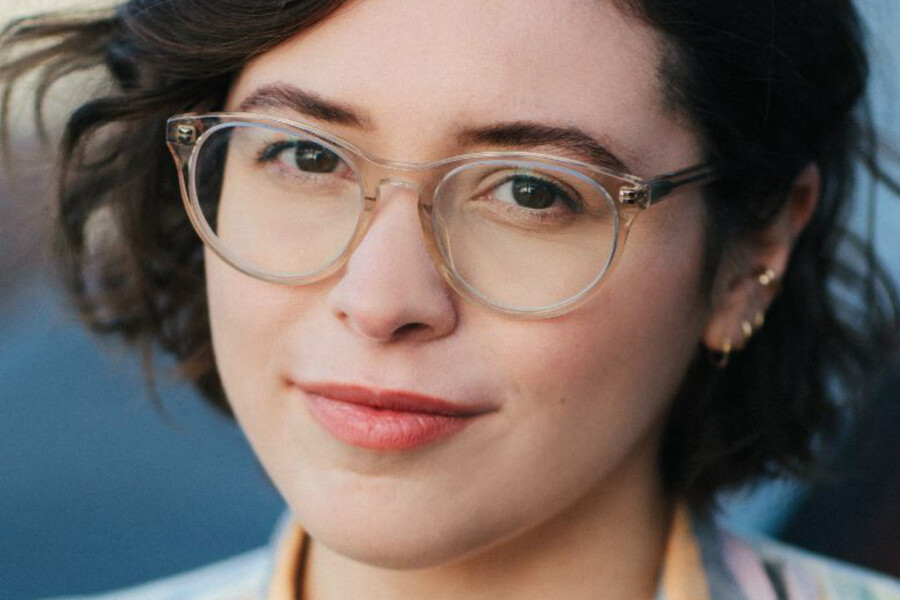 Queer history is many times, many places, many persons.

I never took a class dedicated to queer history. Instead, I’ve learned queer history (or, more accurately, histories) slowly and haphazardly—a process that I realized, after conducting a very unofficial survey on Twitter, seems to be quite common. I learned queer history from movies that didn’t represent queerness very well; from conversations with my lesbian aunts; from novels and criticism and essays; from oral-history projects; and, eventually, from articles and books dedicated specifically to the topic.

I learned that queer identities have always existed all over the world. In pre-colonial Uganda, for example, people assigned male at birth who dressed and behaved as women were treated as such and could marry men. Abu Nuwas, an 8th-century Baghdadian poet, wrote about same-sex desires. Hindu mythology and ancient texts not only don’t condemn queerness but include key figures that we might think of as lesbian, gay, bisexual, or trans. The Jewish Mishnah, compiled in the second century CE, includes references to six genders. Chevalier d’Éon was a genderfluid diplomat, soldier, and spy in 18th century Europe. Meanwhile, today’s queer activists and artists in the United States and globally draw on their own histories and are working to promote LGBTQ rights as human rights.

One place I never expected to find queer history was in the pages of a newly published romantic novel, but maybe I should have. Approaching history at a slant, letting it be fun and inventive as well as enlightening—what could be more queer? Still, when I began reading One Last Stop by Casey McQuiston, I was both skeptical and self-aware. Unlike approximately 95 percent of the queer people I know, I hadn’t read Red, White, & Royal Blue, McQuiston’s bestselling 2019 debut. But I recognized One Last Stop’s setting—the young, queer utopia of Brooklyn that thrives underneath a roiling mess of capitalism, gentrification, and dashed artistic dreams—from my own time living there. The book opens as its newly transplanted protagonist, August, is being interviewed as a potential roommate by Niko, tattooed and psychic, who asks to touch her in order to get a feel for her vibe. He quickly approves, and August becomes part of a quintessentially Brooklyn-queer household that includes, in addition to Niko, his girlfriend Myla, an electrical engineer and sculptor of sorts; and Wes, a mostly nocturnal tattoo artist. August is white and bisexual, Niko is Latinx and trans, Myla is Black and adopted and queer, and Wes is white and gay and Jewish.

They live across from an actual accountant who is also a popular local drag queen. August gets a job at the Platonic ideal of a New York City diner: open 24/7, poorly named (Pancake Billy’s House of Pancakes), managed by a gruff Eastern European immigrant and home to a diverse staff and sticky vinyl booths. Everything about this setup is so exactly what Brooklyn seems to promise young people that I read the novel’s first 50 pages feeling alternately dewy-eyed and bitter—why didn’t I get that NYC experience? Or did I, and it just didn’t feel so cool from the inside? I even found myself calling my best friend and former roommate to complain about how perfect everything seemed, how easily August managed to fall into a group of welcoming, queer friends who just happened to have a spot open for her in both their home and their hearts. I recognize the irony here. One Last Stop’s back-cover description starts out like this: “For cynical twenty-three-year-old August, moving to New York City is supposed to prove her right: that things like magic and cinematic love stories don’t exist, and the only smart way to go through life is alone.”

I certainly don’t go through life alone, but I am fiercely independent and had clearly approached this novel as cynically as August approached New York. On my better days, though, I know that magic does exist, as do cinematic love stories—what is storytelling, ultimately, but a kind of magic? And what is more cinematic than falling in love with a book, as I did with One Last Stop? One day I was grousing about how easily August found her queer family, and the next I was using every spare minute I could to devour the novel, staying up too late to get through one more scene and then another until finally, on a morning I shouldn’t have spent in bed reading but did, I was bawling bittersweet tears over the book’s final chapters. 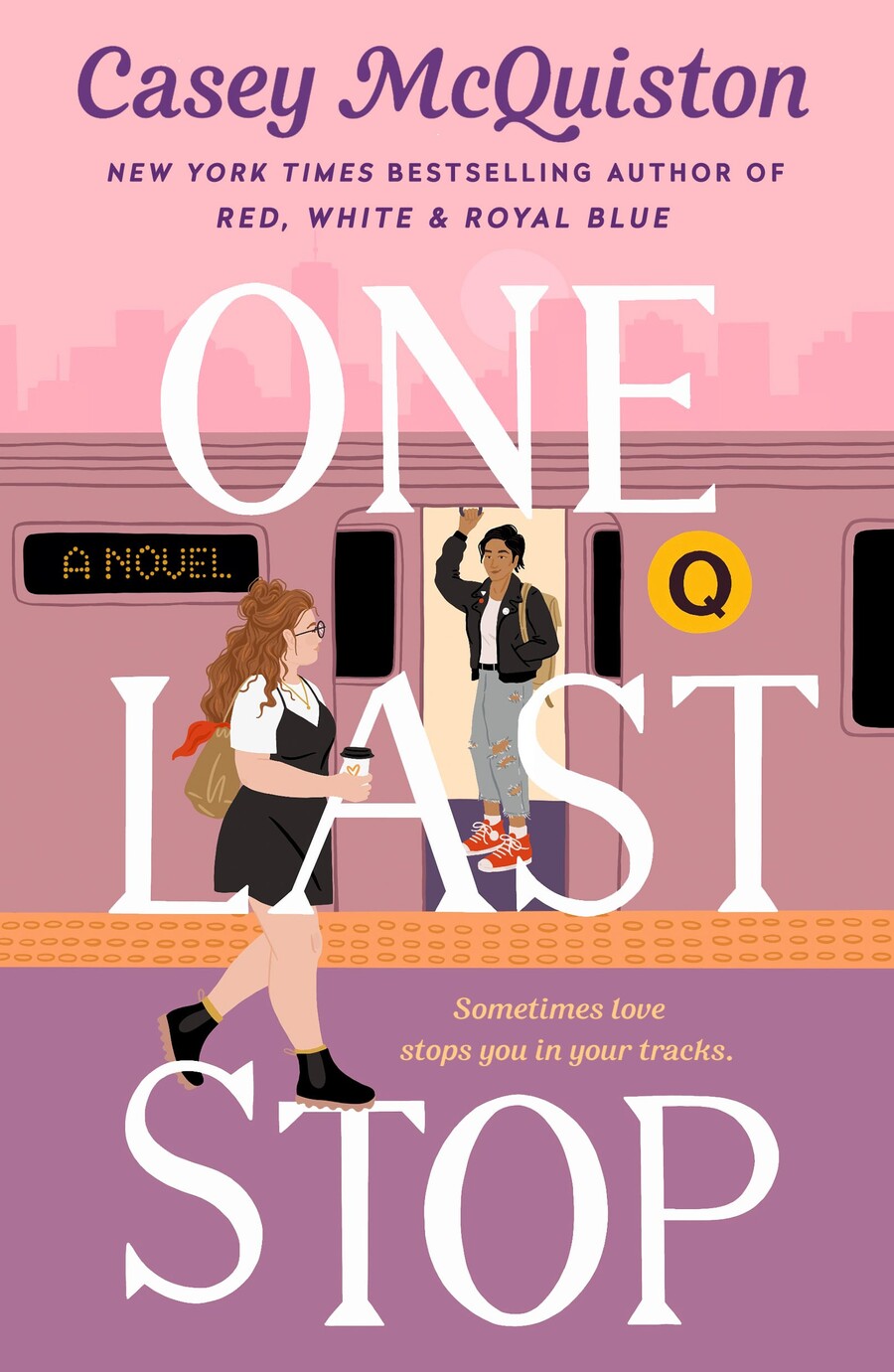 My shift in attitude followed August’s. At first, she doesn’t recognize her roommates for the boon that they are, and remains closed off and uncertain about New York. But then she meets Jane Su, a Chinese American punk butch lesbian, all angles and leather jacket and suave confidence and sexy smirks. After a meet-cute on the Q train, August and Jane begin to see each other every day. The main arcs of the book that unspool from there include August and Jane falling for each other (#slowburn), and August and her roommates figuring out a way to save the diner from losing its lease and closing for good. And though the story’s key twist isn’t a surprise (it’s mentioned on the back cover), it’s no less powerful: August only sees Jane on the subway because Jane can’t leave the subway. Jane is not quite a ghost, but she also doesn’t fully exist in August’s present-day reality: An accidental time traveler, she got stuck in the Q train in 1977, when New York City suffered through a 25-hour blackout. Jane has little memory of her life above ground, but with August’s time and attention (including makeout sessions that help remind Jane of past lovers), she begins to recall more and more: her real name, Biyu; her parents’ restaurant in San Francisco and their apartment above it; the origins of the nickname Jane that she chose to go by; leaving home because she didn’t want to take over the restaurant; the cities, from Des Moines to Philadelphia to New Orleans, she hitchhiked to; the protests against the Vietnam War; the lesbians she met at bars; the ones she loved “like summer: bright and warm and fleeting, never too deep because she’d be gone soon.”

Once the floodgates of memory open, Jane becomes both a singular, unique person and an embodied artifact of queer history. As a kind of queer elder to August—and, by extension, to many readers—she’s able to take the new world in stride with as much dignity as she dealt with the hardships of her own time. “There were people in the punk scene and the anti-war crowd who hated gays, and people in the lesbian crowd who hated Asians,” Jane tells August. “Some of the girls wanted me to wear a dress like it’d make straight people take us seriously. Everywhere I went, someone loved me. But everywhere I went, someone hated me.” These generalities nevertheless begin to paint a picture of what life in the 1970s was like for queers, and queers of color especially; Jane’s stories galvanize August to find out more, and may prompt readers to do the same. After hearing Jane describe “friends getting sick, taking a guy from the floor above to the hospital in the back of a cab and being told she wasn’t allowed to see him,” August learns from her own further research that “nobody was calling it AIDS until ’81, but it was there, creeping silently through New York.”

Jane does what media products are rarely able to, demonstrating for August—and, by extension, for readers—how incredibly alive and human and real our queer ancestors were. For so many of us, the past is soaked in sepia, as McQuiston writes, “grainy and worn at the edges. But Jane tells it in full color…” That’s the biggest gift McQuiston gives to queer readers, especially young ones: a reminder that when we picture the past, we must do it in full color. How marvelous queers of the past were, and how lucky we are to have some of them still around to tell us about their lives, their experiences, their joys and tragedies and loves and heartbreaks. We may not all have a Jane swooping out of time to fall in love with us—but One Last Stop is a reminder that even as we engage with what’s going on in our own contemporary queer lives, we can and should witness and learn from the wonderful, messy, human queers that came before us.

Read this Next: Inner Demons 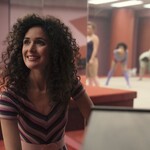