Why Don't College Students Report Sexual Assault? Because They Think Nothing Will Be Done | Bitch Media

Why Don't College Students Report Sexual Assault? Because They Think Nothing Will Be Done 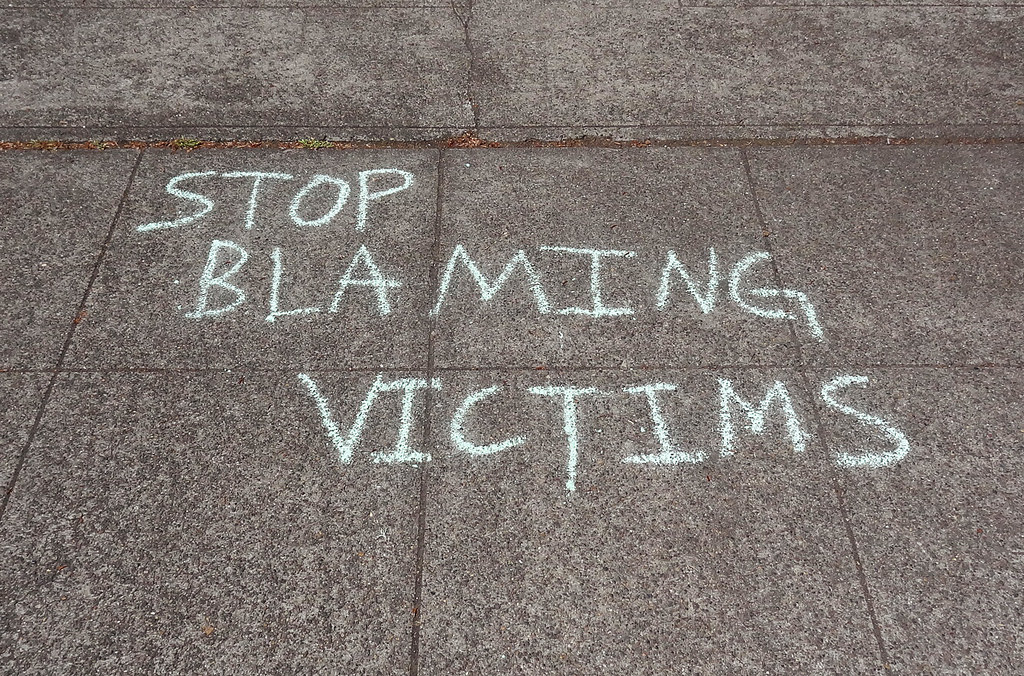 As students head back to school this month, they should be worrying about what classes they’ll get into, who their teachers are, and whether they’ll be overwhelmed by homework. But one thing no student should have to worry about is whether they’ll be safe on campus. Sadly, that’s not the case: As we know all too well, roughly one in five college students is sexually assaulted during college.

A new, in-depth study from the American Association of Universities sheds some light on that “one in five” number. The group surveyed 150,000 college and graduate school students to get data on who is most vulnerable to sexual assault on campus. The report looks at the experiences of female, male, and transgender, genderqueer, and gender non-conforming students from 27 schools in the United States.

The numbers are not good: Rape is at epidemic levels in schools across the country. Having data will hopefully help college administrators understand the patterns of sexual assault that exist on campuses, build a better understanding of who’s victimized, and lead to solutions for how to stop rape altogether. The report found that people are most at risk for sexual assault when they first get to college—rates of assault are highest among freshmen and drop year-by-year. Also, no surprise, women and trans/genderqueer people face much higher rates of sexual assault than men. Altogether, by the time they’re seniors, 33 percent of women and 39 percent of transgender/genderqueer people report being a victim of nonconsensual sexual contact at least once. 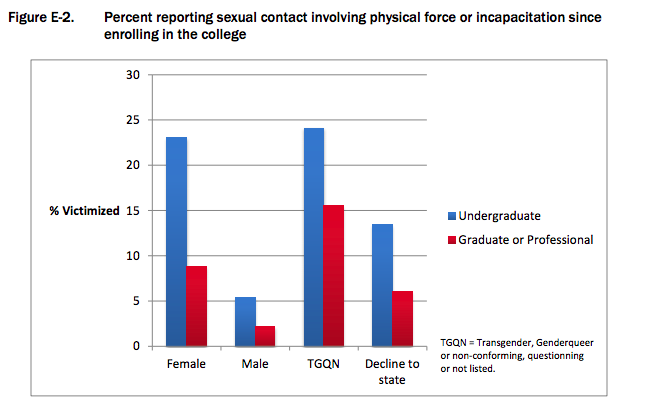 “Affirmative consent” is a concept that’s still often misunderstood, despite work that advocates have done to reframe the conversations about rape from a “no means no” sensibility to “yes means yes.” Numerous colleges have adopted “yes means yes” consent policies into their official rules and California passed a law last year requiring all colleges to define consent as “an affirmative, unambiguous, and conscious decision by each participant to engage in mutually agreed-upon sexual activity.” But a recent survey showed that many college students are still uncertain what constitutes consent. For example, 47 percent of college students surveyed last year believed that a person taking off their own clothes showed consent to have sex, while 49 percent did not. This new report from the American Association of Universities questioned students about assaults lacking affirmative consent by asking if they’d ever experienced a situation where someone “initiated sexual activity despite your refusal, ignoring your cues to stop or slow down; went ahead without checking in or while you were still deciding; or otherwise failed to obtain your consent.” With this explanation, 14.8 percent of undergraduates transgender and genderqueer undergraduates, 11.4 percent of undergraduate women, and 2.4 percent of undergraduate men said they experienced sexual assault due to a lack of affirmative consent. 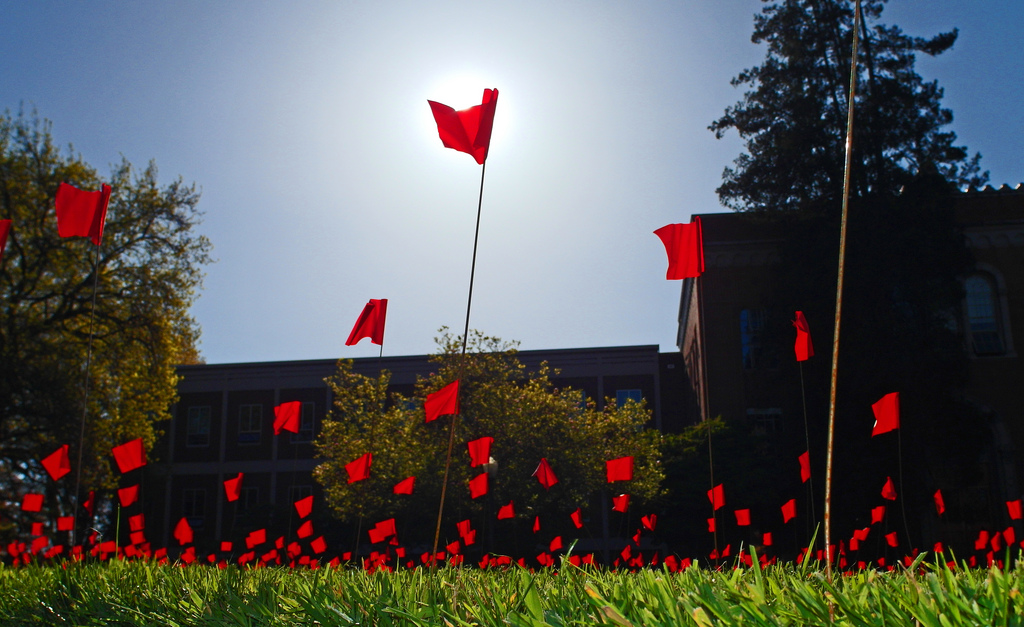 At the University of Oregon, students planted one red flag for each of the 3,000 students who would be assaulted, based on national statistics regarding sexual assault on campus. Photo by Wolfram Burner.

Another reality the report captures is that when people do experience sexual assault or harassment, they’re not likely to report it anywhere. While a majority of people (63 percent) thought that campus officials would take reports of sexual assault seriously, fewer people (49 percent) believed that it would be “very likely” for a fair investigation of the assault to occur. At the same time, only 30 percent of students said they are “very or extremely knowledgeable” about where to get help if they or a friend is a victim of sexual assault. So there’s a both a lack of information about the system for reporting sexual assault and a lack of trust that justice would actually result from a report. Only about 25 percent of people who were physically penetrated during a sexual assault decided to report the attack, but most people who didn’t report the assault said it “didn’t seem serious enough.”  Fully one-third of victims of forced penetration did not report the attack because they were “embarrassed, ashamed, or that it would be too emotionally difficult.” Almost as many students said they “did not think anything would be done about it.”

These attitudes make clear how our culture of victim-blaming massively impacts real peoples’ lives. Far too often, survivors are put through a wringer if they report being assaulted, facing stigma, incredulity, and bureaucracy. Not only should students not have to worry about rape on college campuses, they should feel confident and assured that if something horrible does happen to them, they will be supported by their college to seek healing and justice. These numbers should be a wake-up call to college administrators that our culture needs to change dramatically—if a student is assaulted, they shouldn't be too embarrassed or afraid to report it.