Reproductive Justice Has Always Been about Choice | Bitch Media 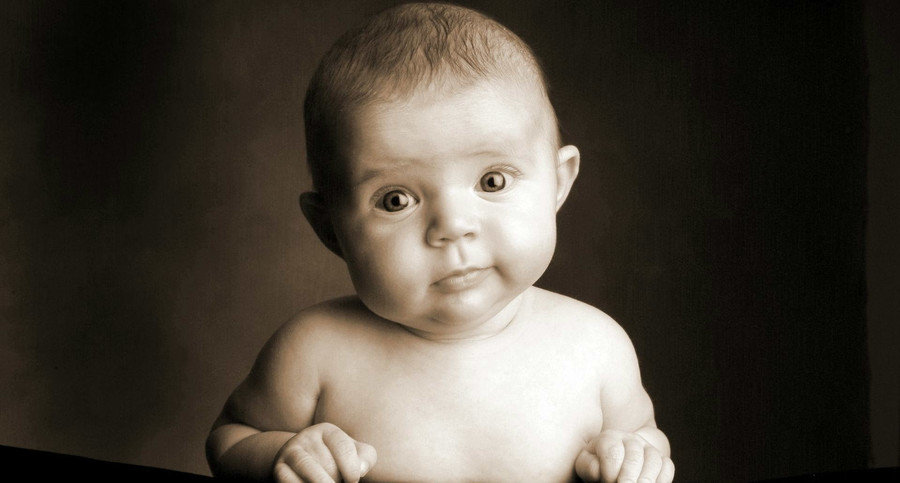 This morning, the Supreme Court declined to review cases in Kansas and Louisiana that challenged lower-court opinions determining that states cutting off public funding for Planned Parenthood violate federal law. The decision feels like a rare victory in a time when states hostile to reproductive rights are pushing harder than ever for legislation that would limit or ban abortion. Whether they threaten us with the prospect of forced childbirth, or work in tandem with other punitive laws to coerce low-income women, and especially poor women of color, to resort to sterilization as the only viable reproductive choice, such laws deal in the currency of regulation and force. And it is a deeply-felt revulsion at the idea of being forced—forced to reproduce, or forced not to, or forced to do so in conditions not of our choosing—that animates those of us who advocate for reproductive justice.

We may rightly critique the rhetoric of “choice,” and yet it is, ultimately, the freedom to engage in the difficult work of decision-making that we are after. Of course, antiabortion legislators and activists don’t describe their efforts in terms of force and freedom, coercion and choice. Rather, they describe pregnancy in terms of surrender. In the leading antiabortion fantasy, pregnable people aren’t forced to bear children, but are simply ready to surrender to pregnancy. Hence conservative reproductive phenomena like the Quiverfull movement, whose adherents believe that to exert control in the realm of fertility is to interfere with divine will. In this view, women who aren’t prepared to surrender to pregnancy are either evil or confused. A good, sane pregnable person—who is more or less the crystallization and intensification of a good woman—does not choose, calculate, desire, or decide. Rather, she surrenders, and trusts.

It’s no surprise that antiabortion activists and Quiverfull families denounce interference and fantasize about a particular kind of gendered surrender when it comes to pregnancy. But this fantasy shows up in other contexts, too, all across the political spectrum. It’s evident, for example, in much of the holistic midwifery and natural birth world, where pregnant people and those people who attend to them during birth are encouraged to “allow birth to evolve freely and gracefully to its natural conclusion,” and to resist the “urge to take control of birth, to mend, repair, rearrange and order things.” It’s also clear in the spate of recent books about pregnancy and mothering by prominent poets, essayists, and cultural critics, books that take powerful looks at ideas about gender and sexuality, but nevertheless neglect to claim—or even to name—the decision to bear a child. An elision the novelist Sheila Heti has called “the decision to slide past that decision,” such a lacuna implies that while abortion may be a “choice,” to bear a child is not really a decision at all.

In my own social circles, which largely comprise those who identify as pro-choice, I’ve encountered many variations of “the decision to slide past that decision.” There are those who say that while they themselves may have reservations about childbearing, their DNA or the ticking of that mysterious “biological clock” is urging them on to have kids; there are those who joke about “getting knocked up,” or, in the face of an unplanned pregnancy, say, “let life happen.” There was the doctor I met at a party who giggled when she told me, “Well we thought we were a one-kid family, but then—whoops! Two!” There was the mother of a troublesome toddler who smiled ruefully, saying, “I’ll bet this makes you want to use birth control.”

What all of these people have in common is that they are white, straight, middle-class people who are not anti-abortion and who don’t lack access to it. They have borne children in their late 20s and 30s; in most cases, they have actively intended to become pregnant, and in all cases they have actively chosen to stay pregnant. So why gloss over the desire, and the choice? Why romanticize not choosing?

The temptation to chalk our decisions up to the whims of some larger, intangible force—God, evolution, DNA, nature, life—is a powerful one. And yet to pretend that we have less agency than we do is a fantasy that only those whose choices are already coded as natural and inevitable can afford to engage in. For privileged people there may be something appealingly risqué about the idea of not planning, not deciding. Yet it is only within the context of a culture that has already affirmed our lives (and our reproductive capacities) as desirable that we can imagine our actions as unmediated and free.

Meanwhile, those whose experiences do not line up with what a capitalist, white-supremacist, hetero-patriarchal culture approves of have always had to shoulder the burden of naming and claiming their decisions. When it comes to abortion, for example, feminist activists have been going public for nearly 50 years with efforts to destigmatize the procedure and the people who seek it out. From the 53 women who signed a petition, published in 1972’s debut issue of Ms., to the contributors to the new anthology Shout Your Abortion published by the organization of the same name, people who’ve made this particular choice can’t elide issues of agency and control.

In a recent Longreads essay about her decision to end a much-wanted pregnancy, Hanna Neuschwander writes, “The first choice you have to make is whether or not to choose at all. I contemplated this deeply. It was the most alluring possibility of all, to abdicate choice. To say very simply: I cannot end my child’s life and I am willing to accept whatever that entails. But every time I tried this idea on, it closed like a corset around me. My heart would seize up then race forward; I kept not being able to breathe.”

In the end, Neuschwander couldn’t not choose; she knew that not-choosing was also a choice.

To pretend that we have less agency than we do is a fantasy that only those whose choices are already coded as natural and inevitable can afford to engage in.

This is not to reinforce the masculinist, capitalist emphasis on autonomy and individuality, or to assume, as the most reductive iterations of the “pro-choice” framework have done, that we are all equally able to “choose.” Black feminists have long critiqued the rhetoric of “choice,” pointing out that decisions are always made within a network of resources and constraints, and that there are many things—political, economic, social, and spiritual—that exceed or shape our control. Yet for those of us who do have a tremendous amount of decision-making power, pretending not to choose is hardly an informed critique of capitalism’s over-emphasis on “choice”; rather, it’s a failure to stand in solidarity with those whose decisions are forced to be decisions.

Pregnable people who are not cis, who are not women, who become pregnant via IVF and other assisted reproductive technologies, and who abort cannot pretend that their pregnancy decisions are the result of supernatural mandates. They don’t have the option of breezily surrendering to a benevolent force from outside themselves. More than a decade ago, Barbara Ehrenreich wrote an essay for the New York Times in which she warned against the evasive, individualist thinking with which some women deny their own abortions as such. I’m not like those other women, the reasoning goes, because I wanted this pregnancy; or because I did use birth control; or because I just lost my job.

In many ways, abortion stigma is the stigma of having chosen; if we can prove that we didn’t really choose, perhaps we’ll avoid that stigma. And yet when we distance ourselves from choice, it’s not just stigma we avoid: Ehrenreich’s essay paraphrases Sartre’s definition of “bad faith” as “something worse than duplicity: a fundamental denial of freedom and the responsibility it entails.” It’s hard to imagine a society in which we reflexively own up to the reproductive freedoms we do have—particularly when it comes to the realm of childbearing, where we’ve long understood  parenthood as the norm and non-parenthood as a curious, if not shameful, deviation. From royal pregnancies to “Ooopsie!” babies to natural births that evolve freely and gracefully, we love the idea of babies that simply appear in response to nature’s call or God’s will, babies that we may describe as blessings or as the result of unstoppable clocks, but hardly ever as choices.

Yet to deny that we have made decisions implies that we don’t really care whether we are able to make them or not. In a political moment when the prospect of forced childbearing is becoming real for more and more people, that’s not a signal we should feel comfortable sending to legislators, to each other, or to ourselves.