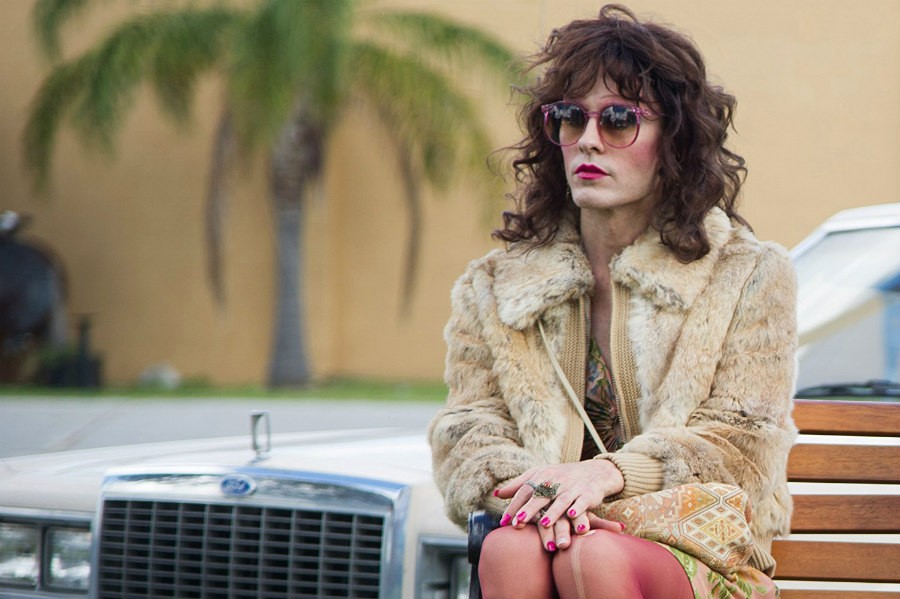 Matt Bomer is the most recent appropriator of trans feminine experience. Anything, a film about a cishet man who falls for his neighbor, a trans sex worker, produced a groan-worthy bit of hackneyed dialogue in the only preview scene released so far. In the scene, Bomer’s character knocks on her neighbor’s door and asks for sugar, inviting herself inside in the process. She then proceeds to hit on this man that she’s just met. It’s a completely inauthentic portrayal of trans womanhood, seeing as trans women can’t aggressively pursue men in a society that all too often kills us. Bomer seems to be channeling the stage persona of a performing drag queen, not vying to depict an accurate reality of trans women’s lives. The movie’s production team claimed that there weren’t enough qualified trans actresses to fulfill Bomer’s role, but how are trans actors supposed to break through if directors and producers only cast cisgender actors for trans roles After all, Laverne Cox only became a household name after she was cast in a trans role in Orange is the New Black.

If oppositional sexism states that men and women are complete opposites, casting cisgender men implies that trans women are men. The decision to cast Bomer, a cis man, oppresses trans women and alienates them from womanhood itself. In a recent essay in The Advocate, trans casting agent Ann Thomas argued that Anything shouldn’t be criticized because the idea that “trans actors should be cast for trans roles” wasn’t on anyone’s radar at the time the casting took place. “Matt was cast to play Freda around 2½ years ago. That would put it before the famous Glee episode with the transgender choir,” she wrote. “That’s well before Caitlyn Jenner came out. That’s a year before the smaller roles in Anything were cast.” Yet, Cox appeared on the cover of Time before casting began and the movie was cast in the wake of a months long outcry over Leto’s casting in Dallas Buyers Club. These excuses let Hollywood off the hook for not addressing the oppositional sexism and transmisogyny at the core of decisions to cast cis men for trans women’s roles.

While perfectly equitable casting may be a noble pursuit, there’s a very long Hollywood history of purposeful exclusion of trans actors that has to be rectified first. Cis actors have historically been given access to any role available and they’ve been able to grow bonafides without restriction, while trans actors have not had the same opportunity. It should no longer be acceptable for film executives to assume that trans women are basically men and that casting a man as a trans woman is close enough. Trans actress Jen Richards revealed that she auditioned for Bomer’s role, but was told by producers that she “didn’t look trans enough” to play the part. It seems that producers were looking for a trans woman who looked more like a stereotypical man, reinforcing the idea that trans women’s femininity is artificial. This attitude is, in part, the result of years of Hollywood casting cisgender men in trans roles; audiences expect trans women on screen to look like men in dresses because they prefer that popular culture fits their own preconceived perceptions of the world.

In any media about trans women, there’s usually a few scenes of her putting on makeup or getting dressed while staring wistfully into a mirror. The message sent is “look how fake they are,” implying that we only get by with all the accoutrements of femininity. These portrayals are highly unrealistic and feel foreign to the lives of everyday trans women. For most of us, life isn’t all about hair and makeup or new clothes. Sure there may be a phase where trans women experiment with new looks, but that’s a staple for any woman going through a puberty, as trans women do when they start Hormone Replacement Therapy. The image repeated so often of a cisgender actor getting dolled up leaves the audience with the impression that trans women are really men that depend on artificial femininity to be “convincing” as women. When audiences leave the theater and meet a trans woman in everyday life, the image of the cis actor on the silver screen may have been their only conception of transness.

Most cis people are ignorant of the effects of Hormone Replacement Therapy and its many physical changes, including softer skin and female fat redistribution (i.e.: apples of the cheeks versus jawline, hips and breasts as opposed to gut). So much of the mistreatment of trans women stems from the core belief that they are really men playing dress up, playing a role. Landlords refuse to rent to trans women, employers refuse to hire trans women, and men decide to murder trans women based on this assumption. When Hollywood casts cis men as trans women, they’re subtly endorsing the cultural attitudes that lead to the harm that trans women receive in their everyday lives. While it’s true that the many trans women with masculine features who do not fit a cisnormative female beauty standard deserve representation in film, this has been the only type of portrayal allowed for most of the film industry’s history, so movie audiences have learned to associate trans women with masculine features and garish makeup.

We as a community have more to offer than just Cox, Jamie Clayton, and Carmen Carrera. As trans people, we’ve grown tired of watching men appropriate our stories and lives and profiting with huge paydays. We’re tired of seeing whichever cis actor decided to don “transface” to chase gold statues. It’s time to set aside the oppositional sexism at the heart of these casting decisions and let’s see what trans actors can do. 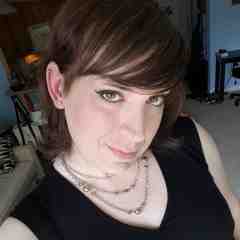 Katelyn Burns is a freelance journalist covering trans issues, feminism, internet culture and sports. She lives in Maine with her two young children.