CultureScreenviolenceraceOrange is the new Black 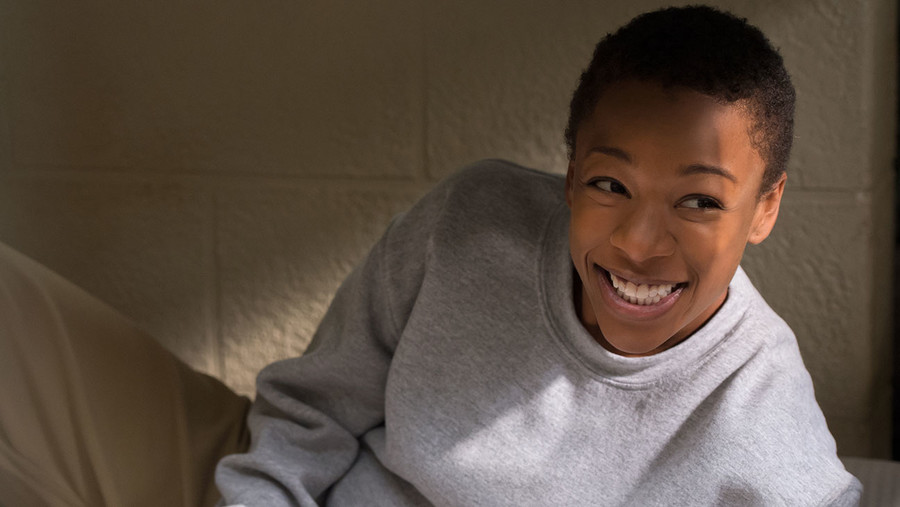 This article includes plot details from the fourth season of Orange is the New Black.

The finale of Orange Is the New Black’s fourth season has generated a lot of mixed reactions centered on the death of a beloved character, Poussey Washington. In one of the most dramatic scenes in the show’s history, the diminutive fan favorite is crushed to death under the weight of Corrections Officer Baxter Bayley (Alan Aisenberg), who tries to restrain her after the prison’s guards turned a peaceful protest violent. Even more, Poussey was crushed under the weight of a system that does not value the lives of people like her: Black, queer, and female.

“I feel like a lot of people’s anger is directed toward the show; they’re upset at the show. I want people to be upset, but I want them to be upset that this is a thing that happens in real life. What we are doing as artists is our responsibility—art reflects life, life reflects art. Back and forth. It’s like a cyclical thing. I feel like we are taking our responsibility not lightly by doing this, by doing something brave like this. I’m proud to be able to be the character that they have decided to do it with…One of the things that we wanted to do is to start a conversation. When we’ve got the script, that’s what happened on set. The conversations on set were mirroring, I think, the conversations that are happening now by the viewers. Everyone is entitled to whatever opinion they want to have—just like if anything happens in life, you start a conversation about it.”

While Wiley is right that art reflects life and vice versa, she skipped an essential step: Art is meant not just to reflect life, but to comment on it. To distill a universal truth about the mundane lives we live and supply us with a greater understanding of ourselves. The artist’s responsibility is not simply to reproduce the violence that exists, but to deconstruct it. What did this season of OITNB add to the conversation about police brutality that hadn’t already been said? How was this plotline any different from a simple reproduction of Black trauma?

The recent deaths of Alton Sterling and Philando Castile, mere hours apart, show how omnipresent Black death is. In both cases, tiny cell phone cameras caught their murders on film, creating miniaturized snuff films. Those videos have gone viral, and they are far from the first of their kind. The destruction of the Black body has long been entertainment and opportunity for voyeurism, neatly packaged for repeat consumption. What did OITNB challenge or confront by giving us more of the same? What made them think that this Black death would be the one to change the tide for apathetic, well-meaning white people?

As an avid fan of the show, this season was painful. The abuse continually enacted on vulnerable women of color by power-drunk white men with badges, unlimited authority, and full control of their lives was deeply triggering. It did not make me feel enlightened or aware or informed or brave; it left me feeling helpless. As a Black woman and a feminist, these stories dominate my everyday life. I spend my time examining these horrific realities and learning about the systems that make my life worth a little less than the lives of the people around me. I am surrounded by it because it is essential to my survival. To see Poussey’s death handled so badly was just another reminder that at every level of every institution, race is eliminated from conversations in which it should be central.

It wasn’t at all surprising, then, to discover that the Orange Is the New Black writers’ room employs exactly zero Black people, either male or female. This show, full to the brim with beautiful, funny, vibrant women of color who rarely get to exist in fiction, is crafted almost entirely from white imaginations. There was no one in the room to explain to this group of well-intentioned writers that Black death is not entertainment and that it must be treated with kid gloves. That invoking Black Lives Matter without studied consideration of the real-life consequences is irresponsible at best and deeply violent at worst.

For people like me who are mired in this trauma daily, the “conversation” is ongoing, and suggesting that the white writers of a television show will be the ones to start it is borderline offensive. Why is exploiting the very real pain and trauma of police brutality against Black people the only way they know how to tell a story about institutional neglect? What does it say that they believed this was the best way to tell that story? Who are they telling this story for? Because Wiley’s quotes illuminate a stark truth: This story says something very explicit about who the writers consider to be the audience for their show, and it isn’t Black people.

The writers’ decision to frame Poussey’s death around the humanity of her murderer indicates a deep lack of empathy for the real, live Black people whose lives have been touched by violence and the psychological wounds that spring up in their wake. Through the show’s signature flashback scenes, the very episode in which Bayley kills Poussey primes us to see him as a young, well-meaning fool, prone to making “innocent mistakes” that would immediately criminalize him were he living in a Black or brown body. First he and his friends are caught smoking weed by the local police, then he’s fired from the ice cream parlor where he works for giving away ice cream to pretty girls. In both situations, he suffers no consequences other than momentary fear and slight inconvenience. The number of Black and Latino teens whose first entries into the justice system are for minor weed offenses should indicate to you the level of privilege that Bayley has benefited from by the time he finds himself with his knee on Poussey’s back.

As Black writers and journalists actively struggle with the difficulty of existing in a world where Black death at the hands of police is a trending topic, white writers mine that pain for ratings and awards. This, while Black people are systematically excluded from the very places that might be able to help close the empathy gap through smart and thoughtful storytelling. As Kara Brown writes at Jezebel:

“So many of these writers—Black and otherwise—write beautiful, tragic and true prose in the aftermath of these offenses about the fallacy that is being both safe and Black in America. Their articles are shared and lauded and discussed and responded to and built upon. Then we wait for another—another shooting, another lost life. And we write again, and wonder: is this just the way of things now? How much time will I spend finding the correct words to say that the color of a person’s skin is not justification for ending their life? And how much time will elapse until those words mean anything to the people who actually kill us?”

This season’s narrative did nothing more than march in lockstep with the real-life stories of policemen who harmed the people they were tasked with protecting and used the media to frame themselves as the true victims. It lent credence to the idea that neglect and disregard can be forgiven because they aren’t malicious. But neglect is malicious. Disregard is violence, and apathy is the most dangerous thing of all. But as Emily Nussbaum asks in her eloquent and difficult review: “Compassion is a resource, too. Who gets it and who gets cut off?”

The answer? Not us.

Relevant: An In-Depth Look at How “Orange Is the New Black” Compares to Real Life 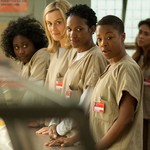 by riese
Now more than ever the criminal justice system deserves national interrogation.