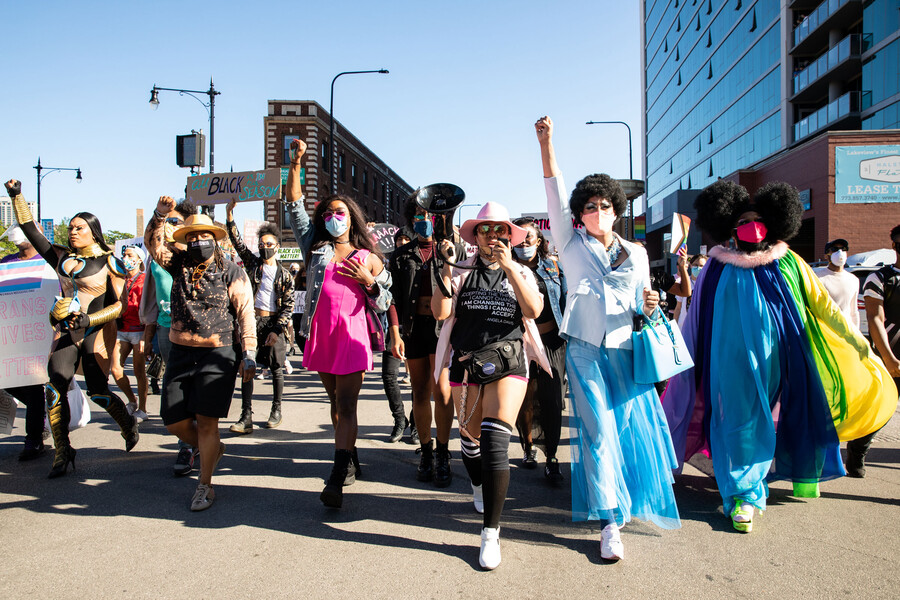 Since the 1969 Stonewall uprisings, the fight for LGBTQ rights has long centered around the need for LGBTQ people to have equal rights and fair treatment in various realms of society. Over time, LGBTQ advocates have fought to highlight the struggles that the community faces, including violence, housing discrimination, and unequal healthcare, while also advocating for laws that not only add to our quality of life, but protect us from injustice. Since 2008, however, much of the fight for liberty has focused almost exclusively on a single thing: the right for LGBTQ people to love out loud and marry the person they love.

From California to Iowa, Vermont to New Hampshire, the fight for marriage equality became so strong that it garnered both media and civil attention. However, since Obergefell v. Hodges, the 2015 Supreme Court ruling that legalized same-sex marriage, many LGBTQ rights organizations have continued fighting for laws that protect LGBTQ people from unfair treatment. Now, five years after marriage equality became the law of the land, trans people are still being killed in record numbers; LGBTQ people in the United States are still disproportionately unemployed; and LGBTQ people, in general, face higher levels of both covert and overt discrimination. Given the moment we’re in, it feels especially important to highlight the organizations that are working beyond marriage equality. These organizations are centering the need to end the violence and persecution of LGBTQ people and are lobbying for legislation that will create a better, more equal world for these communities.

The National Black Justice Coalition (NBJC) recognizes that the fight for civil rights is intersectional. The NBJC, formed in Washington D.C. in 2003, has dedicated itself to the empowerment of Black LGBTQ people, focusing on federal public policy and strengthening the bonds between racial and LGBTQ equality movements. The organization is also focused on empowering Black LGBTQ organizers within the Black liberation movement. Beyond the organization’s call to give a voice to Black LGBTQ people, NBJC has always been about action: From collecting data that better informs the public about our needs to strengthening and supporting Black queer families, NBJC champions the ever-evolving needs of the community.

The Okra Project, a collective that seeks to solve a crisis of food insecurity in Black trans communities, wants to ensure that their lives and stomachs are full. Ianne Fields Stewart founded the Okra Project in 2018, inspired, in part, by the ways that African ancestors snuck food—much of it okra—to those who were held captive on ships. From the beginning, this project has not only been rich in spirit, but also in the ways that they seek to offer help to those in need. By extending free, nutritious meals, the organization uses a community-effort model that ensures everyone is taken care of and supported. Now, with the #FeedTheSoul initiative, they’re able to offer even more resources by helping Black LGBTQ people create community through food. The Okra Project’s mission aligns with the idea that justice isn’t just about laws; it’s also about the idea that Black queer/trans people are often impoverished and without basic necessities, and it’s on the community to fill the gap.

This organization is named after Marsha P. Johnson, an activist and self-identified drag queen who was integral to the Stonewall uprisings. The Marsha P. Johnson Institute (MPJI) channels the spirit of her work by defending and protecting Black transgender people and organizing, advocating, and creating intentional communal spaces. The MPJI believes in the idea of transformative leadership in which they encourage Black trans people to not only speak up about injustice, but to better educate themselves on how to eradicate it.

The organization is rooted in the idea of collective power as a means of social change, meaning that all must have the same access to the same tools in order to work as a community to end oppression. The institute has an intense focus on reconnecting Black trans people to Johnson’s legacy by offering fellowships, training, and special events that align with the organization’s mission, which they pursue, in part, through their “Freedom Beyond Imagination Coalition.” They encourage Black trans people to reclaim autonomy over their bodies and their minds, while demanding the right for a better future.

The Sylvia Rivera Law Project’s (SRLP) mission and work is rooted in self-determination, an idea that encourages trans people to be in charge of their lived experience. Gender identity isn’t separate from racial and economic justice, so, since 2002, the SRLP has been intentionally providing legal services to queer people of color, highlighting the need for meaningful political participation that not only allows leadership, but affords queer people of color access to basic necessities. The Survival & Self-Determination Project helps low-income trans people gain access to critical services that help validate their identity, specifically healthcare and immigration rights information. SRLP also has a Prisoner Justice Project that assists in civil matters related to name changes, mental health, and conditions of confinement.

Given the moment we’re in, it feels especially important to highlight the organizations that are working beyond marriage equality.

Black and Pink, founded in 2005 by Reverend Jason Lydon, has long supported LGBTQ and HIV-positive people who are incarcerated. After spending more than six months in jail, Lydon realized how much injustice LGBTQ people face in the prison system and began working to change it. Black and Pink, which is now led by Dominique Morgan, has several programs that focus on uplifting incarcerated queer people. From a penpal program to a newsletter, the goal of Black and Pink is to ensure that LGBTQ and HIV-positive people know their rights and have the freedom to exercise them. Black and Pink also has a TRANSitions program that offers safe housing for people who are impacted by the prison–industrial complex, and in 2020, they opened the Lydon House, an inclusive space in Omaha, Nebraska, that offers safety and resources to LGBTQ people in the local area. In 2019, this organization even partnered with Bitch Media to provide incarcerated folks with back issues of the magazine and drive donations to Black and Pink.

Stonewall Community Foundation, an organization deeply connected to the rich history of the LGBTQ movement, is ensuring that LGBTQ organizations have the resources needed to survive. The organization has given more than $20 million in grants since its founding in 1990, still funds more than 100 nonprofits a year, and offers a significant amount of financial support to LGBTQ refugees and asylum seekers. The Stonewall Community Foundation recognizes that LGBTQ people need organizations for us, by us that build collective power from the ground up.

Read this Next: Holy Sanctimony 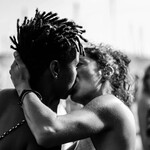