“Orlando” Is 30 Years Old, but It’s Still Groundbreaking in Its Transfemininity | Bitch Media

“Orlando” Is 30 Years Old, but It’s Still Groundbreaking in Its Transfemininity 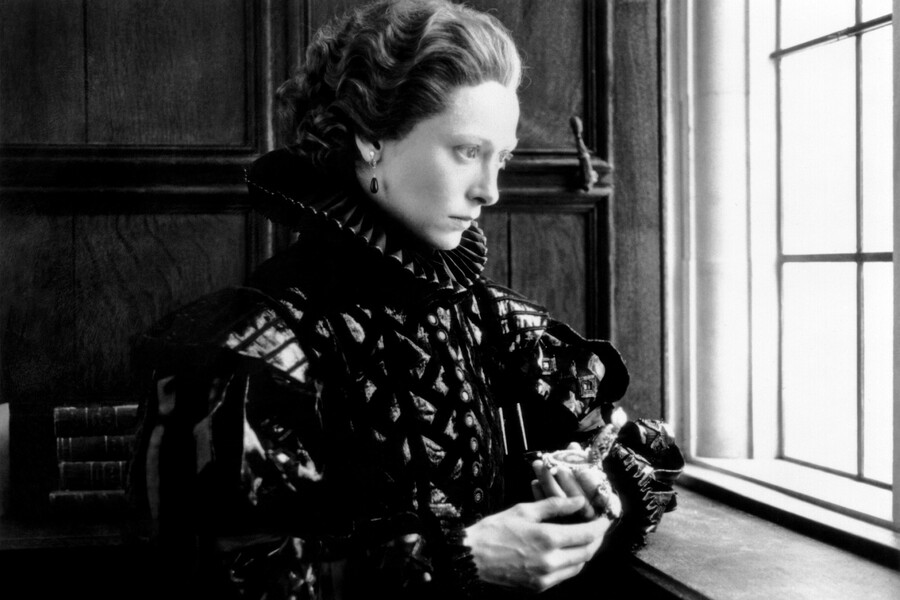 It was 2014, and something was bound to burst. It was the last year I would live thinking of myself as a man, but the seams were already starting to come apart. The stories I was engaging with and writing were those of women and trans people, a fixation I wrote off at the time as part of trying to be “a good man.” It was only a matter of time before it became too obvious to ignore any longer, and a college class devoted entirely to women in film would set the course for my revelation with one particular screening: Sally Potter’s 1992 film Orlando.
Released 30 years ago, Potter’s seemingly “unmakeable” adaptation of Virginia Woolf’s 1928 novel reimagines the writer’s ode to her close friend and lover, Vita Sackville-West, in the larger context of gender politics across history and into the late 20th century. Though the movie retains the novel’s general structure—charting the unaging genderfluid existence of its title character (as played by Tilda Swinton in her breakout performance) from the Elizabethan era to the modern day—the changes Potter makes in translating the story into a film broaden the scope to embody the greater truths of those who stray from gender norms.
Much of the film’s observations on this subject come from Orlando’s own gender performance against customary expectations. In the first half of the film, living as a man, Orlando experiences heartbreak and attempts to become a poet in order to express emotional vulnerability; meeting ridicule, the protagonist turns instead to the more masculine-coded pursuit of wartime diplomacy. It is only after Orlando is unable to comply with the unsympathetic demands of armed conflict that his identity as a man fully breaks apart, and he awakes the next day transformed into a woman. As the film’s press kit notes, “Orlando’s change of sex in the film is the result of his having reached a crisis point—a crisis of masculine identity.” This particular phrasing feels especially familiar to me, as I imagine it does to many other trans women, because it’s a crisis I’ve experienced firsthand. When we who are trans realize we don’t see ourselves in the gender we’re expected to perform, it tears down the walls that boxed us in our whole lives.
What makes Orlando especially astute is that it recognizes that the act of transition itself is not the endpoint, and the film spends much of its second half portraying the difficulties many trans women find in fitting in with the standards of cisnormative femininity. Much is made of Orlando’s challenges in navigating misogynist remarks from her male peers or the cumbersome feminine attire of the late 1700s. Consequently, once she finds that her change in sex makes her unable to claim the land she rightfully owns, Orlando veers from the gendered presumptions of marriage and bearing a son. She instead concludes the film with a potential book deal and a daughter as a show of her ability to thrive against rigid expectations of womanhood.
The film’s press kit describes this turn toward personal freedoms over social customs as Orlando “[finding] that she cannot conform to what is expected of her as a female either.” This, too, is a sentiment in which I see myself. The longer I live openly as a woman, the more I find that my greatest comfort and happiness is in straying from normative femininity. I find contentment not in the approval of cisgender gatekeepers, but in the satisfactions of becoming a woman on my own terms, or in the love and acceptance of transfemme friends. After all, if my definition of womanhood cannot be accommodated by the cis standards of femininity, why bother contorting myself into an impossible shape of a woman at all?

Where Orlando truly stands out and feels ahead of its time, however, is in its focus on the mundanities of gendered microaggressions toward women—something I had never seen addressed in relation to transness in a film before. The social impositions and estate restrictions Orlando faces in presenting as a woman speaks to a quiet assertion of hegemonic gender norms that resonates with me the longer I live as a woman. Because, as I have become more aware the further I got into transition, even when cisnormative society unquestioningly sees you as a woman, it will still impose its inequities toward women on you. And yet, Orlando is still ultimately allowed to exert her freedom and autonomy at the film’s end, a resolution that is a far cry from the exploitative tragedies of films in the same decade like Boys Don’t Cry (1999)—made all the starker by both these films being a part of the same class’s syllabus.
Small subtle graces like these, bestowing oft-deprived dignity to trans people, are scattered throughout the movie, including right at the film’s beginning. In the first of its period vignettes, Orlando (as a man) meets with Queen Elizabeth I—similarly cast against cisnormative standards with trans icon Quentin Crisp in the role—who bestows upon Orlando a decree that he not “fade,” “wither”, nor “grow old.” By rendering this pivotal moment—an invention of Potter’s—as one between two gender nonconforming people, the scene becomes a literal bolstering of life from one trans person to another, a luxury many trans people are not afforded. With this, Orlando’s immortality itself epitomizes the strength trans people can draw from one another.

Orlando’s story is not confined to 1928, nor 1992. It does not fade, it does not wither, it does not grow old. It lives as long as Orlando does.

Orlando also remains refreshingly modern in its handling of the trials in being loved for one’s transness. Shortly after Orlando becomes a woman, an archduke proposes to her so she can keep her property—an act that itself asks her to sacrifice her autonomy in order to belong to him. The archduke’s attempts to woo her—praising Orlando’s “perfection of sex… whether male or female” and calling her “ambiguous sexuality” something he must “tolerate”—feel awfully familiar to trans people sought after by prospective cis lovers: these sentiments, where one’s transness is demeaned to make them feel like no one else could possibly love them, are all too common.
But Orlando, luckily, does find a more caring and compassionate form of love shortly thereafter in her time with Shelmerdine (played by Billy Zane). Though Orlando never explicitly discloses her history to Shelmerdine, Shelmerdine validates her past (which she describes with the hypothetical “if I were a man”) by acknowledging—unprompted—how she “[chose not] to be a real man at all.” This moment hits with a pang of profound recognition for me, as it reminds me of what it feels like to find someone whose open-mindedness and sensitive understanding allows them to love you because you are trans rather than in spite of it. It embodies the stinging fear I pushed through in opening myself up to cis people, and getting unexpected kindness and warmth in return. Shelmerdine’s presence offers the film a rare example of seeing a trans protagonist met with genuinely benevolent love from someone who isn’t trans, a sensibility that he demonstrates by then hypothesizing whether straying from gendered expectations “if [he] were a woman” would make him “a real woman.”
In many ways, Orlando feels as if Sally Potter set out to make an adaptation that proved the staying power of Woolf’s story far beyond either artist’s lifespan. Just as Orlando the novel ends in its then-contemporary year of 1928, Potter’s film ends firmly in the 1990s, jumping past where the book concludes to lace its denouement with motorcycles and VHS camcorders. By doing so, Potter illustrates the innate timelessness of the narrative—that trans people have always existed and will always exist, that trans women will continue to see their lives and the gendered expectations cast against them in Orlando’s ever-shifting social role. Orlando’s story is not confined to 1928, nor 1992. It does not fade, it does not wither, it does not grow old. It lives as long as Orlando does.

This much is true for myself: seeing the film in 2014, I felt something catch inside me at the pivotal scene where Orlando wakes up and suddenly discovers, seeing her nude reflection in the mirror, that she is a woman. Though I didn’t yet have the ability to know why I would turn this moment over in my head restlessly for months afterward, the distinctiveness of this moment gnawed away at me. Perhaps it was the subconscious wish for the same, or wanting the bravery with which she shirks a male identity. Regardless, I began clinging to Orlando’s words seeing her new gender before her eyes, “Same person. No difference at all. Just a different sex,” unaware just how much I would soon take them to heart.
The year after I first saw Orlando, I had my own epiphany of gender catching my glimpse in a mirror. I came home from a late night out, and a passing glance at my reflection suddenly turned into a realization that what I saw looking back at me was a woman. Even in the moment, the symmetry between that scene and this major personal revelation struck me. When I think now of the myriad ways I found the film mirroring my transition that followed, that astonishment is all the stronger. 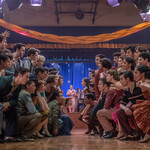 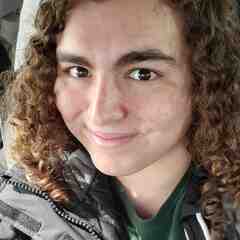 Natalie Marlin is a trans freelance film and music writer based in Minneapolis. Her work includes everything from queer/trans analyses of visual media to interviewing rising artists and niche abrasive musicians. Her writing has been featured in Paste, Post-Trash, and Allston Pudding. She spends far too much of her time on Twitter.