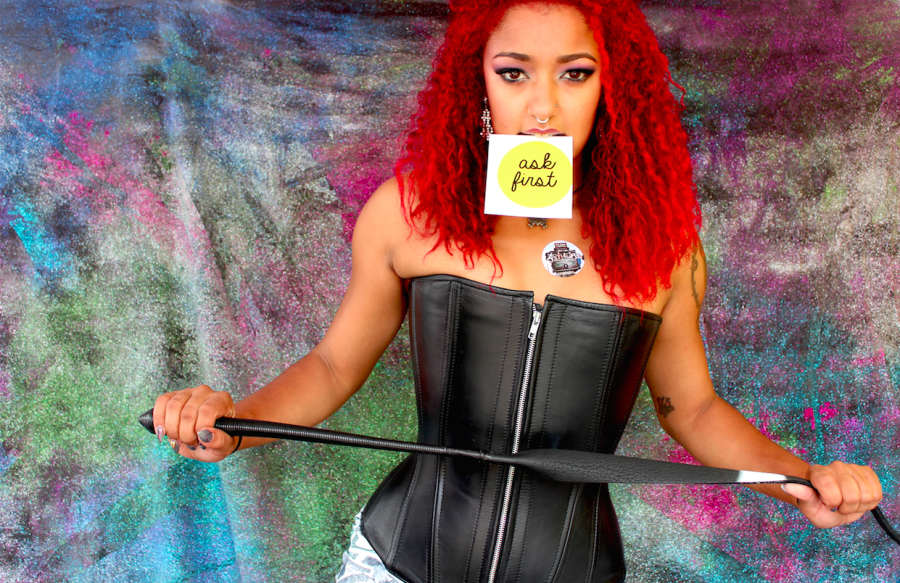 It's the last day of 2015, so we're reflecting on the great writing we've published this year at Bitch. In addition to our quarterly print magazine, roughly 150 writers published about 700 original articles online at BitchMedia.org in the past year. That's so much feminism and pop culture! During the long weekend, here is some commentary to catch up on: Our 25 most highly read articles of the past year.

1. Why Is No One Talking About Kesha’s Rape Case?

What are we to take from the reality that few people seem to care about Kesha’s case? Her public image is as a crass party girl and Dr. Luke helped her career in many ways—is her case being overlooked because she doesn’t fit into the “perfect victim” mold?

2. Slip On These “Whiteness Goggles” and Watch the Violence of Cultural Appropriation Disappear

A new series of prints by artist Roger Peet aims to address a tricky topic: cultural appropriation. Frozen in time, Miley Cyrus joyfully twerks with her tongue in its signature position, a hipster wears a keffiyeh, and Katy Perry smiles in her American Music Awards geisha costume.

3. Patricia Arquette Undermined Her Own “Most Feminist Moment” of the Oscars

In a backstage interview after her acceptance speech, she elaborated that after the age of 34, female actors earn far less than their male colleagues. But unfortunately, here’s where Arquette’s speech unravels.

4. Female Film Directors Put Together a List of Must-See Movies Made By Women

At a time when audiences are hungry for a diversity of stories on screen, we’ve compiled a list of recent films directed by women that everyone should see, as well as a selection of older titles which continue to inspire us.

In her weekly sex-centric comic, Erika Moendetails the basics of human genitalia.

6. The Problems With Trainwreck’s Casual Racism

Every time I go into a movie theater, I am reminded that movies—even when they're lighthearted and intended to be escapist—are usually serving a straight, white audience.

7. Behold! A Portrait of Donald Trump Made from Menstrual Blood

Trump made an appalling comment about Fox debate moderator Megyn Kelly, saying “you could see there was blood coming out of her you know what.” In response, an artist has made a portrait of Donald Trump out of blood from her you know what—and is donating all proceeds from sales of the portrait to an immigrant rights organization.

On Game of Thrones, there are plenty of characters to hate. You have your pick among the brutal and horrific Lannister family or you could go for any of the leaders of the ironically named Free Cities, who hold thousands of slaves

In June, families in the hill-top city of Kodaikanal have been protesting Unilever, which operated a local thermometer factory that dumped toxic mercury waste outside for 14 years.

While guns will be allowed on campus, the University of Texas has strict rules forbidding a certain non-lethal item—dildos.

I'll never understand why people make fun of cosplayers for being nerds but then go all out to dress up at Halloween. Costumes are great!

12. Even A Stuffed Bear Gets More Respect Than Trans People

Maybe you missed the first installment, but Ted was a 2012 box office hit by the retrograde dude-bro auteur behind Family Guy.

Let’s just get this clear at the outset: New film The DUFF is based on the premise that every group of female friends has a “Designated Ugly Fat Friend” whose sole purpose for being in the group is to act as a gateway to her prettier companions.

14. Here’s What Bothers Me About the New Dove Ad

These ads each depend on the assumption that in order to be happy, empowered, or confident, women need to feel beautiful.

15. Cutting All the White People Out of Many Hollywood Films Makes Them Under a Minute Long

Actor and writer Dylan Marron is doing a project that helps make the lack of people of color on-screen clear: He’s editing down Hollywood films to be just lines spoken by people of color. Often, the resulting videos wind up being 10-60 seconds long.

16. We’re Not Done Yet: 10 LGBT Equality Issues to Keep Working on Tomorrow

Any day that Scalia is unhappy is a great day for Americans. But marriage is a starting point, not an ending point, for full LGBT equality.

17. A Comic About One Woman’s Pregnancy

Cartoonist Rebecca Roher drew this beautiful comic about the honest ups-and-downs of pregnancy.

18. The Five Most Sexist Moments in Jurassic World

When the most relatable female character is literally a carnivorous dinosaur (go Blue!), you know the script is in trouble.

19. What to Say—And What Not to Say—After Someone Has a Miscarriage

Miscarriage is confounding. Our cultural silence surrounding pregnancy loss makes it even worse.

For all of our ability to analyze and critique, the left has become rooted in what is. We often forget to envision what could be. We forget to mine the past for solutions that show us how we can exist in other forms in the future.

In a culture built on violence, patriarchy, and fear, even the men lose in the end. The best they can hope for is the ability to scrape out a little more time, a little more water, and a little more gas.

22. Before You Binge-Watch Orange is the New Black, Five Facts to Know About Pregnancy in Prison

Pregnancy behind bars actually isn't uncommon in the United States.

23. 16 Writers Take on the Stigma of Not Having Kids

In the new anthology Selfish, Shallow, and Self-Absorbed: Sixteen Writers on the Decision Not to Have Kids, 13 female and three male writers open up about their experiences opting out of child-rearing.

24. 10 Great Films to Watch Instead of the Oscars

The Oscars are like four hours long—in that span of time, you could watch two excellent movies from this year that were overlooked by the Academy. Consider it a double feature of films too unsettling, weird, and indie to ever win over the hearts of a critical mass of elderly white male Oscar voters.

25. This is What Consent Looks Like at a Kink Festival

Learning the rules of consent is important for everyone trying to get kinky in a shared space. Non-consensual touching is strictly off-limits at the Folsom Street Fair. 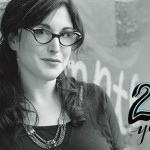 by Bitch HQ
To celebrate our 20th anniversary year, we've asked the folks who've helped make Bitch Media what it is today to answer five questions on feminism, pop culture, and Bitch Media.