• But why: Miki Agrawal, the co-founder of Thinx, is writing a book called Disrupt-Her, which is described as “a personal development manifesto that explores the good, bad, and ugly for women who want to disrupt social norms, remove the filters that are holding them back, and design more successful and meaningful professional and personal lives.” [The Cut]

• Why is Betsy DeVos listening to groups that smear rape survivors? [Rewire]

• Ugh, the first segment of the proposed border wall would run through a wildlife refuge in Texas. [Colorlines]

• R. Kelly is holding teenagers in a “cult.” [Buzzfeed]

• On her sixth studio album, Here, Alicia Keys steps fully into her spiritual, political, and socially conscious self. [Ilana Kaplan] 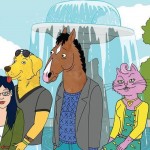