• Convicted sexual assailant Owen Labrie tried and failed to get a new trial. [The Cut]

• Check out the best March for Science signs. [Quartz]

• Bill O’Reilly is out at Fox News! [The Los Angeles Times]

• Stare into the heart of whiteness with Rachel Dolezal. [The Stranger]

• Juan Manuel Montes may not actually be the first DACA recipient deported under Trump. [Remezcla]

• How the Trump Administration has weaponized photographs of agony. [The Slot]

• Richard Spencer doesn’t actually have any fans. [The Root]

• From the archives: Why do we continue to downplay or ignore entirely the strong possibility that consensual sexual experiences between adolescents could also have positive effects? [Rebecca Koon]

• When we look beyond space tourism to a permanent settlement on another planet, who do we see there? [Jessica Franken]

• Despite our profound contributions to our own communities and the nation as a whole, Native American stories and voices have been long ignored by mainstream social culture. [Abaki Beck] 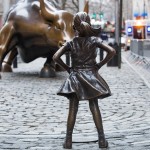