• On belief and The Leftovers. [LitHub]

• How to talk to your white best friend about racism. [The Establishment]

• An eight-year-old girl’s soccer team was disqualified because organizers thought she “looked like a boy.” [Remezcla]

• “If you look at the difference between Teen Vogue and Vogue, the natural progression from Teen Vogue is not to Vogue—it’s to Bitch.” [Slate]

• Wonder Woman feels like a movie directed by two people when the shores of Themyscira fade into the horizon and the action shifts to the dark, depressing world of man. [Kendra James]

• What is a hookup, anyway? That’s exactly where Lisa Wade comes in with her new book, American Hookup: The New Culture of Sex on Campus. [Ana Valens] 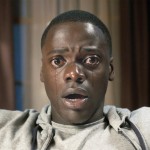 by Bitch HQ
We are living in the golden age of horror.