• Janelle Monáe gave a rousing performance Friday on NBC’s Today show with the protest anthem “Hell you Talmbout.” But she was awkwardly cut short while speaking to the audience about police brutality and systematic racism. Here, give the song a listen. [The Root and Jezebel]

• Ever wondered the trials and tribulations of the mothers whose sons left them to join ISIS? This piece gives us a look into the lives of four such mothers who tell the vexing and emotional stories of their sons’ abandonment.  [Huffington Post]

• Neighborhoods with a high concentrated of poverty are on a rise and they are limiting the growth of Black folks more than white folks. A new report by Century Foundation, “Architecture of Segregation,” finds out how this concentration of poverty is caused by the “larger structural forces, political decisions, and institutional arrangements.” [Washington Post and the Century Foundation]

• University of Alabama sorority Alpha Phi took down a ”recruitment” video that portrayed diversity issues on its campus. The video not only commodifies women but also glorifies white sisterhood. The sorority has made its social media handles private since the backlash.  [Jezebel]

• “The greatest trick that white supremacy ever pulled was positioning racism as merely a belief system and not a power structure built on the bones and forced labor of Back people,” writes Root.com’s senior writer, Kirsten West Savali, in this moving piece.  [Al Jazeera]

• Desegregation of schools may not be enough to mend the “achievement gap” between Black and white students. But it’s a start. In this two-part series, New York magazine staff writer Nikole Hannah-Jones reports on the problems of one of the most segregated school districts in the United States, Normandy, Missouri, which is also where Michael Brown went to school. [This American Life]

• Check out this list of 10 boundary-pushing female photographers who take self portraits to a new level. iiu Susiraja, below, uses her portraits to examine the relationships between women and the domestic home. [Dazed & Confused] 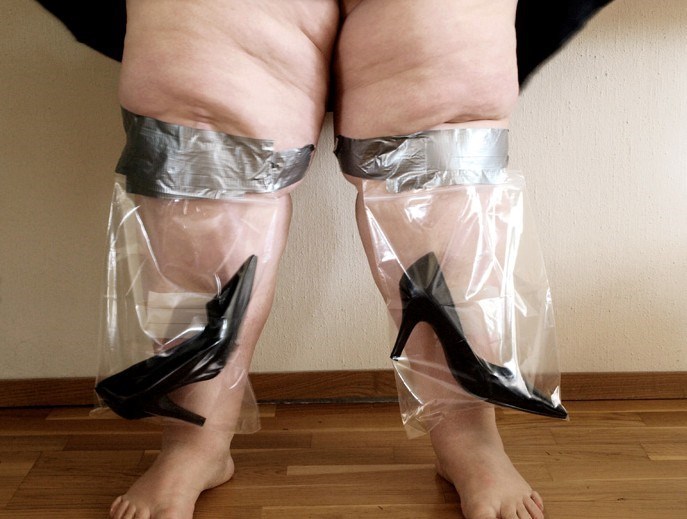 Don't forget to share what's on your radar in the comments section below!