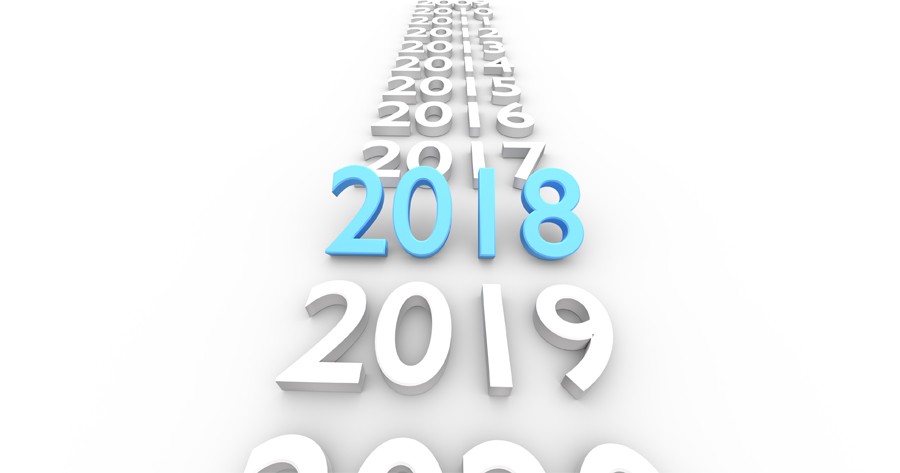 We’ve dusted off 2017 and are ready for a new year. Who knows what this year has in store for pop culture, politics, and media? Of course the answer is that no one knows, but we got some of the Bitch Media staff together to talk about our projections, hopes, and predictions for the new year. We are anticipating a bitchin’ 2018. Read on to hear Bitch media cofounder, Andi Zeisler and the editorial staff: senior engagement editor, Dahlia Grossman-Heinze, senior culture editor, Evette Dionne, and editorial director, Lisa Factora-Borchers.

What piece of pop culture are you looking forward to the most in 2018?

DGH: This has got to be the year that Nicki Minaj’s new album comes out, right? Make it so!

ED: I am really looking forward to A Wrinkle In Time, Black Panther, and Ocean’s 8. I think we’re entering a moment where creators of color are flexing their cultural muscles, and bringing their visions to life. I’m definitely excited to see all of the incredible work that will spring from that creative well.

AZ: I’m really excited about how excited my kid is to see Black Panther. He reminds me several times a week that it’s coming out in February.

I feel more frantic than excited about all the new TV that’s coming, mainly because I’m still trying to get through all the fall TV I was excited about. But two new shows that I’m really looking forward to are The Chi (Lena Waithe’s HBO drama series), and Siren, which is a new Freeform series about KILLER MERMAIDS and that’s really all I need to know. I am asterisk-excited for Matthew Weiner’s new series, The Romanoffs, meaning I cannot actually get excited now that we all know Weiner sexually harassed a Mad Men writer, but I would have been. Dudes: STOP RUINING POP CULTURE FOR ME IN 2018.

LFB: There are so many great cultural moments coming up in 2018, but I gotta say: I am agonizing over how Scandal is going to end. How is Shonda Rhimes going to bid adieu to Olivia Pope? To Olitz? The hashtags that have sprung from this show #WhatTheHuck and #PapaPope have been legendary! How will this end?!  I’ve watched Scandal from the very beginning and every time I thought it was over—like the panic moment a couple years ago when fans were convinced Scott Foley’s character, Jake, had been killed—Shonda introduced something even more screwy and knocked me off my chair. My expectations are high and I know Shonda is going to deliver!

What are some political projections or hopes you have for this year?

DGH: Very looking forward to the blue tide coming for Trump in November.

ED: I’m really hoping that Donald Trump is impeached in 2018. Beyond the alleged collusion between the Trump campaign and the Russian government, his administration is rolling back legislations and protections that make marginalized communities even more vulnerable. Yes, our national security is at stake, and so is the well-being of the least-protected among us. I am also hopeful that America will finally have its first Black female governor. Stacey Abrams has the potential to become Georgia’s governor, and if she wins, she’ll achieve that historic feat. I’d also like to see more women of color and Black women both run for office and receive the support needed to win. I’d like for “Black women to save us” to become more than lip-service, and that requires supporting Black female candidates and helping them get elected.

AZ: My main hope for 2018 is that supposedly reputable news organizations like The New York Times stop pussyfooting around the fact that Donald Trump has accomplished nothing, does nothing, and spews nothing but lies. Stop telling us he’s brought “accessibility” to the office. Start pushing back when he lies to journalists’ faces. Just cut the shit and tell the truth.

LFB: I am going to speak three things into reality. First, the midterm elections are going to rock and slap the GOP in the face. Most people—regardless of political affiliation—are sick of this shit. This whole “post-truth” era is bull, because most people seek and make truth matter. It matters. Gaslighting is going to wear off and folks are going to do what they can to take power away from the GOP. Second, 45 is going to be impeached. Third, Ivanka is going to understand what the word “complicity” means.

Share a resolution or personal hope for yourself in 2018.

DGH: Thanks to my mom I’ve started doing online zumba videos for my main exercise. In 2018, I will learn this dance to “Bella Y Sensual” in full. My main impediment so far has been that my cat Howard likes to stand in the middle of the floor and stare at me with confusion and concern while I’m trying to dance.

ED: I believe firmly in affirmations. I can’t know where I’m going if I don’t have a vision for myself. In 2018, I’d really like to prioritize my physical, mental, and emotional health. I’m finding a good therapist and sticking to my appointments. I’m hiring a nutritionist and physical trainer, although losing weight is not my goal. I am listening to my body’s needs, and setting boundaries that protect my peace and my happiness. Achieving balance is an ongoing goal, and I believe these small steps will help me accomplish that larger goal.

AZ: I’m doing the thing where every day you write down something good or meaningful that happened, even if it’s small, so that at the end of the year you can recall those things. Credit to the Bitch staffer who gave me the idea. (I think it was Amanda?)

LFB: I love all of those! I’m actually doing some form of all of those—online Zumba, prioritizing health, and writing down the meaningful moments in life. The overhead vision I have for myself in 2018 is “relationships.” I am investing myself into face-to-face, cheek-to-cheek, skin-to-skin, we’re-breathing-the-same-air moments with the people I’ve loved my whole life and have loved me in return. I deserve that and they deserve more from me, too.

DGH: My fave new rapper, Bad Bunny, is definitely going to blow up this year.

ED: Girl’s Trip writer Tracy Y. Oliver is going to have a mega year. She’s adapting The First Wives Club for the Paramount Network and is working with Pharrell Williams on an adaptation of Survive the Night. I’m just convinced that she’s going to continue shaking the table after such a successful 2017. I also have this strange inkling that my favorite person, Beyoncé Knowles-Carter, is coming. I don’t know if Destiny’s Child’s going to reunite to commemorate their 20th anniversary (please let this be the case), if she’s going to release a new album (maybe with Jay-Z?), or if she’s just embarking on another tour, but muva is coming, and I’ve started putting money aside just in case.

AZ: Black feminism. Three great writers—Ijeoma Oluo, Morgan Jerkins, and Brittney Cooper—all have books coming out in the next two months. Plus, Democrats need to wise up to the fact that Black women are their base, and Alabama’s Senate race has hopefully built some momentum for that.

LFB: Creative, marginal voices. I think the pop culture enthusiasts and investors are slowly understanding the economic power of communities of color and LGBTQ communities. Pop cultural representations of cis-white-hetero supremacy are in their sunset. 2018 is going to belong to folks long impacted by injustice and we will see more writers, artists, performers, creators, and visionaries finding their platforms and building homes for their work and messages. 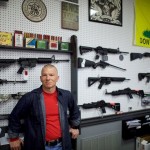 by Bitch HQ
Trump talked about one of the deadliest shootings in American history without saying the word “guns.”