“Outlander’s” Signature Romance Might Be Its Downfall | Bitch Media

In Outlander’s Season 3 premiere, Jamie Fraser (Sam Heughan) finds himself in unforeseen circumstances: He’s alive. It’s 1746, the Battle of Culloden has gnashed its way to an annihilatory conclusion, and the battlefield is littered with the battered, rag-doll bodies of the Jacobite army. Grievously wounded and in shock, Jamie remains among his fallen brethren as night darkens the landscape and a delicate snow dusts the corpses like salt on raw meat. Suddenly, his attention is seized by a feminine form gliding across the battlefield: It’s his wife, Claire Randall Fraser (Caitriona Balfe), who has just returned to the 1940s—present day, in the world of the show. Her attire, a white nightgown cut according to 20th-century fashion, reminds us of the couple’s temporal alienation—she is, after all, an apparition contrived by her husband’s fevered brain. And yet, to Jamie she seems impossibly, splendidly near. Meeting his wild gaze with her own gentle visage, she asks, “Are you alive?”

Despite relinquishing all tomorrows and rushing—so he thought—into death’s arms, Jamie is burdened with the grind of a lonely future. What is he to do? He doesn’t know. And unfortunately, neither does the show.

Although Outlander is ostensibly a story about time travel, it’s first and foremost a romance. Claire and Jamie share such crackling chemistry that we feel engaged in an act of collective voyeurism. The wuthering expanse of the Scottish Highlands furnishes an epic backdrop for any love story, and indeed, everything about Outlander—the grandiose landscape, the charged historical milieu, the incandescent sex—posits Claire and Jamie as extraordinary soul mates.

Yet with the beginning of its third season, the show stumbles into a narrative snare. In the final episodes of Season 2, the lovers face a historically assured Jacobite defeat and—they believe—Jamie’s imminent death. A shattered Claire travels once more through the standing stones at Craigh na Dun to assume her former life. Now early in her second pregnancy, she has promised Jamie that she will ensure their child’s safety. It’s the sort of heartbreaking and opaque ending that leaves us gnashing our teeth, even though the characters’ reasoning is sound. 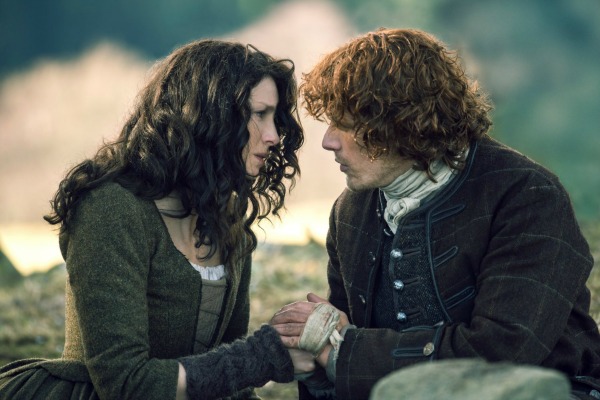 The problem is that our lovers are now indefinitely separated, and the ebb and flow of their romance is Outlander’s primary attraction—all else pales in comparison. And so the third season’s first several episodes submit viewers to an aching trudge. To be clear, the triumph of a romantic narrative nearly always unfolds from two lovers surmounting adversity. But these successful story arcs generally incorporate a cast of compelling characters and relationships, or keenly explore the lovers’ respective interior lives. The template for Outlander—and for any story in which two lovers are separated and seeking reunion—is The Odyssey: While Odysseus’s paramount goal is to return to his wife, Penelope, the journey itself is compelling. It’s a flexible model that has been reimagined in myriad ways.

In Ian McEwan’s Atonement, star-crossed lovers Cecilia Tallis and Robbie Turner endure the brutalities of World War II, sustained by the memory of a brief but ardent declaration of love. Both the novel and the 2007 film adaptation frame the romance with the perspective of Cecilia’s younger sister, Briony, whose jealousy and misunderstanding catalyze the lovers’ estrangement. Charles Frazier’s Cold Mountain, adapted as a film in 2003, depicts the wartime separation of Ada Monroe and W.P. Inman by chronicling their respective trials and the platonic relationships forged in the meantime. In each of these cases, the reader or viewer’s emotional investment extends beyond the romantic estrangement to consider other characters and the narrative tributaries born from it.

Outlander shares similar goals—in its third season, the show wants its viewers to develop attachments to auxiliary characters, including Claire’s daughter, Brianna (Sophie Skelton) and Jamie’s young surrogate son, Fergus (Romann Berrux)—and they are far more successful in the latter than the former. But when, for two seasons, a show prioritizes its leading couple to the detriment of other relationships, it’s nearly impossible to summon emotional investment when we’re suddenly forced to rely on them. Outlander boasts a gangbusters cast: Tobias Menzies, who doubles as Claire’s first husband, Frank, and his tortured, barbaric ancestor, Jack Randall, is especially arresting in his capacity as a villain. Duncan Lacroix, as Jamie’s surrogate older brother, Murtagh Fraser, provides gruff comic relief and gravitas in equal measure. And Laura Donnelly is criminally underused as Jamie’s dauntless and hotheaded sister, Jenny. 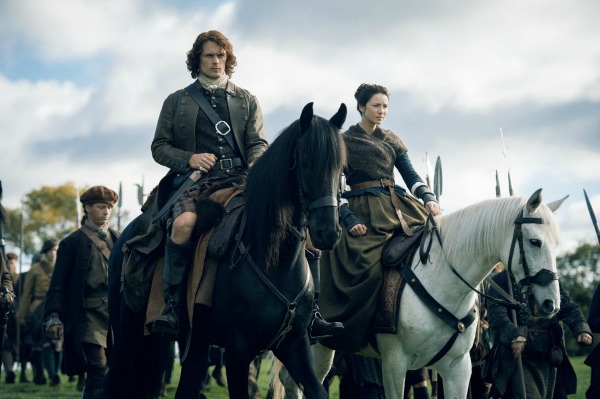 With such talent at their disposal, it’s absurd that with the exception of Randall’s cruel cat-and-mouse pursuit of Jamie, Outlander’s writers haven’t forged more provocative connections between Claire, Jamie, and their friends. Even Murtagh and Jenny register more as intriguing acquaintances than cathectic cornerstones. And Claire’s voiceovers are one of the show’s weaker, not to mention aggravating, elements—they rarely tell us anything we haven’t already discerned, and they offer little evidence of her complex interiority. Outlander does not need to dip into the realm of cerebral drama, but if we cannot fully appreciate the characters surrounding Claire and Jamie, their own conflicting desires and allegiances must receive more careful attention from the writers. In other words,  if Jamie is going to sequester himself in a cave, unshaven and brooding, we should want to watch him do that.

When Season 3 begins, we, like Claire, are thrust back into her marriage with Frank, but without a clear sense of what they’ve actually lost. We know that Claire struggles with her bigamous predicament in the first season, but it seems more a matter of integrity than heart; we’ve scarcely met Frank before Claire is swept back to the 18th century. And with the exception of one or two flickering instances—she does consider returning to him after marrying Jamie in the first season—the show doesn’t indicate to what extent Claire mourns Frank, or why she even should. Jamie might be her soul mate, but Claire doesn’t abandon Frank by choice—notably, they have only just reunited after Claire’s work as a field nurse in World War II necessitates a separation. Are we to believe that her relationship with him was always romantically feeble, even before Jamie? Balfe and Menzies do, however, nimbly depict a marriage on the fritz—the trembling atmosphere bearing down on their shoulders, the hyper-performative joviality that gives way like sand.

Because Frank is inconvenient to Claire’s romance with Jamie, I would prefer to disregard him as emotionally irrelevant. The show, to its credit, does not allow that. 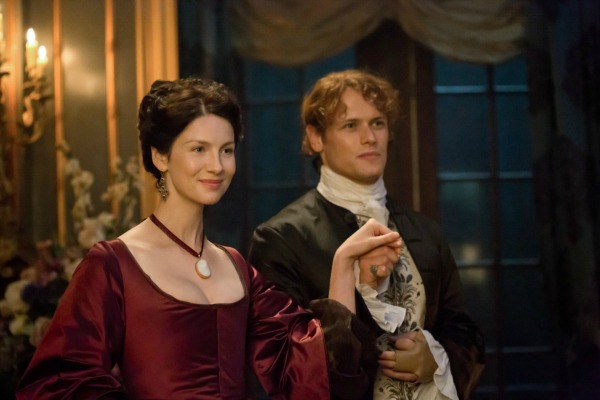 Jamie, meanwhile, does encounter new companions and adversaries in the decades preceding his reunion with Claire, but the development is always haphazard. He befriends another soldier in the English army, Lord John Grey (David Berry) who clandestinely reveals himself to be gay. Unfortunately, Outlander’s showrunners seem incapable of writing a queer character without rendering them even slightly predatory. One scene in particular is acutely disappointing because, in a perfunctory effort to remind us of Jamie’s sexual trauma, the show lazily proffers a hazardous stereotype—and, in so doing, Grey behaves in a manner discordant to his character. In a later episode, we’re reminded of this scene in a crass attempt at humor. Frankly, far too many of Jamie’s dilemmas arise because people want to sleep with him. Something like this could be played for laughs, but the show seems unaware of its well-trodden plotting pattern.

We do not need superfluous reminders that Jamie Fraser is a uniquely beautiful man. Or rather, we welcome those reminders so long as they rely predominantly on golden-lit male nudity rather than hackneyed premises.

By the sixth episode of Season 3, Outlander nearly regains its footing, but prior to that, our reintroduction to the show is queasy, rife with dramatic scenarios that grasp at our heartstrings but, more often than not, barely graze them. For too long, the show totters across unwieldy ground, attempting to elicit investment in relationships too new or inchoate. Outlander is nothing if it is not the picturesque, inconceivable adventures of Claire Randall Fraser and her swashbuckling redhead. We’re ready for the next chapter—no need to delay. 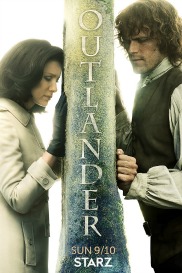