#OwnVoices is Being Warped to Attack LGBTQ Authors | Bitch Media

Queer Pressure#OwnVoices and What We Demand of Queer Authors 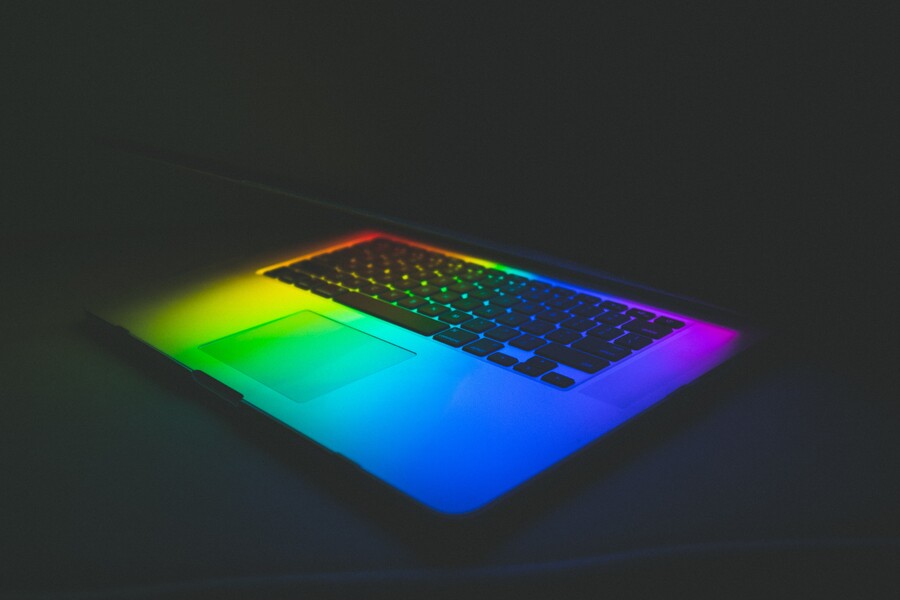 “The thing is, I called myself straight in a bunch of early interviews,” bestselling author Becky Albertalli wrote in a Medium article published in August. “But labels change sometimes. That’s what everyone always says, right? It’s okay if you’re not out. It’s okay if you’re not ready. It’s okay if you don’t fully understand your identity yet. There’s no time limit, no age limit, no one right way to be queer.” Albertalli is the author of the 2016 novel Simon vs the Homo Sapiens Agenda, which was adapted into the 2018 film, Love, Simon, and the recently released Hulu series, Love, Victor. Though the book was only released four years ago, it feels as if it has been a part of the queer YA canon for much longer. Albertalli, in particular, has become a staple in the genre: Since Simon vs the Homo Sapiens Agenda hit the top of the New York Times bestseller list, she has published multiple books, including What If It’s Us (2018) and Leah on the Offbeat (2019)—and her success has also subjected her to great scrutiny about her presumed heterosexuality.

But in that Medium post, Albertalli put as many of the rumors about her queerness to rest as she could. “This isn’t how I wanted to come out,” Albertalli wrote. “This doesn’t feel good or empowering, or even particularly safe. Honestly, I’m doing this because I’ve been scrutinized, subtweeted, mocked, lectured, and invalidated just about every single day for years, and I’m exhausted. And if you think I’m the only closeted or semi-closeted queer author feeling this pressure, you haven’t been paying attention.” The way we talk about queerness and coming out has always been complicated and will always be complicated, but these conversations are magnified when tense intracommunal disputes come into play, and the YA community, especially online, and especially among #OwnVoice authors, has become reflective of these layered larger issues. When author Corinne Duyvis created the #OwnVoices hashtag in 2015, her intentions were pure. She wanted to “recommend kidlit about diverse characters written by authors from that same diverse group,” but over time, the hashtag has morphed from a community-building tool to a power struggle in which members of the YA community demand that authors prove that they have the right to tell specific kinds of stories.

“Own Voices can be a useful tool to find stories by marginalized people who share their characters’ identities. I always prioritize, for example, reading Indigenous books by Indigenous authors, or reading trans books by trans authors,” Alaina Lavoie, the communications manager for literary nonprofit We Need Diverse Books, told Bitch. (Alaina has also contributed to Bitch.) “[But] the book community has, at times, transformed [#OwnVoices] into a weapon to criticize authors on the basis of their identity alone, not on the strength of their work.” Writer and podcaster Gaby Dunn (who has contributed to Bitch), who is bisexual, reinvigorated the conversation around #OwnVoices and queerness on September 10 when she tweeted, “I sort of think you shouldn’t write/create queer media and then feel weird when people ask if you’re queer??” It’s a fair point to raise, especially as more queer authors publish books. Readers, especially those who want to support books written by authors from marginalized communities, want to know more about the writers they’re cheering on.

But Dunn’s argument quickly devolved when she began specifically targeting Albertalli. “I just don’t think you’re the victim when you put yourself into queer spaces, center yourself as a creator in that space and then get weepy about having to explain that,” Dunn tweeted, before suggesting that writers who aren’t ready to come out should refrain from writing queer stories. “No one is obligated to come out but no one is forcing you to write queer stories while closeted? If your own queerness makes you uncomfortable, how can you and more importantly why would you want to spotlight that on yourself and center your work in queer spaces? Guys this is about Becky Albertalli and people making money off queer stories not you specifically exploring through art lol.” It seems like there’s a new online conversation about who gets to tell what stories every week. But when it comes to queerness, this conversation becomes ever more complicated because it’s impossible to tell who’s queer and who isn’t queer and being a part of a queer community means something different for each individual person. And yet, demands are still made.

Bisexual readers shame bisexual authors for writing relationships between teens of different genders. Trans authors are shamed for not writing about the trans experience the way that a trans reader would’ve written it. Though we’re hasty in our critiques, it stems from a desperation to see ourselves on the page. For readers who’ve been searching for themselves in pop culture, being validated is important, but here’s the truth: You’re never going to see a character whose experience 100 percent reflects your own, and that isn’t a failure of the author. It’s the nature of being a person. It’s important to note that Dunn isn’t the first person to ask these questions; many other queer authors and readers, myself included, have mulled over similar questions. I’ve certainly had knee-jerk reactions to stories that I believed weren’t queer enough because their characters and plotlines didn’t deploy queerness in a way that I recognized. And those kinds of reactions continue to fuel the fire. On a larger scale, the problem isn’t that authors will or won’t come out; it’s that publishing makes it easier for straight, cis, white women to publish books about experiences they’ve never had than for queer people of color to write about their own identity.

It’s a problem that there are still so few LGBTQ stories that we sink our nails into the few options available and that there’s still such a sense of scarcity of opportunity as queer authors that we’re immediately pitted against one another.

It’s a problem that publishing still considers diverse stories unmarketable, leaving little space for LGBTQ-focused books to be published. It’s a problem that there are still so few LGBTQ stories that we sink our nails into the few options available and that there’s still such a sense of scarcity of opportunity for queer authors that we’re immediately pitted against one another. This breeds the idea that a less-deserving author took something that feels like it should rightfully be ours because we’re “more” queer. “LGBTQ people do not owe it to anyone to present a particular way in order to be accepted, and authors should not have to conform to others’ expectations to be ‘allowed’ to write queer and trans stories,” Lavoie said. “If an author is comfortable and happy being out about their identity and markets their book widely as #OwnVoices, that’s fantastic. That doesn’t mean that we should use an author’s ability to be openly LGBTQ as the only arbiter of whether their book is worth reading.”

Reading is about learning and reflecting, not reaching out and making demands. For some of us, sexuality and gender change. For some of us, coming out isn’t an option. For some of us, there’s little safety to be found in the largely white, largely imaginary queer community that’s hardly accessible. There isn’t a panel of white gays who gets to decide what authors are and aren’t allowed to write about the queer experience because there’s no singular queer experience. And requiring that marginalized authors give us their entire selves before they give us their words won’t lead us to more honest and nuanced stories of queerness.

Read this Next: BitchReads: 13 YA Books Feminists Should Read in September 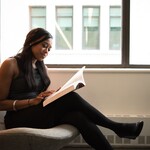 by Rachel Charlene Lewis
Welcome to our inaugural YA monthly BitchReads list!