Personal Connection#OwnVoices, Outing, and the Ongoing Quest for Authenticity 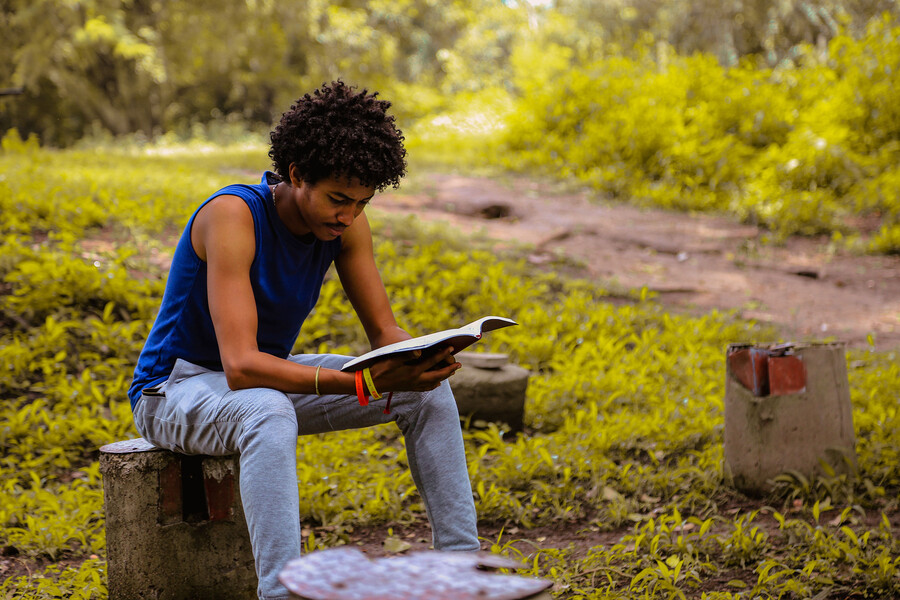 Publishing has long been in a battle over diversity and inclusion, and after being caught in a moment of coalescing awareness of racism, companies are advertising vague “diversity and inclusion lead” jobs. There’s no indication that these roles will be given the support staff, resources, or institutional backing to carry out their duties, but that hasn’t stopped companies from proclaiming them the solution to corporate racism. Publishers are hastily pulling “problematic” books from store shelves, with no meaningful statements about how these books came to be in the first place. Publishers are still pressuring writers of color to stick to stereotypes or to turn their books into “special learning experiences.” Pay disparities are still vast, highlighted in author L.L. McKinney’s trending #PublishingPaidMe hashtag. The hunger for diverse content is exemplified by the book lists featuring marginalized authors that nearly every publication seems to be pursuing.

But the way we talk about representation and the call to produce books written by people who share their characters’ identities and lived experiences can be simplistic, and even dangerous. There’s increasing pressure for authors to divulge personal information, even if it endangers them or feels too intimate. This was on sharp display in September, when young adult author Becky Albertelli felt pushed to come out after being criticized for writing queer books as a seemingly straight woman. On the surface, wanting to read books written by people who share marginalized identities with their characters is a reasonable expectation, especially considering that marginalized people have been intentionally cut out of publishing for so long. White authors can write all the Black characters they like, for example, but Black authors have to fight for every inch of inclusion. Many Black authors have heard the common refrain that “we already have our Black story this season.”

The growing frustration with white-dominated publishing came to a head in 2014, when BookCon convened an all-white, all-male panel. Ellen Oh, Malinda Lo, and other authors of color said #WeNeedDiverseBooks—and a movement was born. A year later, Dutch author Corinne Duyvis coined the #OwnVoices hashtag, a natural extension of the conversation about diversity, which not only includes race but also considers a range of experiences such as disability status, religious traditions, and LGBTQ identities. “Within the first few weeks it was being used as shorthand in discussions of diverse representation,” Duyvis told Bitch. #OwnVoices was intended to be used as a hashtag for recommended books—including Duyvis’s On the Edge of Gone, which features an autistic protagonist—but it quickly morphed into something else entirely.

“Regretfully, the hashtag is regularly weaponized against marginalized authors,” Duyvis said. “I’ve seen this happen along pretty much every imaginable axis of marginalization, and I absolutely hate that a hashtag that’s supposed to uplift marginalized authors is being used to police and pressure them.” Come out, or lose sales. These conversations usually take place amid controversy, which only serves to heighten the tension. For example, Veronica Roth’s racist 2016 novel, Carve the Mark, was associated with a separate, lesser-known controversy around disability depiction that forced Roth to out herself as a person with chronic pain. Author Leigh Bardugo felt pressured to disclose her history as a survivor of sexual assault prior to the publication of her 2019 adult novel Ninth House, which attracted controversy for including graphic content: “I don’t believe that I should have to put that on display to justify writing a novel,” Bardugo said in an interview around the time of the book’s release. “I’m disturbed by the performances we require of women authors.”

This isn’t a question of authors wanting to separate their private lives from their public personas, or of self-hatred forcing a writer to conceal their identity or limit conversation about it. Not all authors feel safe, comfortable, or interested in being out to readers about their identities, while other authors just want to do the work rather than be a checkmark on a diversity scorecard. For disabled people, being out or otherwise specific about the nature of a disability can be extremely dangerous. It may lead to them being discriminated against or harassed, which isn’t legal but happens anyway; an employer might take a pass on someone who’s out as having schizophrenia, for example, or never contact an applicant who uses a wheelchair. Mental health discrimination can subject people to physical danger. People with intellectual disabilities experience higher rates of physical and sexual assault, and demanding details about their lives can put them at risk. Some may also feel as though they’re not “disabled enough” to count.

When it comes to sexuality in particular, YA author Mackenzi Lee has pointed out: “I saw people villainized for not having the right kind of coming out narrative, or even the right kind of relationship with their own identity, and my self worth was so tenuous already, trying to engage didn’t feel worth the risk.” Fellow YA author EK Johnston similarly expressed a similar preference for privacy. In a striking feature for Oprah, V.E. Schwab wrote of coming out: “You did not want to, really, but you have begun to write queer characters, and people have begun to wonder if it’s your place, and so you claim it.” Prior to closing up shop, an adult author who deactivated their Twitter noted that being out could be dangerous for people outside the New York publishing bubble—they were forced to lock down because their pen name was compromised, putting them in physical danger.

“I think there’s something extremely problematic about making readers dig into authors’ sexualities,” author Dahlia Adler wrote of the thirst for #OwnVoices LGBTQ book lists, a sentiment that could also be mapped to other identities and can quickly devolve into identity policing. The fear of not being “enough” is very real, Duyvis said: “Identity policing in the name of #OwnVoices also happens with race, where I’ve seen mixed, adopted, and/or diaspora authors of color policed for not being ‘authentic enough.’” At the same time a debate swirls around coming out, it’s also critical to note that not all authors have the privilege of being stealth. Writers of color, for example, are readily identified through headshots, events, and sometimes their own names. Trans writers who transition mid career similarly live openly. A Muslim writer’s hijab or name can give her away. But what about when an author prefers to remain private? Or, as was the case with Albertelli, what if an author is still exploring their identity and how they feel about it, sometimes through their books?

Both the disabled and queer communities acknowledge that identity can shift over time, sometimes very radically—Lilly and Lana Wachowski wrote an intensely trans film trilogy long before either of them came out—yet that fluidity is not granted to authors. The failure to acknowledge that authors are humans who are capable of change can be deeply uncomfortable, and it sets up an inherent tension: Preferring to focus on books written by people who share their characters’ experiences is a valid choice, but it’s no more valid than some authors wanting to remain private about their lives. People relate differently to literature shifts once they know the author’s identity, as we’ve seen with the highly controversial case of “I Sexually Identify as an Attack Helicopter,” a short story written under a pseudonym by a trans woman who was forced to out herself.

Preferring to focus on books written by people who share their characters’ experiences is a valid choice, but it’s no more valid than some authors wanting to remain private about their lives.

Would it have changed the intense reaction to the story, knowing the author was trans from the start? Was she required to tell people she was trans? What obligations did Clarkesworld have to both the author and readers of the magazine, running a story with a title so incendiary that many furious people didn’t even engage with the text? These kinds of questions, especially around publisher responsibility, are important to ask in an era when authors are pressured to be more publicly available and interactive with their readers and fans, but publishers don’t always have their backs. The larger picture missing in these forcible outings is that there are lots of ways to tell stories and lots of ways to be alive, yet such demands often come with an implication that there are “right” and “wrong” ways to live with or write a marginalized identity.

A depiction that doesn’t resonate isn’t necessarily wrong or bad, but authors who are told they’re doing it “wrong” are put in uncomfortable positions: When bestselling author Julie Murphy released her 2017 novel Ramona Blue, some readers were displeased by the bisexual representation in the cover copy, which she didn’t even control, rather than the actual content of the book. And sometimes, “wrong” depictions are actually an expression of something deeper about the author who’s exploring their identity through their work, or they speak to others who identify deeply with the portrayal, as seen with “Attack Helicopter.” Anna-Marie McLemore’s stiffly written fascination with transness in When the Moon was Ours (2018), for example, makes more sense now that McLemore has come out as nonbinary, but this knowledge makes it no less harmful for some trans readers.

Duyvis argues that lateral discussions aren’t the solution to these tensions. “It is, of course, important to name the problem of (seemingly) privileged authors being offered more and better book deals and receiving more in-house support,” she said, adding that instead of focusing on outing authors, “We can do that by holding publishers responsible.” The nature of a depiction is as important as the depiction itself, and concentrating on publishers who make poor choices, both in the books they put out and in the people they pay to write them, can put the responsibility where it belongs: on the predominantly white faces of the decision-makers, rather than on authors who may still be uncertain about how they identify and how they feel about it, or even those writers who just prefer a little privacy.