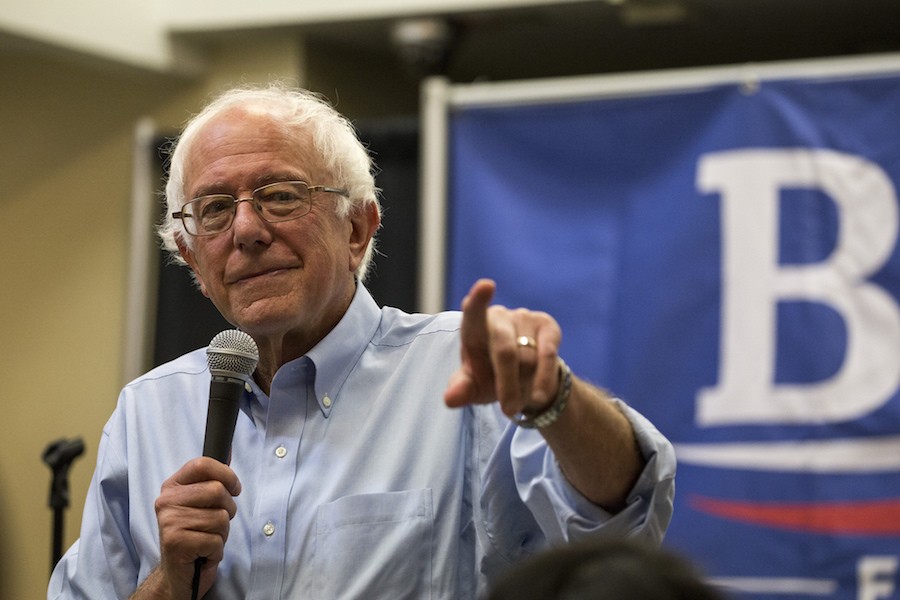 Bernie Sanders at a rally in Iowa this fall. Photo by Phil Roeder (Creative Commons)

Americans have freedom of religion. This includes Americans who are running for president. But in reality, the presidential election often turns into a contest over who can out-Christian each other.

Conspiracy theories that Barack Obama—who is overtly Christian—is a “secret Muslim” began almost as soon as he took the stage to give a speech at the 2004 Democratic convention. In this election season, debates over Christian credentials are still front-and-center. Last summer, Jeb Bush said the United States would sign off on accepting Syrian refugees—so long as they’re Christian. Donald Trump also boasts about wanting to ban Muslim immigrants—while at the same time arguing that Christianity is “under siege.” In clarifying earlier remarks that he would never support a Muslim for president Ben Carson (who is a Seventh Day Adventist himself), added that he would not support a Christian either if his intention was to turn America into a theocracy. I have to wonder if Carson was thinking about Ted Cruz, who recently commented, “Any president who doesn't begin every day on his knees isn't fit to be commander-in-chief of this country.”

In this context, it’s significant that one of the two Democratic front-runners is not Christian. Contrasted against the GOP candidates’ vocal religious fervor, Bernie Sanders has been rather quiet about his Judaism. Until recently we’ve seen very little media coverage about the historic nature of potentially electing the country’s first Jewish President, nor much about how much groups like the Ku Klux Klan would despise and actively block him for his religion. On the campaign trail, Sanders has seldom brought up his Jewish heritage or his personal beliefs beyond saying, “I think everyone believes in God in their own ways.” This reticence is perhaps because, like many Americans raised in the Jewish faith, Sanders isn’t religiously zealous. But it’s also likely that being outspoken about his Judaism wouldn’t gain him anything with his base, who aren’t voting for him on religious grounds. Sanders has done very well energizing both younger voters and big swaths of the Democratic base who are less concerned about his religiosity and more interested in his proposed economic priorities and policies.

If he stays in the race after Super Tuesday, his campaign staff is likely bracing for the start of ad hominem attacks on him for not being Christian. Being outspoken about his Judaism would probably only work against Sanders in the general election, as his GOP opponent will in all likelihood try to repeat the message that has circulated in earlier elections—that a nonbeliever cannot be trusted as president. Recent polls show that Americans are evolving on the issue of religion: The lowest number of Americans ever—forty percent—tell pollsters that they wouldn’t vote for an atheist for president. This is still a dramatic percentage, but it’s lower than previous generations. Meanwhile, the GOP is still playing their cards for a staunchly Evangelical base. As the campaign continues, the GOP would certainly play up Sanders’ secular nature in attack ads. In this contemporary era that imagines near-ceaseless assaults on people of faith, a secular presidential candidate who no longer attends a regular religious ceremony is bound to receive pushback from opponents who have made their religiousness a part of their campaigns.

The debates over Christianity in the presidential election tie into a battle over what separation of church and state really means. More than nineteen states now have religious freedom laws on the book. Faith communities have a larger impact on law and policy now than in decades past—many candidates and officeholders in Congress run directly on issues of faith and their religious commitment. The effects of their presence have been broad, crossing policy areas and federal funding mechanisms: faith-based initiatives, first supported by the George W. Bush administration opened new funding streams to religious groups that had previously been shut out by the establishment clause. The religious community pushed for and received abstinence-only sex education funding, despite plenty of scientific evidence that it doesn’t work to curb the rates of STIs, sexual assault, or teen pregnancy (it was recommended to be defunded in the President’s latest budget). We’ve seen the refusal of county and state employees to respect the Supreme Court’s marriage equality ruling on religious grounds, and lawmakers have pushed for exceptions for pharmacy and medical staff to refuse treatments or patients that go against their religious beliefs. With these battles helping to polarize the electorate, it’s not surprising that candidates on the right, who court Evangelical voters, try to outdo each other to prove their worthiness as Christians.

It’s not that Americans never shift in their expectations for their White House candidates. John Kennedy was elected as a Catholic in 1960 as only the second Catholic to ever receive the nomination from a major party; Mitt Romney pushed against many fears regarding his Mormonism to get the GOP nomination in 2012. If there has been a broadening of acceptance across Christian denominations for presidential candidates, could there also be more support of Jewish, Muslim, or non-affiliated people seeking their party’s nomination? Exit polling from today’s Super Tuesday contests may give us a better idea. But consider that two of our former Presidents who are most well known to us—Thomas Jefferson and Abraham Lincoln—had no religious affiliation. In correspondence to clergy, President Jefferson said that religious belief was between “a Man and his God” and that “the legitimate powers of government should reach action only and not opinion.” How well would they do in the primary cycle if they were to run today?

Relevant: Purity Is a Scam 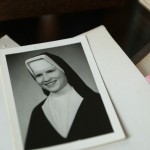 by Kathleen J. Woods
Catholics aren't taught to protect themselves from those who want to harm them.