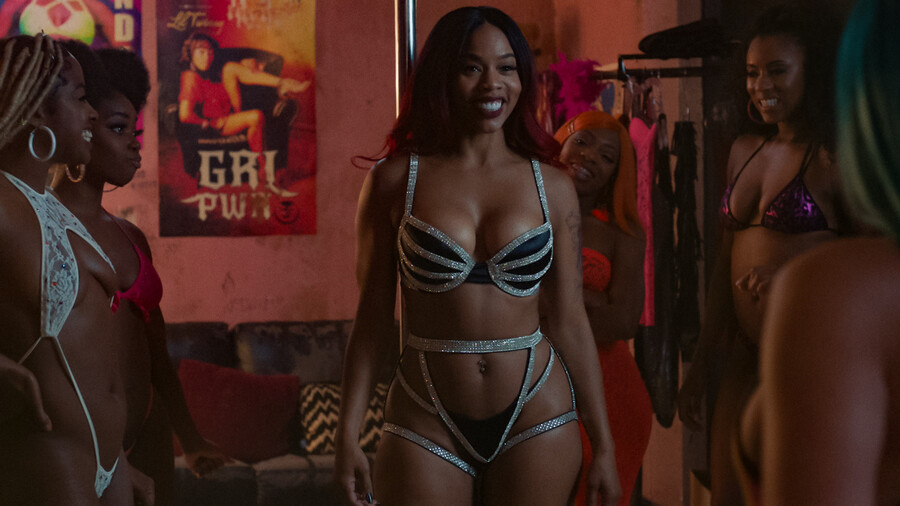 Due to Hollywood’s continued misrepresentation of Black people, the Black television shows that have debuted in recent years—including black-ish (2014), Power (2014), and Empire (2015) have put a continued focus on Black wealth, prosperity, and respectability. The Oprah Winfrey Network, the home for Tyler Perry’s television output as well Queen Sugar (2016) and the recently wrapped Greenleaf (2016), brims with narrative shows that center the Black upper-middle-class family. These images are overwhelmingly Southern, in part because Atlanta is a popular and cost-effective filming location. But considering the way Hollywood has portrayed Black people in the South, from 1915’s Birth of a Nation to 2018 Best Picture–winner Green Book, one can’t help but notice an increased insistence on depicting Southern Black success. These counterimages of prosperity, though pleasing, have left me hungering for depictions of the Southern Black working class and their continued struggles against oppressive white, patriarchal, and capitalist power structures.

As a working-class Black woman from Georgia, those power dynamics have always lived at the front of my mind. And, as always, Black women are at the forefront of addressing these issues in pop culture representation. Playwright Katori Hall’s new Starz series, P-Valley (adapted from the stage play, whose full title is Pussy Valley) presents an important counternarrative to the more mainstream idea of the South by centering the stories and experiences of poor Black women who are trying to navigate the damage done to their communities by white conservative power structure. Set in a small Mississippi town, P-Valley is an expansive portrait of poverty, racism, misogyny, and the resilient Black Southern pride that pushes back against oppression. As a whole, the series is an impressive combination of prestige television, cinematic neo-noir, and classic Southern gothic storytelling.

The viewer’s journey into P-Valley feels appropriately cinematic: When Autumn Night (Elarica Johnson) emerges from a Mississippi flood without her daughter, she grabs a suitcase and gets on a bus. At a rest stop, she sees a purple haze glowing in the distance and finds herself drawn to it. Once she arrives, sporting a fresh weave, at a strip club called the Pynk, Autumn sees an opportunity to reinvent herself; with her light skin and straight hair, she immediately captures the crowd, effortlessly winning a strip contest. Seeking employment at the club is a different story, however: Mercedes (Brandee Evans), the Pynk’s most popular dancer, is about to retire—but in the meantime, she wants Autumn to understand how much work it takes to do her job full-time. The women’s antagonistic relationship drives the series, with Autumn confronted at every turn with the harsh realities of a lifestyle that’s all too familiar to Mercedes.

The show’s theme song—rapper Jucee Froot’s “Down in the Valley”—outlines the ethos of the series: “These niggas grind hard/ But these bitches grind harder/ Climbing up the pole/ Just to get out the bottom.” There’s an understanding that women have to work twice as hard as men to make it in the world. But with the added racial inequality, stigmatization of sex work, and government negligence in the Southern region of the country especially, it’s much harder for Black women to make their way. As the song draws to a close—“What you do/ When the power out/ Kids hungry/ Can’t do nothing but scream shout/ We all choose to live/ But it’s different routes/ Take the shit with shine/ Gotta make it count”—its lyrics are a reminder that beneath the purple lights and impressive pole moves, the real story is to be found in the way these women live and how they manage to survive in such a world.

The haunting beat and realistic Southern imagery in the show’s opening sequence plays like a Black-centric update to HBO’s True Blood (2008). But the comparisons don’t stop there: Like Alan Ball’s expansive series, P-Valley is home to a large cast of characters connected to each other by blood or financial circumstance. For all of True Blood’s faults (and there are many), it excelled at depicting the Southern experience with neither disdain nor reverence for the Antebellum era. Most of the characters were working-class, and their social and financial woes were as important as their more supernatural plot points. P-Valley is similar in scope, showing the ripple effect of white supremicist patriarchal greed; unlike True Blood, though, it leaves white people in the shadows, focusing instead on how their presence affects the behavior of Black capitalists doing whatever it takes to get ahead.

Most of its action takes place at the Pynk, which we learn in the first episode is in danger of closing, and that businessman Andre Watkins (Parker Sawyers) and Mayor Tydell Ruffin (Isaiah Washington) have their sights on building a casino in the Valley. Trying to thwart their efforts is Uncle Clifford (Nicco Annan), a stylish, charismatic nonbinary queer person with genuine love for her clients—especially Mercedes. Autumn is the de facto lead character, but it’s Mercedes who dominates the screen, and whose struggle—one that includes her estranged daughter, Terrica (Azaria Carter); a disapproving but opportunistic mother, Patrice (Harriett D. Foy); a dream of building her own gym; and $25,000 that’s stashed in the building fund for Patrice’s church. There are dual power dynamics at play here: Patrice wields her maternal power over Mercedes, maligning her daughter’s profession despite using the money Mercedes earns to keep her church afloat. And the men of the church assert power over Patrice: She wants the opportunity to deliver sermons, but the pastor would rather manipulate her for sex and her daughter’s money.

P-Valley reveals the way patriarchal ideas about—and reflexive disregard for—the safety and well-being of sex workers is what really puts them at risk.

Whether in the strip club or in the church, P-Valley’s men are largely driven by greed and a constant need to assert dominance over the women around them. Meanwhile, the women are always trying to find answers, as information is so often hidden from them. Colorism is an unmistakable part of P-Valley’s depiction of power dynamics; indeed, it’s one of the few small-screen series where plot and dialogue plainly addresses this subject. Autumn is nicknamed “high yella,” and Mercedes mentions more than once that Autumn’s success at the club is largely due to her light skin rather than her talent. Keyshawn (Shannon Thornton), a beautiful dark-skinned stripper, is labeled “color-struck” when she expresses interest in a biracial character. (When it’s revealed that Keyshawn’s boyfriend is a violently racist white man, her preferences come into a sharper and more devastating focus.) The biracial man in question is the bastard son of a wealthy white cotton-plantation owner, and he has two white brothers who are ashamed of his existence.

In every instance the language is casual: There is no “very special episode” about colorism, it simply exists within the fabric of Black society as represented by the series. This, in my experience, is true to life, as colorism is discussed casually in the South. The series’ female creative team and focus on sex work as labor might tempt critics to compare it to 2019’s box-office hit Hustlers, but I believe the more interesting comparison is between P-Valley and Ice Cube’s 1998 directorial debut, The Players Club. The film tells the story of a young woman (LisaRaye) and her cousin (Monica Calhoun) getting caught up in the “seedy underbelly” of sex work, leading to violent and tragic results. The most obvious difference between the two narratives is their view of women. The Players Club’s biggest failing is its unmistakable male gaze; the camera takes no care with women’s bodies and the writing has no semblance of respect for the work strippers do.

Instead, it plays as a cautionary tale about the perils of sex work, laying the blame on women for the dangers involved in their profession with no acknowledgement of who actually creates those dangers. Conversely, P-Valley reveals the way patriarchal ideas about—and reflexive disregard for—the safety and well-being of sex workers is what really puts them at risk. Even in this predominantly Black community, the Black women who work at the Pynk are consistently marginalized and abused. It doesn’t feel like an accident that three of the main characters are mothers who have weathered hard times and are motivated to succeed by the thought of their children. These images, while heartbreaking, are just as important as glossy narratives of Black success and prosperity. P-Valley is a necessary picture of a more complicated view of Black Southern life without shame. The series lives in a grey area, exposing the troubling wealth gap between white and Black southerners, as well as the gender inequality that further splinters the Black community. The villains of the series are all chasing an image of Black prosperity as a means of racial advancement, trying to starve out any workers who fail to conform to respectability politics. P-Valley has shown viewers that The Players Club couldn’t—and shouldn’t—be made today, because working class Black women have been villainized enough. Instead, it’s here to rightfully and artfully change the conversation.

Read this Next: Under Armor 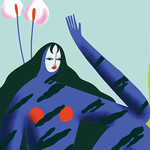 by Jourdain Searles
Cinema still frames sex workers as troublesome sirens whose sole purpose is to disarm men and leave them broken.