In “Palm Springs,” Consent Is a Murky Line 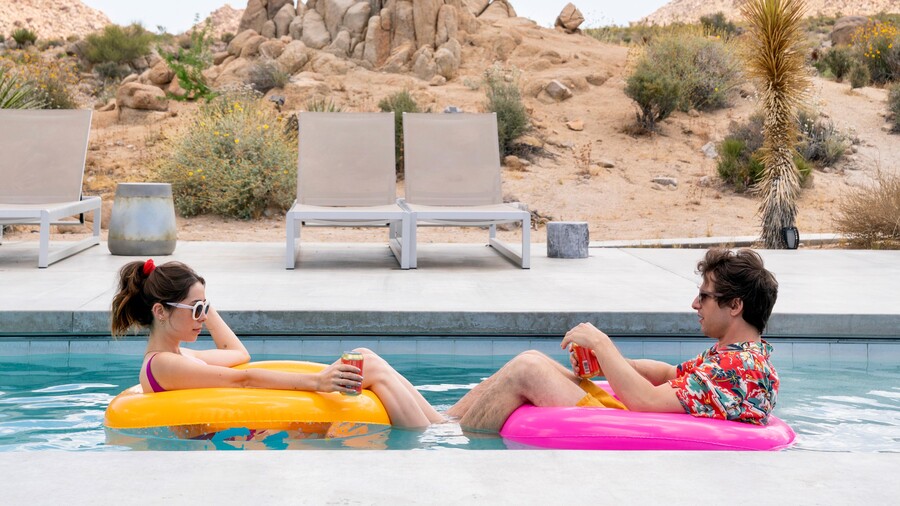 In any movie centered around a time loop, my favorite scene is the one in which the character who’s stuck realizes there are no consequences for their actions. The time loop format gave us “don’t drive angry” in Groundhog Day (1993); Tree Gelbman (Jessica Rothe) confidently strutting nude through her college campus in Happy Death Day (2017); and it gave us memorable, choreographed dance scenes in a dusty bar in Palm Springs—a delightfully fresh take on this old format. Hulu’s newest rom-com, which broke the platform’s record for the largest number of streams in a debut weekend, introduces us to Nyles (Andy Samberg) and Sarah (Cristin Milioti), two strangers who meet at Sarah’s sister’s wedding and hit it off quickly. We quickly learn that Nyles has been stuck in a time loop for a very long time, and he’s far exceeded his ability to care about what he does or how he does it.

When Sarah accidentally joins Nyles’s never-ending universe, it presents Nyles an opportunity to care for someone again and ride out the mundanity of looped existence with a really cool partner. Palm Springs works because Samberg and Milioti have shockingly good chemistry, and because, thanks to the pandemic, many of us are uniquely positioned to enjoy a movie where two ordinary people are repeating their days over and over again because it’s their only choice. During one of Sarah’s first time loops, Nyles tells her all about the people he’s hooked up with since he started living the same day over again. There’s a woman from the bar, a male wedding attendee, and even a failed attempt with the bride herself—but he swears he’s never been intimate with Sarah. The painful third-act conflict is sparked by Nyles’s confession that he and Sarah have actually hooked up “like a thousand times” in multiple time loops—not just the one time that Sarah can remember.

Nyles’s deception creates some distance between the characters and pushes Sarah to conceptualize a way out of the time loop, but Sarah never explicitly forgives Nyles for lying about something as important to their newfound relationship as sex. Nyles dropping such a bombshell should’ve demanded more than a rom-com plot provides, but instead, viewers are left to question how Sarah feels about being lied to about their sexual past and if it has a long-term impact on her ability to trust Nyles. Unfortunately, Palm Springs isn’t the only movie about time loops or time manipulation that falls into a weird, murky area with regards to consent. In About Time (2013), another sweet movie about time manipulation increasing appreciation for beautiful moments experienced with the people you love, Tim (Domhnall Gleeson) uses his time-traveling powers to have a special last day with his dying father, save his sister from an abusive relationship and a near-fatal car accident, and replay his first time having sex with his eventual wife, Mary (Rachel McAdams).

Tim has sex with Mary dozens of times, until she’s satisfied with his performance. “While Tim knows that he has had sex with Mary multiple times, and we have been let in on that secret, she is oblivious,” Ryan Gilbey wrote in a 2013 article for the NewStatesman. “Let’s look at that again outside the context of romantic comedy: a man has sex with a woman multiple times without her consent (or rather, with her consent given only once) and without her knowledge. Has Tim not committed something that would play in any other genre as date-rape? He just happens to use time-travel rather than Rohypnol.” Considering that the time loop erases consequences, Tim and Mary can never be on equal footing in their relationship because Mary doesn’t know that Tim can travel across time, much less that he repeatedly had sex with her and then reset time to do it all over again. Ultimately, Mary never learns the truth about her own sexual history, and she and Tim marry and have multiple children together.

In Palm Springs, Nyles divulging the truth creates conflict, but it never progresses into any sort of accountability. Nyles and Sarah also end up together—outside of the time loop. Yet, Palm Springs still stands out because it’s so deeply interested in the beauty and difficulty of knowing and being known by someone. We don’t know exactly how much time passes between the beginning and the end of Nyles and Sarah’s mutual time loop, but we know it’s enough time for them to get to know each other in a way that’s only reserved for soulmates who seek each other out. In one of the movie’s most moving scenes, Nyles and Sarah sit in the desert—high and holding hands—and watch as giant, long-necked dinosaurs walk peacefully by. There’s no other person who has seen what they’ve seen or experienced what they’ve experienced together. Even Roy (J.K. Simmons), another person stuck in the time loop with them, can’t relate to this moment they’ve enjoyed together because he’s either trying to kill Nyles or he’s at home reliving another near-perfect day with his family.

At the beginning of the movie, Nyles dances his way through the wedding, preventing tiny disasters and miming near-future events to indicate to the audience that he’s been down this road before, and he knows the party well enough to know exactly what’s going to happen and when. If he knows the party and its guests this well, who’s to say there are not multiple Nyles personalities, each tailored to a different time loop sexual partner? How can we be sure that the Nyles we know isn’t some ultimate, successful version of Nyles, the finely tuned result of thousands of loops he’s been using to perfect himself for Sarah? While Samberg and Milioti turn out great rom-com performances, their characters’ soulmate bond hinges on lies and feigned ignorance. If they’ve hooked up thousands of times, then Nyles has known thousands of versions of Sarah before the start of their first loop together.

That’s clear from their first scene together, and it becomes impossible to ignore. He knows the very specific name of her hair mist and, over time, he’s learned exactly what it takes to get Sarah to trust him and get her into bed before she can even consistently remember his name. As such, the time loop situates Nyles in a unique position of power over Sarah and any other in-loop sexual partner he chooses. I don’t believe Sarah denied Nyles consent in the traditional sense, but, given the genre and the nature of the time loop, it gets sticky once the audience realizes how far the scales are tipped in his favor. Even after they’ve experienced a number of loops together and escaped the time loop altogether, Nyles will always have the memory of time looping on his own. Nyles will always have more information about Sarah than she ever will about him. It’s manipulation at best, coercion at worst, and an avoidable bummer, no matter the outcome of their relationship.

Read this Next: In Eyeshot 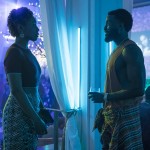 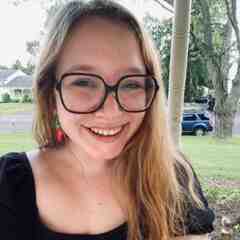 Sarah Jae Leiber is a Jewish playwright, screenwriter, comedy writer, and essayist from just outside of Philadelphia, PA. She writes regular film reviews for Screen Mayhem and theatre satire for The Broadway Beat, with bylines elsewhere at BroadwayWorld, Uncomfortable Revolution, and The Validation Project. She worked as BroadwayWorld’s evening entertainment editor while apprenticing as a member of Actors Theatre of Louisville’s 48th Professional Training Company. Sarah holds a BA in theatre and history from Muhlenberg College. You can find her whole portfolio here, and you can find her on Twitter @sarahjaeleiber.

How Online Harassment Became a Feature, Not a Bug