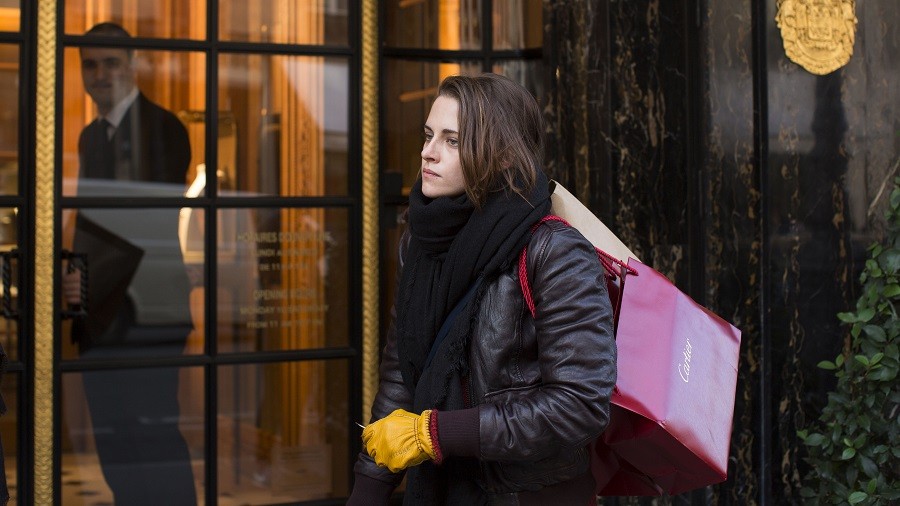 On its surface, Personal Shopper is a flawed film—Maureen, played by Kristen Stewart, features as the eponymous holder of what author David Graeber would term a “bullshit job.” Cue scenes of Stewart slumping around luxury stores in London and Paris, picking out overpriced clothes she covets for a jet-setting boss who will wear them once. Beyond that, Maureen has another clear reason for her anomie: She’s grieving for her dead twin brother, and when she begins to receive a series of anonymous text messages—intriguing and menacing by turns—she begins to suspect it’s her brother communicating from the great beyond. Cue scenes of Stewart hunched over her phone, jawline twitching anxiously. Within this disenchanted indie—and let’s face it, Kristen Stewart is nowhere so great as when she’s being the queen of disenchanted indies—director Olivier Assayas tackles the weighty themes of boredom and grief, alienation and violence, though he doesn’t always blend these themes seamlessly. It is difficult to make a film centered on emotions that are inherently boring to those who experience them as well as those who witness them. The fact that Assayas has created a film bristling with jagged undertones that don’t always quite fit together makes Personal Shopper an interesting accomplishment.

First things first: You can’t make a film starring Kristen Stewart without acknowledging her ur-hero presence as the current Queen of Queer. That is not to say that Stewart exemplifies what queerness is or must be for all time, or even for a single generation, but that you can’t look at a single movie or TV show she works in without acknowledging the frisson, nay, the geyser, of queerness she brings to the screen. It’s in the jawline, the twitch, the allergy to smiling for heteropatriarchy. That’s so even when the storyline doesn’t have Kristen Stewart kissing a girl. Here in Personal Shopper, she’s too sad, too jaded, too desperately self-contained to kiss anyone, though. (There’s a long-distance boyfriend in the mix, but Maureen’s disinterest in him represents—as Assayas intends—her disinterest in life in general. It also represents—my interpretation—her disinterest in men as an institution or social construct in general.) In one scene, Kristen Stewart goes topless in the most desexualized of contexts—for a medical examination to ascertain that Maureen is not at risk of dying as suddenly as her brother did. We are shown her breasts, briefly, and then made to think about death. She is so, so tired, and sad, and tired of being sad. Mostly she seems blank. That’s Kristen Stewart delivering a fantastic performance. Her jaw—her face allergic to smiling—belies multitudes. Since smiling is off the table, she does so much else with her face.

In a way, Stewart was made for this role. It’s hard, now, to think about how any other actor could have played Kristen Stewart as well as Kristen Stewart plays Kristen Stewart in this film. Kristen Stewart is bored with herself, her grief and her alienation, which is nothing more and nothing less than the alienation of the very young when co-opted into the vapid dregs of late capitalism. Stewart conveys the obscenity of incredible wealth and fame and the boredom inherent in Maureen’s role as a consigliere to a vapid socialite. Maureen’s creative energy and artistic edge are exchanged for a living wage, her artistic talent only co-opted into perpetuating the fantasy of what Anne Helen Peterson termed, in a less-good movie, “capitalist seduction.” There’s a good mix of envy in there, too, as Stewart’s character eventually gives in and dresses up in her employer’s clothes in the employer’s glitzy apartment. She stares at herself in the mirror, jerks off. She is her own voyeur. Look at me, looking at me.

Stewart’s acting is intelligent, understated, cerebral—the reason she would have drawn plaudits had she been a male actor is exactly the same reason she drew flak for her portrayal of a disinterested Bella in Twilight. Here, Stewart settles comfortably into disenchanted indie, or as comfortably as an actor for whom bristling discomfort seems to serve as a dominant mode of inquiry can. There’s vulnerability, also, although it isn’t immediately obvious, never vocalised. Maureen’s craving for the presence of her twin isn’t just a manifestation of her grief for a close and beloved sibling, but also a need to know what lies beyond. They had a pact before he died, she says. To let the other know what there was after death, if there was anything. She wants so desperately to believe that something’s there that when contact is established, she never once questions the commands or suggestions she’s given, the menacing threats from seemingly beyond the grave. After all, if the dead frighten, well, that’s exactly what ghosts are meant to do. Maureen’s failure to interrogate the intimidation inherent in this haunting raises, for the viewer, unsettling questions about how much violence she’s willing to  receive in return for familial contact. This seems at once a reflection of the violence of the disgust she directs at herself and the external world, as well as an allegory of how women internalize male violence. It’s no coincidence that Maureen’s twin was male.

The radicalism of Personal Shopper lies in the fact that the unhappiness of its female protagonist is not taken as only a narrative starting point. In many other stories, female unhappiness is a problem to be solved, culminating either in a happy ending (triumph over external circumstances—no longer unhappy!) or a tragedy (female protagonist was too much—and wanted too much!). With respect to the latter, I can think of two examples from classic Western literature off the top of my head: Madame Bovary and Anna Karenina. The former tendency is precisely what cultural theorist Sara Ahmed criticizes in her reading of Bend it Like Beckham. Ahmed considers the 2002 film, in which a second-generation Indian British girl plays football (soccer to Americans) against the wishes of her conservative family members:

Of course, Bend It Like Beckham and Personal Shopper are two very different films set in two different contexts. Ahmed’s interpretation of Beckham, which has been disputed by many who have watched and loved the film (see Fariha Róisín’s recent beautiful essay), however, is particularly pertinent to Personal Shopper. Portrayals of happiness—including cinematic representations of such—are complicated. In Personal Shopper, it is not so much a question of happiness as unhappiness. Stewart’s allergy to smiling (as I insist—for heteropatriarchy!) becomes its own entity, the flawless semicolon of a thesis that asserts unhappiness is compelling, worth bearing witness to, and fully brought to bear by the right actor. By the end of the film, the world of Personal Shopper hasn’t changed much, and so Maureen is there refusing to change along with it, mulishly countercultural in a world that tells young women: You’ll eat shit, and like it, too. Personal Shopper is a documentation of the period right after everything falls apart and before you can begin to put it back together. It is an exquisite portrait of complicated unhappiness around which the narrative hangs, albeit not flawlessly. In a world where happiness continues to be mandated from young women, that’s enough to make it a fascinating film, with a thesis still revolutionary. 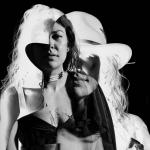