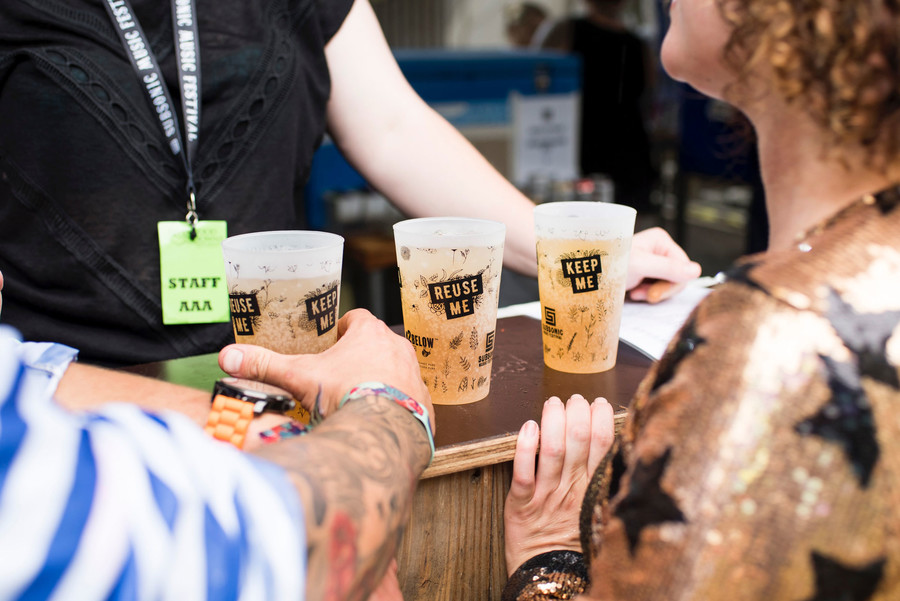 You’ve probably seen the straw wars and, more recently, the inhaler battles, play out on social media in the last couple of years, but these debates are just the tip of a much larger cultural iceberg that’s stubbornly refusing to melt. Awareness of environmental issues has driven critical conversations about tackling polluting industries, environmentally destructive governments, and colonialist legacies. There’s an ugly side of environmental awareness, however: the lectures on how you personally are destroying the world with your consumer choices. Don’t worry, though, performative environmentalism is here! If you keep up with the latest green fads (and scold those who don’t), you’ll stave off climate change and save the polar bears. The idea that personal actions can save the environment if they’re applied with enough vigor and enforced with enough insistence isn’t new, but our current cultural state has intensified this belief and made it more dangerous.

The stakes of performative environmentalism—fixating on tiny, ultimately meaningless consumer products as the root of all evil—are escalating, and will become even more heated this decade. Individual-focused “save the earth” campaigns focus on the micro, individual actions, not the macro, global ones: Polluting components in inhalers, say, instead of the industrial pollution in communities of color that causes sky-high asthma rates or the wildfires across the West that leave thousands struggling for breath every summer and fall. In the process, they can have a penalizing effect, punching down at people who don’t have as much control over how they live and their consumer choices, and alienating them from discussions about environmental activism.

Banning straws or making the inaccurate claim that using inhalers is worse than eating meat is a failure to acknowledge that a singular harmful activity is a very marginal component of the overall burden created by humanity. For instance, fishing gear is a far bigger contributor to ocean pollution than straws and petrochemical companies are some of the world’s biggest polluters. The cost of “doing the right thing” can be high when it involves hyperfocusing on relatively minor resource usage, sometimes in a literal sense, as ecofriendly products are often expensive and environmentally unfriendly options don’t always have viable alternatives. Injection supplies, for example, can be perceived as wasteful, but some diabetics need needles to survive and it’s nearly impossible to sterilize needles for reuse. And yet, people continue to buy into the idea that the personal overrides the institutional when it comes to environmental action, despite evidence that there’s little we can do on our own, unless we have the resources and the power of Donald Trump, Jeff Bezos, and others of their ilk.

In collective crises, the idea that “every little bit helps” is firmly entrenched. Even those who know a proposed action like never using plastic straws or always bringing your own food containers to the bulk bins at Overpriced Greenwashed Grocery Store won’t move the needle—or be effective at all—still push forward in good faith. Therein lies the crux of the debate over institutional versus political when it comes to environmentalism: If it doesn’t harm anyone, and it feels nice, go ahead and do it. But sometimes the individual things we do, and how we frame them, are actually harmful, whether they worsen a problem or distract from a larger issue. Some critics argue that fixating on the personal is entirely wasteful and counterproductive; others have taken a “yes, and” approach. Yes, taking on institutional issues is vital, and making some personal changes can also be effective, not least because it may spark conversation that can lead to larger social shifts. The first electric car in town begets more electric cars, lowers the price point, and normalizes them to the point that gas-powered cars disappear from the road; personal has met institutional.

Still, in an era when climate change is a subject of international urgency, declining to participate in the consumer-industrial complex that is central to environmental awareness can be suspect. Living a “green lifestyle” is treated as an exemplary act, a critical trait to possess in a culture that values those who exhibit virtue. In the United States, a colonized nation with deep-seated Puritan ideals, virtue is woven deep into the national culture, particularly when it necessitates privation and sacrifice. Performance of that virtue is a vital element: How else will people know you’re better than them? There’s a peculiar reluctance in some circles to abandon environmental action that focuses on the personal, sometimes to the exclusion of taking on big institutions: British climate-action group Extinction Rebellion, for instance, is happy to mount its flashy blockades of public transit, but stubbornly resistant to examining the roles of colonialism and racism in the climate crisis.

Similarly, straw crusaders are not showing up for climate protectors, while plasti-bag banners are not joining pipeline resistors. This is especially clear on social media, where keyboard warriors absolutely adore lecturing one another and trotting out their greener-than-thou credentials, as you’ll quickly discover in any conversation involving straws or other ultimately trivial consumer choices. At a time when the dangers posed by institutions—from the federal government to Amazon’s chokehold on our lives—are painfully apparent, it’s utterly perplexing to see some corners of the environmental movement still investing in a belief that dragging someone online about their use of styrofoam cups can meaningfully slow the Earth’s rapidly accelerating destruction.

There are any number of reasons that people cling to performative environmentalism, but a key one might be a sense of learned helplessness intensified by the 2016 election. Donald Trump’s elevation to the presidency jarred many self-described progressives who thought “it can’t happen here.” It also showed privileged people what it feels like to face off against structural oppressions that seem insurmountable. Two thousand sixteen birthed the hashtag resistance, but also scores of ancillary movements, many of them driven by social media and all designed to make people feel as if small individual actions could help them regain control over their lives. From wearing pussy hats to crusading for sea turtles on Facebook, people are clinging to whatever helps them find a sense of meaning amid the lies, depredations, and vulgarities of the Trump administration.

That’s paired with a sense of instant gratification and satisfaction. Buying a pack of Dharma Straws ($40 with cleaning tool on Amazon, Prime Eligible!) offers a consumerist rush; the pleasure of buying things is amplified by the delight of buying the right things. Glass straws make excellent visual aids in tweets and Facebook posts (#StopSucking). Discrete actions with a clear beginning and end—going on a march, buying an ecoconscious product, encouraging friends and relatives to buy a similar product—yields instant gratification in a way that long-term organizing, mobilizing, and working against the system may not.

Corporations, of course, love the focus on personal activism because it absolves them while also becoming a tremendous source of revenue. Corporate greenwashing has created huge swaths of “ecofriendly” products for people to purchase and feel good about: Apple, for instance, talks about increasing the percentage of recycled components in its products, while not altering  its underlying business model of pressuring people to buy new phones every year. Some staples of green living  aren’t as ecologically sound as they claim to be—see industrial organic produce—while others simply add to the endless tide of extractive garbage lapping at the heels of the middle class. The costliest lie people ever sell themselves is that it’s possible to buy their way out of injustice.

The costliest lie people ever sell themselves is that it’s possible to buy their way out of injustice.

The work of environmentalism can be done in slower, subtler, and more consistent ways that are more likely to lead to long-term change. Communities of color have long led some of the best communal and individual-driven activism, most likely because they have an especially high stake in our environmental future. That includes Indigenous organizations, such as water protectors across the Americas, fighting to protect sacred waters and Black and Latinx communities fighting the environmental racism that has had devastating effects, from the fields of California to Louisiana’s Cancer Alley to lead-tainted drinking water in urban communities across the country. And though personal narratives do sometimes drive their work, these people and organizations are proactively involved with permitting, policymaking, seeking elected office, and other governmental activities that could put polluters in check, force the cleanup of heavily contaminated sites, or keep pipelines off ancestral lands.

A recent move to legally imbue land with rights has also created a powerful mechanism for environmental justice. That kind of work requires a long-tail, sometimes intergenerational, approach to these issues. Another governmental route available is lawsuits, which are currently used to extremely creative effect, as in the case of children suing governments and corporations over climate change. Shareholder activism has come to represent another intriguing option for taking on institutional polluters and other perpetrators of environmental harm. If they’re publicly traded, anyone can buy shares, and may rally with other shareholders as a block to demand that matters be put to a vote at the annual meeting, or to pressure for changes in the C-suite. Relatedly, targeting institutional investors like universities and public pension funds can have huge stakes for corporations counting on those shareholders, as seen in fossil-fuel divestment campaigns.

Convincing activists to adopt evidence-based tools for fighting environmental destruction has been an uphill battle and one that may not shift in 2020, when the accelerating frenzy of impeachment, elections, and other matters will drive a desire to do something—anything—to regain a sense of control. But the appearance of doing something isn’t the same as, and certainly not better than, better than doing nothing. When activists from privileged backgrounds are ready to commit to meaningful work that helps rather than harms marginalized people and the environment, we’ll be ready for them.

Read this Next: Valuable Resources 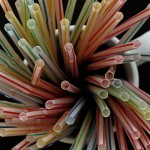 by s.e. smith
Straws are easy to target, but cities and companies still rely on environmentally harmful practices.