The Parent Trap: Birth-Control Sabotage Is an Insidious Kind of Abuse 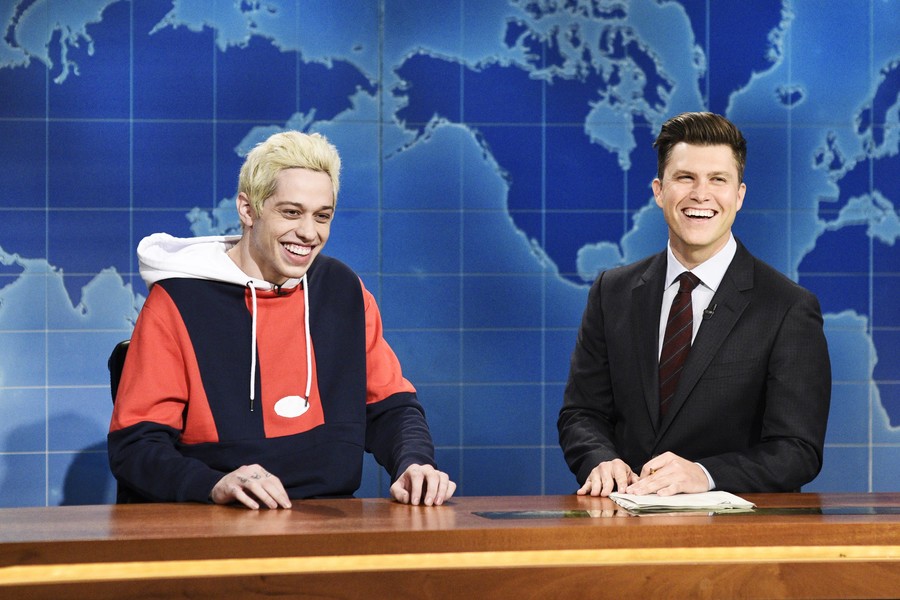 On a recent episode of Saturday Night Live, cast member Pete Davidson made a heinous joke about switching his fiancée Ariana Grande’s birth control pills with Tic Tacs to force her to stay with him. “I believe in us and all, but I just want to make sure that she can’t go anywhere,” he said. What Davidson was actually describing, however, is far from a quippy rom-com punchline: Tampering with a partner’s birth control is called birth-control sabotage—a common form of intimate-partner violence known as reproductive coercion.

Reproductive coercion occurs when one partner attempts to control the reproductive choices of the other as a way to maintain power over the relationship. It’s a violent, and often overlooked form of abuse. Reproductive coercion can take many forms, including pregnancy coercion, control of pregnancy outcomes, or birth control sabotage, and it can happen before, during, or after intercourse. Intimate-partner violence is still woefully understudied and underreported—the first time the term “reproductive coercion” was used in scientific literature was less than a decade ago.

Birth-control sabotage—what Davidson joked about—is considered one of the most common forms of reproductive coercion by the American College of Obstetricians and Gynecologists. In addition to exchanging birth-control pills for placebos, birth-control sabotage can also include outright throwing away or hiding a partner’s birth control, poking holes in condoms, or removing a condom during sex without a partner’s consent—a behavior known as “stealthing.” While studying stealthing, attorney and survivors advocate Alexandra Brodsky found “dark corners” of the web where men justify their support for stealthing by arguing that violence is their “natural male right.” Brodsky says that while stealthing might violate some criminal and civil laws, our justice system lacks sufficient means of redress for victims.

Reproductive coercion also includes physically abusing or assaulting someone as a means of controlling their reproductive choices, like forcibly removing someone’s IUD. It can manifest as emotional abuse as well—berating a partner for wanting to use birth control or refusing sex with unless they agree to doing so without a condom. This can also include threatening to leave or hurt their partner or themselves if their partner doesn’t comply with their demands. Davidson’s joke not only made light of the violence of birth-control sabotage, but it also reinforced sexist ideals about the relinquishment of autonomy in motherhood, relying on the implication that women, once pregnant, will abide by some archaic set of normative gender roles as mothers and wives. Relegating a partner to an unwanted or unplanned pregnancy is accepted as a surefire way to control them because imbued in our patriarchal society is the expectation that a woman will always fulfill that duty.

And unfortunately, Davidson’s punchline is an all-too-common reality. Reproductive coercion involving the control of pregnancy outcomes, sometimes known as pregnancy coercion or pregnancy pressure, can manifest both as forcing someone to carry or to terminate a pregnancy. Like other forms of reproductive coercion, this can involve threatening to, or assaulting a partner to get them to carry or terminate a pregnancy. Unsurprisingly, reproductive coercion is strongly correlated both with unplanned pregnancies and other forms of intimate-partner violence. One study found that unplanned pregnancies are more likely to be associated with intimate-partner violence than planned ones, and pregnancy can also be a trigger for domestic violence. And while people of all genders can be victims of reproductive coercion, existing research implies that most victims are cisgender women, though the relatively recent recognition of this phenomena contributes to researchers primarily examining cisgender and heterosexual victims.

For Grande’s fans—many of them teen girls—Davidson’s joke is particularly dangerous because it normalizes a behavior they’re at a real risk of encountering. Teens in abusive relationships are especially high risk for reproductive coercion—one study found that almost a quarter of teen girls in abusive relationships reported having their birth control interfered with. The high-profile nature of Grande and Davidson’s relationship exposes young people to this horrific form of abuse through a joke that downplays its actual harm.

Reproductive coercion is particularly dangerous because many people don’t recognize it as abuse, even when it’s happening to them. That’s perhaps because the idea that our reproductive choices belong to our partners and that pregnancy and parenting is a normal means of controlling a relationship is baked into so much of our dialogue about relationships. This ethos is so ingrained in our society that not only did Davidson’s joke clear the writer’s room, but it was met with big laughs—a dark illustration of the normalcy this violent form of abuse enjoys in our cultural dialogue.

Read this Next: I Went to Yale

by Caroline Reilly
Every time Brett Kavanaugh used Yale to virtue-signal his goodness, somewhere, another student just like him looked at that and thought they too were safe from reproach.​​​​​​​