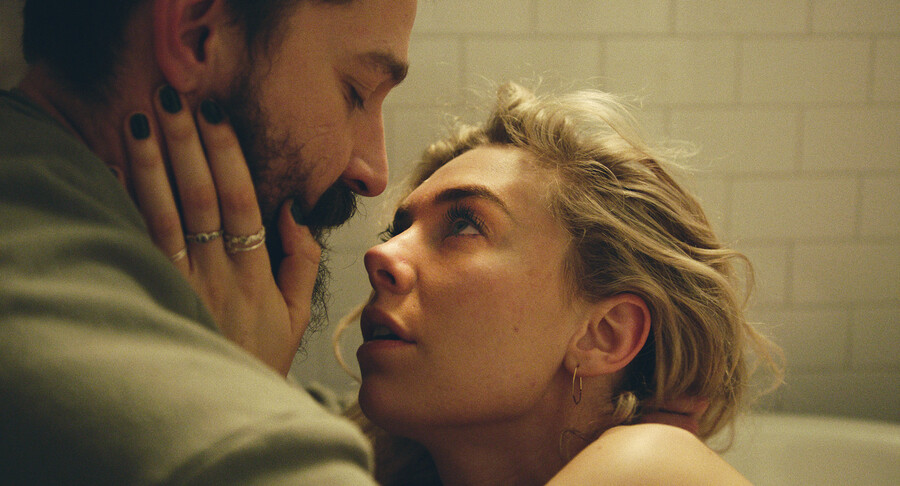 Shia LaBeouf as Sean, left, and Vanessa Kirby as Martha in Pieces of a Woman (Photo credit: Netflix)

When I watched John Cassavetes’s A Woman Under the Influence for the first time this year, I had history and expectations in the back of my mind. As a female film critic with mental illness, it’s the kind of film that I expected to love. Written and directed by Cassavetes in 1974 and starring Gena Rowlands, the film began as a modest independent production, funded by the actor-director and championed by Rowlands, whose desire to tackle more complex work inspired her husband to write the film. Despite its low profile, A Woman Under the Influence became a critical success. It was nominated for two Academy Awards, won a Golden Globe, and was anointed a masterpiece for good reason: It was one of the first films to portray a middle-aged woman with mental illness in a way that wasn’t campy or crowded by thriller genre trappings. And yet, watching it I couldn’t feel that truth onscreen. Although I could recognize the craft in both Rowlands’s performance and her husband’s direction, when the credits rolled, I found myself feeling as if there must be more to see.

A Woman Under the Influence can be best described as a spectator’s effort to understand a woman’s mental and emotional state. Hungarian director Kornél Mundruczó’s critically acclaimed 2020 drama, Pieces of a Woman, which aims for rawness but settles for shallow, overwrought storytelling, could be described similarly. Pieces of a Woman, which had its North American premiere at this year’s Toronto International Film Festival (and was recently picked up by Netflix), boasts a Golden Lion–winning performance by Vanessa Kirby as Martha, a woman whose daughter dies after a home birth goes wrong. The majority of the film chronicles the fallout of that trauma as the grieving mother reevaluates her relationships with her partner, Sean (Shia LaBeouf), and her mother, Elizabeth (Ellen Burstyn), and enters into a legal battle with her midwife, Eva (Molly Parker). This is a great setup for a marital drama, and a rare one: Though there are countless films about parents dealing with the loss of a child, we do not often get to see the complex emotional reaction to an infant dying immediately after delivery.

The film does a great job of illustrating the tenseness, danger, and ultimate tragedy of the experience in the first 25 minutes. Mundruczó achieves this with a naturalistic, documentary-style single shot that begins with Sean making his way home for the birth and slowly shifts perspective until we see Martha go into violent, painful labor. Things go awry immediately: The midwife Martha had worked with throughout her pregnancy isn’t available, and instead she is attended by Eve. Suddenly, an experience that was supposed to be personal and organic is helmed by a stranger. In the face of Martha’s distress, Sean tries to counter with energy and positivity; his behavior makes clear that the home birth was Martha’s idea and that his job is to do his best to honor the spirit of her decision. The most compelling part of the film’s first third is Martha’s heartbreaking transformation from bubbly, emotionally contained yuppie to the living embodiment of maternal anguish.

But as it goes on, the story devolves into a confused series of arguments between Martha and her wealthy, overbearing mother about the trial. Elizabeth insists that Eva going to prison will help Martha heal, but Martha has her doubts. While Burstyn is a joy to see onscreen, her character is woefully underdeveloped; instead, the veteran actor leans on well-known character beats from better movies such as Terms of Endearment and Postcards from the Edge. The powerful, no-nonsense matriarch constantly disapproving of her daughter’s decisions is a character that feels out of place here: The story doesn’t need Elizabeth, and her presence inadvertently stifles our understanding of Martha. Kirby fares better, giving a lived-in, full-bodied performance as a young woman bubbling explosive rage for the first time in her life. Trauma reverts Martha into a teenager, and Kirby plays that with the belligerence and wit reminiscent of Jennifer Lawrence’s best performances. (This comparison is fitting, considering that Lawrence’s work with David O’Russell is clearly a response to the Cassavetes canon.)

Pieces of a Woman shows us a profound emotional experience and then fails to articulate its nuances.

According to Mundruczó, who makes his English-language debut with the film, Pieces of a Woman is “an authentic film about tragedy.” His aim was to create an experience that’s as realistic as possible. But realistic and fully realized aren’t the same thing, and unfortunately Pieces of a Woman presents us with a profound emotional experience and then fails to articulate its nuances. Any narrative depth can be attributed entirely to Kirby’s strength in the lead role. As A Woman Under the Influence proved, there is a lot to be said for giving an actress the space to exercise her gifts; in this film, however, much more is necessary to justify the stirring, possibly triggering emotions that arise from the film’s inciting event. Mundruczó’s craft in the home-birth sequence is undeniable; the scene ensures that we feel the emotional highs of receiving such a beautiful gift, and the lows of watching it become a source of immediate, indescribable pain. But because viewers never get to know the woman at the center of this pain, we can empathize only as far as her tragedies map on to our own experiences of loss and grief.

In the gap between its intentions and its executions, Pieces of a Woman mostly resembles Lucy in the Sky, a film that premiered at 2019’s TIFF to zero fanfare. Noah Hawley’s astronaut drama, based on the real-life experience of former astronaut Lisa Nowak, tells the story of Lucy (Natalie Portman), whose perspective changes after her first trip to space. She returns to Earth only to find that life there no longer makes sense to her, and she begins to drift away from her doting husband (Dan Stevens) and into a doomed affair with a fellow astronaut (Jon Hamm). What follows is a film so afraid of depth that it depends entirely on its lead actor, leaving Portman feverishly running from scene to scene in a fruitless attempt to anchor the narrative in some sort of emotional truth. Pieces of a Woman’s Kirby does similar work, carrying a potent, simmering rage throughout the story, looking for understanding that never comes. (Coincidentally, Lucy in the Sky also wastes Ellen Burstyn, who plays Lucy’s no-nonsense grandmother.) When these films work, it is often because we fill in the blanks of the filmmaking with our own projection. We relate to Martha’s reactions to her situation while forgetting that the film has barely told us anything about her. Filmmakers know that these stories—women on the edge trying to decide whether to leap off—generate awards buzz regardless of their overall quality. As a result, they often portray womanhood as a collection of increasingly erratic choices. In the end, the only thing that Pieces of a Woman shows us is that Kirby is a tremendous actress and Martha was merely an exercise.

Read this Next: The Final (Male) Frontier 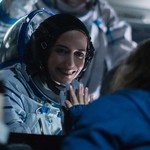 by Beatrice Loayza
The final frontier continues to be a male-dominated arena.