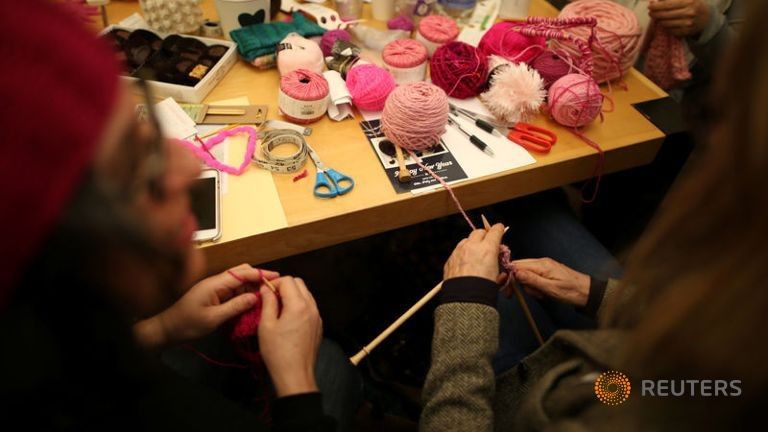 The fast-approaching Women’s March on Washington is shaping up to be a massive event, with 130 organizational partners, from the Arab American Association of New York to the Feminist Majority Foundation to V-Day, as well as more than 150,000 individuals signed up on Facebook to attend. And, if you’ve been following the run-up to the event on January 21, you’ve probably seen people posting about pink yarn, knitting, and “pussy hats.”

One of the many suborganizations participating in the march is the Pussyhat Project, a movement with a two-pronged mission to “provide the people of the Women’s March on Washington D.C. a means to make a unique collective visual statement which will help activists be better heard” and “provide people who cannot physically be on the National Mall a way to represent themselves and support women’s rights.” The idea is that pink, cat-eared hats worn by a critical mass of march attendees stand to reclaim the word “pussy” from our president-elect and his crotch-grabbing tiny hands. Knitters who can’t attend are knitting hats based on a pattern provided by the Project and sending them to be handed out to marchers (or, in some cases, selling them for a fairly high price). Judging from reports of a pink yarn shortage, that critical mass will be representing.

Not to rain golden showers down on the pussy parade, but I’m not sure that pink, cat-eared hats are a great symbol for the largest women’s march in years. The infantilizing kitten imagery combined with a stereotypically feminine color feels too safe and too reductive to be an answer to the complex issues facing women today. For example, while the March claims intersectionality as central to its platform, and the Pussyhat Project claims to be speaking for both cis- and transgender individuals, the latter’s conception of what it means to be a woman is remarkably narrow. According to the website:

“Pink is considered a very female color representing caring, compassion, and love—all qualities that have been derided as weak but are actually STRONG. Wearing pink together is a powerful statement that we are unapologetically feminine and we unapologetically stand for women’s rights.”

The pussycat, obviously, is a metaphor often used for female genitalia, but one far less evocative than, say, Georgia O’Keeffe’s flowers, with their depth and variety of colors. It is a metaphor particularly unsuited to responding to sexual assault. Grabbing my pussy is not an assault on my femininity—which implies that I am soft, delicate, and in need of protection, and that if I’m not explicitly feminine, it’s okay to grab my vagina—but an assault on my humanity, on my inherent right not to be grabbed regardless of my biological characteristics.

Furthermore, the Pussyhat Project is engaging in a form of gender essentialism, which asserts that the gendered characteristics of femininity are directly linked to the biological characteristics of femaleness and, specifically, the presence of a vagina. This binary is one that feminists have fought against for years, arguing instead that femininity is a social construction assigned to femaleness and that females can be feminine or masculine or any combination of the two, as can males.

This kind of gender essentialism has been used for centuries to enforce gender conformity. Women were denied the vote based on the idea that we were too soft and too unreasonable to use it wisely. Women’s supposedly inherent compassionate nature kept us confined to the home, tasked with raising moral citizens rather than acting as citizens ourselves. Once allowed to work, we have been limited to service areas and judged as incapable of the “hard” work of business, academia, and building.

Gender essentialism, a belief used to oppress throughout most of human civilization, can’t suddenly be used to support intersectionality, a concept which posits that people are defined not solely by their biology but also by their class, their culture, their race, their ethnicity, their religion, and their own unique, personal characteristics. Though the WMW website uses an Audre Lorde quote—“It is not our differences that divide us. It is our inability to recognize, accept, and celebrate those differences”—the Pussyhat Project proposes that because we are women, we are all the same, and it reinforces this view by attempting to make us all look the same. Unfortunately, women’s movements that have claimed that we are all the same because we are all women have not, historically, turned out to represent all women.

Based on early Facebook posts about the event, my original fear for the WMW was that it would be more a celebration of femaleness than an act of resistance against sexism, Trump’s sexism in particular. Months later, the organizers have somewhat assuaged my fears by releasing a four-page guiding vision that connects the march’s feminism to economic and racial issues, inequities in policing and criminal justice, reproductive freedom, better workplace protections, unions, voting rights, immigration, and environmentalism. (A note: The platform, which originally called for solidarity with sex workers, has changed its wording to call for support for “those exploited for sex and labor.”) The Pussyhat Project, on the other hand, has one goal—for all marchers to subscribe to the stereotype of women as feminine. This is in direct contradiction to the guiding principle of the march, which articulates the need for freedom from “gender norms, expectations, and stereotypes.” Ideally, the variety of bodies, signs, and coalitions present at the march will reflect the emphasis on diversity that the organizers have put forward. Let’s hope those things speak as loudly as pink hats. 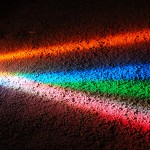