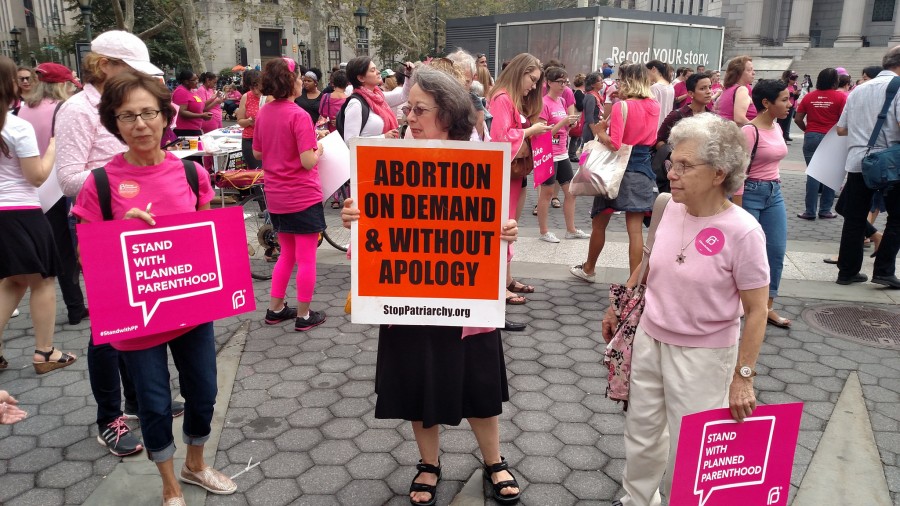 Planned Parenthood supporters at a rally this fall. Photo by All-Nite Images, via Creative Commons.

After a video that implied Planned Parenthood “sold baby parts” went viral last summer, the nation’s largest reproductive health provider faced a slew of threats, a tragic fatal shooting, and eight Congressional votes to defund their services. Now Planned Parenthood has taken a stand: Today they filed a federal lawsuit against the right-wing group responsible for the videos.

In the suit, Planned Parenthood argues that the Center for Medical Progress violated the Racketeer Influence and Corrupt Organization Act and engaged in wire fraud, mail fraud, invasion of privacy, illegal secret recording, and trespassing. The Center for Medical Progress is a “complex criminal enterprise conceived and executed by anti-abortion extremists,” says the suit. “The express aim of the enterprise—which stretched over years and involved fake companies, fake identifications, and large-scale illegal taping—was to demonize Planned Parenthood, harass and intimidate its dedicated staff, and interrupt its operations, all with the ultimate goal of interfering with women’s access to legal abortion.” Bam.

Members of the group posed as employees of a fake medical research company called Biomax to set up meetings with Planned Parenthood representatives and ask about the process of fetal tissue donation. During those meetings, they covertly recorded videos and then edited the footage to make it appear that Planned Parenthood was “selling baby parts.” Since the videos' release, Republicans in Congress and state legislatures have demanded investigations of Planned Parenthood—all of which have determined that the group’s process of donating fetal tissue to science is entirely legal.  After Washington State looked into the claims, for example, the State Attorney General noted that Republicans demanding an inquiry  “seek to discredit the organization and divert resources away from patient services, making it more difficult for Washington women to exercise their constitutional rights.”

That's exactly the kind of mentality the new suit calls out. “The action is brought to expose the falsity and illegality of Defendants’ methods and to recover damages for the ongoing harm to Planned Parenthood emanating from the video smear campaign,” says the lawsuit.

Smearing Planned Parenthood as a group “selling baby parts” didn’t just put the group’s funding in peril—it put at the safety of abortion providers at risk. According to a press release by the National Abortion Federation, since the videos’ release, abortion providers have received an “unprecedented escalation in hate speech and threats.”

In July, the National Abortion Federation filed a similar lawsuit against the Center for Medical Progress to block the release of videos illegally obtained at National Abortion Federation meetings. The organization also successfully sought and obtained a temporary restraining order against the Center for Medical Progress in order to protect the “safety and security of their members.”

“These perpetrators must be held accountable for the ways in which they committed fraud and put our members’ safety at risk,” said Vicki Saporta, the National Abortion Federation's President and CEO, in a press release. “Nothing is more important than the safety and security of our members and taking these criminals to task for their illegal activities.”

Nonetheless, as Derek Foran, the outside litigation counsel for the National Abortion Federation, pointed out in the National Abortion Federation’s press release, Planned Parenthood’s decision is an important step in fighting the extremists determined to spread dangerous misinformation about the organization: “We are delighted Planned Parenthood is joining the legal fight NAF began last July against extremists whose conspiracy has placed NAF’s members in harm’s way, merely for working to ensure the constitutionally-guaranteed right of women in this country to make their own reproductive choices.”

Relevant: Who's Assigned to Write Most of the Articles About Reproductive Issues? Men. 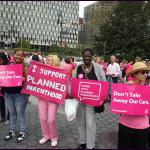 by Katherine Marrone
Female reporters are outnumbered even when it comes to writing about issues like birth control and abortion.