The Pleasure Dome: Nipples are Magic 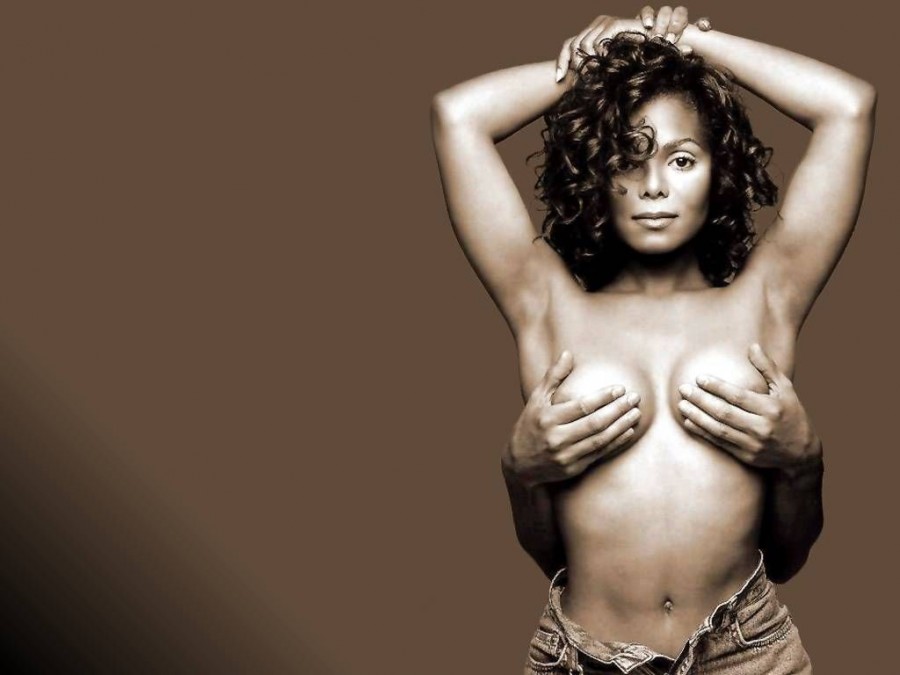 Janet album cover via Rolling Out

It has recently occurred to me that claiming the massive possible pleasure coming from nipples is a feminist activity. This idea, unsurprisingly, occurred to me one day while under the influence of nipple pleasure, but the idea held even when my head cleared.

My first conscious experience of patriarchy and boobs was in middle school. As my body went through puberty, and my breasts filled in and grew heavy, it/they became objects of attention. Not the kind I wanted. Boys, generally without asking, out of the blue, wanted to smush and fondle them, to grab them with bruising pressure. They acted as if all the breasts at school belonged to them—not us, just our bodies. The boys’ responses to my breasts made me feel exposed and awkward all the time. I discovered pleasure in my body early, but I came to believe that breasts were too tender for other people’s hands to touch, especially rough boy hands.

Perhaps they were acting out the moves they’d seen in pornography. My first job was working at a bookstore, stocking magazines. I learned early to emulate the “naughty” magazines: No matter how I actually felt, I opened my mouth in a wet “O”, furrowed my brow like I was confused, like I could not possibly understand how good it was to be so handled. My job was to just please him/him/him/and him with my existence.

The years passed and I learned how to slap away groping hands and feel how I wanted to be touched, and I learned that I liked a spectrum of genders. There were moments of nipple pleasure with lovers here and there—most of these passed so quickly as to seem an accident; like they were toys, private explorations of my own body.

But that learning took a long time. The general behaviors I witnessed were to ignore and disrespect the power of my nipples. And I learned that nipples get ignored or disrespected in a number of ways.

It amazes me how often I meet people of all genders who don’t understand or feel they can access the potential pleasure of our nipples. Some say they can’t really feel anything there. Some say it emasculates them to feel anything there. I know that nipples work differently for everyone, and that some people may not really feel much there. But I suspect that most of us could benefit from more concentrated attention on our nipples.

According to a 2011 Journal of Sexual Medicine study, the “sensation from the nipples travels to the same part of the brain as sensations from the vagina, clitoris and cervix.” Nipple stimulation “releases the hormone oxytocin”, aka the happy juice.

I suspect our ignoring of (or under-attending to) these pleasure points is rooted in a patriarchal rejection of anything associated with women’s bodies. Nipples are a reminder of that long ago moment in the womb when everything was woman. There are a variety of laws that ban the baring of the breast, often with the explanation that the breasts are too sexual for men to witness. We live at the intersection of Hooters and Janet Jackson boob shaming. At the historical intersection of Playboy bunnies and bra burning. Women showing their bodies from the waist up have to fight. Sex becomes a private practice ground for that fight.

So much of sex culture is still set by straight cis men and the pornography of pounding into cis and trans women’s mouths and pussies, often in whatever is the most degrading way possible.

I’d be remiss not to mention nipple hierarchy: Nipples with smaller or lighter areolas are considered more attractive than those with the darker, larger areolas (we recently saw Rob Kardashian critiquing powerhouse Blak Chyna’s post birth nipples in his tantrums)—which often come with Black and brown bodies, and with breastfeeding. Large and/or dark nipples are for fetish, not for beaches or titillating. It has to be said that disdain for the dark nipple feels connected to ancestral mammy memories. What mental calisthenics it took to apply white supremacy to navigating bodies of Black and brown people!

So it is in the face of all this complex history that I claim my/our nipples as an extension of the pleasure system in my/our bodies, directly correlating and turning up my pleasure.

It was women lovers who first slowed things down to the pace of worship at my breasts, moving past my own haste to get to business, my sense of constant scarcity as a young fat Black lover who, for a long time, thought I was lucky when someone spent any time on my body. I remember the sensation that everything was connected, the first time I asked a lover to stay at my breast a little longer, the first orgasm I had from nipple stimulation alone. I began to understand a new map of nerves threading through my system, the interconnection of desire and delight threaded through the body.

As far as I can tell from conversations with people of all genders, this pleasure is only numbed by our lack of belief in its existence! Now I want all people with nipples to have a chance at the nipple glory I regularly experience. Here are some steps:

Your pleasure assignment this week is to discover or upgrade the pleasure relationship you have with your nipples.

“The Pleasure Dome” will continue the magical exploration of nipples next week and investigate the mountainous peaks of pleasure for those who breastfeed!