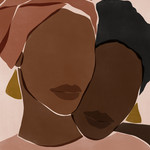 Bitch Approved: 3 New Podcasts You Should Listen To In February