5 Tips for Remaining Politically Engaged After the Election | Bitch Media 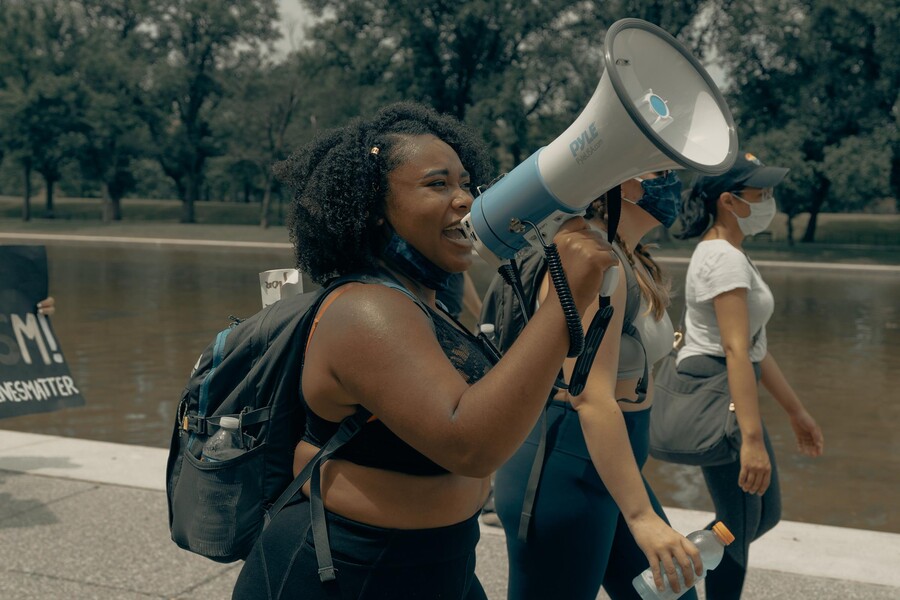 Donald Trump hasn’t yet accepted his defeat, but Joe Biden is now the president-elect of the United States—and he has hit the ground running. Since his victory was called last weekend, Biden has already announced a COVID-19 task force led by some of the country’s leading physicians, researchers, and public-health experts; vowed to issue executive orders to reverse some of Trump’s most dangerous, most oppressive, and most pettily mean-spirited policies; and delivered a speech about the importance of preserving the Affordable Care Act as the Supreme Court considers a case that could effectively gut it. The more than 74 million Americans who voted for Biden—the most in the history of U.S. elections—might be breathing deep sighs of relief at the prospect of ejecting Trump from the White House. But that was never the entire goal: There’s still a lot of work to be done to address the worldwide impact of Trump’s four years in office, and to ease the pandemic-exacerbated suffering that the most marginalized among us have always experienced.

Once Biden, along with vice-president elect Kamala Harris, are inaugurated on January 20, a coalition of politically engaged citizens—nascent and veteran activists, organizers, policy experts, and more—will continue pushing a focused agenda that prioritizes that needs of the nation’s most vulnerable groups: Black, Indigenous, and Latinx Americans, especially those who are working-class; people with disabilities; queer, trans, and nonbinary folks; and all those at risk of losing their healthcare or living in communities most impacted by climate change. With a surfeit of issues to address and not a lot of time to address them, it’s reasonable to feel overwhelmed—especially given the current political theater. If you’re not sure where to start, we’ve got some concrete tips for getting and remaining involved.

1. Curate a List of Journalists and Other News Sources You Can Trust

The phrase “fake news” became an all-purpose refrain as soon as the  Trump administration began, mostly used by the president and his cronies to sow chaos and distrust by delegitimizing damaging reporting on the administration’s lies, grifts, and ever-escalating antics. And despite revelations about Facebook’s active role in courting and amplifying conservative disinformation in the Trump era, the platform remains  a cesspool of unregulated, inflammatory content. Disinformation bots have even figured out how to make their content appear legitimate, making it more important than ever to understand where your news comes from. If you’re on Facebook, vet a couple of news sources or journalists that are accurate and legitimate and then mark them as favorites, which will prioritize them on your homepage. If you use Twitter, identify some trusted print, digital, and broadcast journalists and follow the individuals and outlets they follow. Explore podcasts produced by or affiliated with familiar news organizations. Subscribe to a local newspaper—ideally, one that operates independently and isn’t venture-capital–backed—and set up push alerts. Just as important: Make sure you give yourself time to take breaks from breaking news—both your mental health and your political conviction need them.

2. Research an Organization to Support

For people new to activism and organizing, it can take time to find your footing and to identify causes and organizations where your time, energy, and experience will be most effective.  Start with the issues you’re most passionate about, and then start researching. Is there an organization in your community or on your campus that’s already working on them? Are there activists you admire on social media? Find out all you can about what they do and how they do it. And dig deep: Are there any red flags about an organization’s leaders, its practices, its fundraising methods or numbers? When you think you’ve found an option or two, figure out how to get involved. Maybe it starts with attending a monthly meeting or taking on some volunteering shifts; maybe it begins with donations to multiple organizations working on the issues you feel drawn to. Find gateways to becoming involved in various forms of activism and step through them.

COVID has made clear that none of us can wait until the day after Biden’s inauguration to begin helping people in our communities. More than six months since the pandemic arrived in the United States, more than 1,000 people are hospitalized every day, and more than 240,000 people have died. Finances, employment, education, and childcare make for compounded struggles, and the government’s shameful foot-dragging on providing economic relief means it’s up to us to stand in the gap when and where we can. There are lists and directories of mutual-aid funds to donate to, including those focused on ending cash bail. You can also take a more unofficial mutual-aid route, providing meals, childcare, diapers, and other necessities to family members, neighbors, and community centers.

Though the national news media has stopped covering protests, they’re still happening nearly every day in many cities. Even as the weather grows colder and harsher, people continue to protest police violence, gun violence, and myriad other issues. Once you’ve found an organization to support, make sure there’s a solid protest protocol before you start demonstrating: It’s crucial to know what to do in case there are arrests, how to engage with counterprotestors—and, for that matter, members of law enforcement—who might escalate violence; information about masks, tear-gas protection, and other safety measures; and how to avoid being photographed or otherwise surveilled during the protests. Direct action is important, but it’s also not for everybody. Participate if and when you can.

COVID has made clear that none of us can wait until the day after Biden’s inauguration to begin helping people in our communities.

It may be a cliché, but public pressure works on public officials. Start calling your local officials about the issues that matter to you, whether it’s preserving the Affordable Care Act and expanding its benefit or combatting restrictive abortion legislation. Encourage other people to call as well. Demand that your elected representatives engage with their constituents at virtual town halls or other open-to-the-public events. And when public officials get it right, give them a shout by phone, by mail, or on social media. Letting politicians know that their constituents are paying attention to what they’re doing—and what they’re not doing—is a small step, but it’s a necessary one.

Read this Next: Keep Fighting 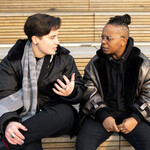 by Rachel Charlene Lewis
This is only the beginning.