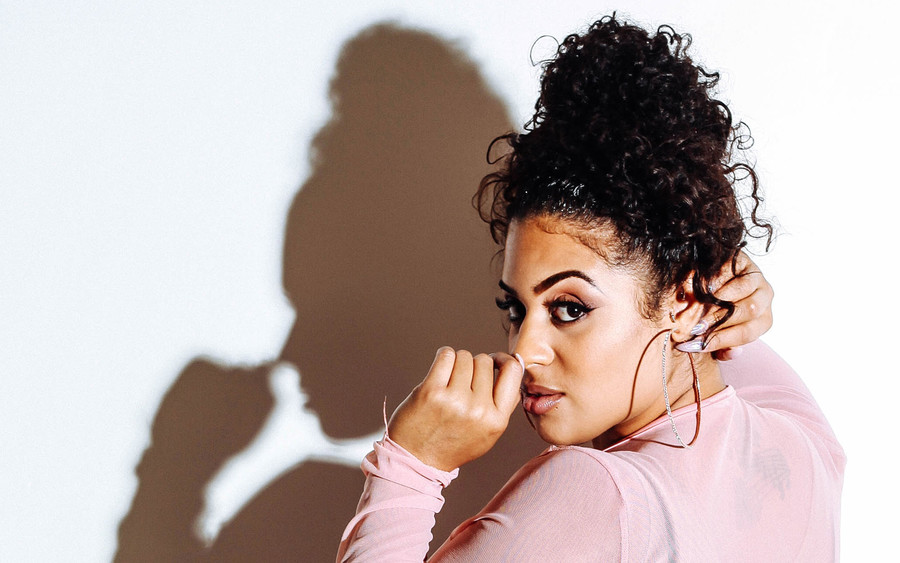 I recently hosted an all-girls yacht day where most of the attendants were Sex Workers. As we exited the boat, drunk and sore from twerking, I overheard something that moved me: “It was so nice to be able to talk about work today without judgment.” For one day, a group of Sex Workers talked amongst ourselves about our job—the hard days, the lucrative days, strategies, lessons, and growth. These are topics most people discuss every day. Sex Workers, however, cannot. Like you, Sex Workers wake up every morning intending to provide for our families and make ends meet. However, unlike you, there’s no universal safe space for Sex Workers to exist, much less talk about the ins-and-outs of our day. On a good day, we encounter people who devalue our labor and personhood. On a bad day, we are reminded that the work we do can land us in jail. Our safety is of so little priority that jokes about our deaths are commonplace and met with impunity. And yet, what Sex Workers call “hoe aesthetics,” are still being appropriated with little nuance or respect for Sex Workers.

A collective and cultural disgust toward Sex Workers has material consequences to our safety, well-being, finances, and our general ability to move through the world safely. Repercussions like the End Banking for Human Traffickers Act of 2017, an Elizabeth Warren-sponsored Senate bill that would close the bank accounts of people who are suspected of being trafficked. A bill that would undoubtedly affect Sex Workers from all walks of life because the government can’t clearly distinguish between “trafficking victims” and Sex Workers. (Besides that, the purpose of shutting down bank accounts of trafficking victims is lost on me.) Or hotels who intend to train their staff to “spot trafficking victims;” instead of being able to work or relax at a hotel, Sex Workers (again, conflated with victims of sex trafficking) face the possibility of being reported to the authorities under the guise of being “protected” or “rescued.”

Or what about this bar in New York that kicked out a female patron who was dining alone because their waiters mistakenly thought she was an escort? It begs the question: What would have happened if she were an escort? And of course, it’s impossible to forget FOSTA-SESTA, the 2018 bill that claimed to target online sex traffickers but has actually put Sex Workers, mostly marginalized ones, at risk by hampering their ability to screen clients (among other things) and pushing actual trafficking victims deeper into inaccessibility. These aren’t just tweets or petty comments from unsupportive family and friends—these are symptoms of systematic barriers that endanger Sex Workers and, by extension, women as a whole. However, it seems the only people that care about the things listed above are Sex Workers not women as a whole.

When I think about what empowers women, I have to remind myself Sex Workers are often excluded from the conversation. What hurts more is watching women celebrate sisterhood at the expense of Sex Workers while emulating us. Part of the movement to rejoice in women’s power includes reclaiming our bodies and demanding our worth—things that aren’t exclusive to Sex Workers but certainly show up in the work that some of us do. We see this in fashion, being discussed online and in lyrics. Everywhere you look, hoe aesthetics are being appropriated and incorporated into declarations of liberation. Casually wearing Pleasers. Rapping along to lyrics (a fave that comes to mind: “I’m at Grand Luxe eating a Caesar salad with my sugar daddy”). People making entire careers off of repackaging findom language as “dating tips.” Discussions amongst civie women about unapologetically engaging in sex. But for some reason this celebration, these aesthetics, this call for respect doesn’t include actual Sex Workers.

Actual Sugar Babies who go on dates for rent.

Actual hoes who (unapologetically or not) fuck for a rate.

Where do we belong in women’s empowerment?

If you’re going to imitate and glorify hoe shit from the outside and feel empowered by telling men you won’t breathe in their direction unless they cash you out, unpack your internalized misogyny and whorephobia.

Part of feeling liberated as a woman absolutely can (and does) include moving away from purity politics, (re)learning how to set (monetary) boundaries and expectations of our partners and understanding that autonomy means, “I own my body, not you.” But it becomes clear that praxis is only allotted to certain people; that dabbling in sexual liberation is for folks who aren’t actually hoes, don’t actually sell nudes online and don’t actually sell pussy.

This shows up heavy in Hip Hop, too. Like seeing the same women who call themselves “Hot Girls” berate Sex Workers for doing the same shit Meg Thee Stallion raps about (I won’t direct you to the tweets because they’re disgusting). Or when Nicki Minaj made a song literally entitled, “Rich Sex” where she raps, “Don’t let him fuck unless he got his bands up” but then promptly turned around and feigned disappointment when she heard there are women who, wait for it, actually won’t fuck men unless their bands are up. Or when Saweetie made a song about rich niggas being her type and in the same song called women who fuck for rent “thots” AND THEN POSTED THIS ON HER IG.

It’s like watching white, racist folks mimic Black people. If you’re white and using Blackness for cool points you, at least, need to be actively pro-Black and use your privilege to amplify Black voices (but the preference is, don’t use that shit at all). The parallel here is people with privileged identities, chosen or otherwise, using aesthetics associated with a marginalized group for their benefit while contributing to our oppression or, at the least, being complicit in it. If Sex Workers’ existences weren’t criminalized all of this would be less offensive. Unfortunately, that’s not the case.

Because, when I’m on my way to see a trick and I’m listening to City Girls, I really mean it when I say, “I need a nigga who gon swipe them visas!”

Even if you don’t. 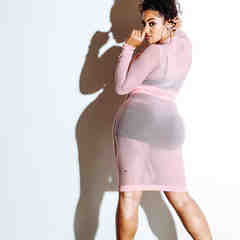 Raquel Savage is a board certified Sex Coach, Sex Educator, and Sex Worker. You can find her @raquel_savage on Twitter and @raquelsavage on Instagram. Or for more of her writing, videos, etc. visit: patreon.com/raquelsavage