Bitch HQpop culture round up 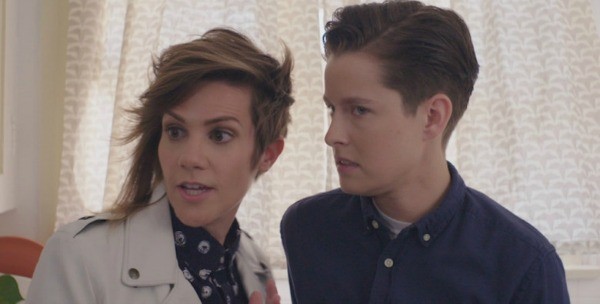 We’ve got a good news/bad news situation going on this week and it’s about Cameron Esposito and Rhea Butcher. Bad news first! Everyone knows by now that Seeso, the comedy-ish focused platform owned by Comcast/NBC is, as I like to say as a figure of speech when things should end but is also literally 100 percent accurate in this case, cancelled. Who cares about some moneymaking corporate entity tanking? We do! Because super-queer and super-necessary show Take My Wife (written and produced by Cameron and her AAA-rated funny comedian wife Rhea Butcher) was both funded by and hosted on Seeso, and we need more programs like it, not less. Buuuuuut also? It seems like Netflix has some money to throw around right now (cough Shonda Rhimes cough) and if Twitter and other social media magic keeps working, maybe it’ll pick up Take My Wife. The good news is shorter: Cameron has a new podcast that promises hour-long interviews with luminaries from the queer community. The best part is that it’s called Queery and someone help me calm down because I LOVE PUNS.—Kate Lesniak, publisher

I’m kind of particular about my driving music and have my aux cable plugged in 99 percent of the time. But earlier this week, in the 10 seconds between unplugging my phone and turning off the car, this song slipped through on the radio. I legit sat in my car for the full three minutes of this, dancing by myself in a parking lot. If you need a quick pick-me-up, turn this all the way up and reclaim the age-old tradition of the solo dance party.—Soraya Membreno, director of community

Fridays are my favorite day of the week because it’s the ending of the work week, the beginning of the weekend, and the release of a new episode of the Black Joy Mixtape. Slowly, but surely, this weekly podcast has become my favorite. It feels like I’m having a conversation with my homegirls about feminism, entertainment, and the ridiculous shit politicians and white folks do. If you’re not listening to the Black Joy Mixtape, you’re missing out on something special.—Evette Dionne, senior editor

Oh how I hate being cliched, but, if I’m going to be honest, what got me through this week has been plopping on my couch and watching the Rachel Maddow Show. I have strong critques of MSNBC, but I have thoroughly enjoyed watching Rachel Maddow rise in the past decade from a political contributor to having her own show. There are moments where you catch of glimpse of the genuine passion she has for this crazy political system in this country and it inspires me to continue to listen to history and after her show is over, to keep digging for truth on my own.—Lisa Factora-Borchers, editorial director 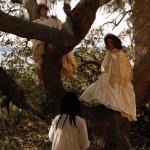 by Bitch HQ
Watch these classics.