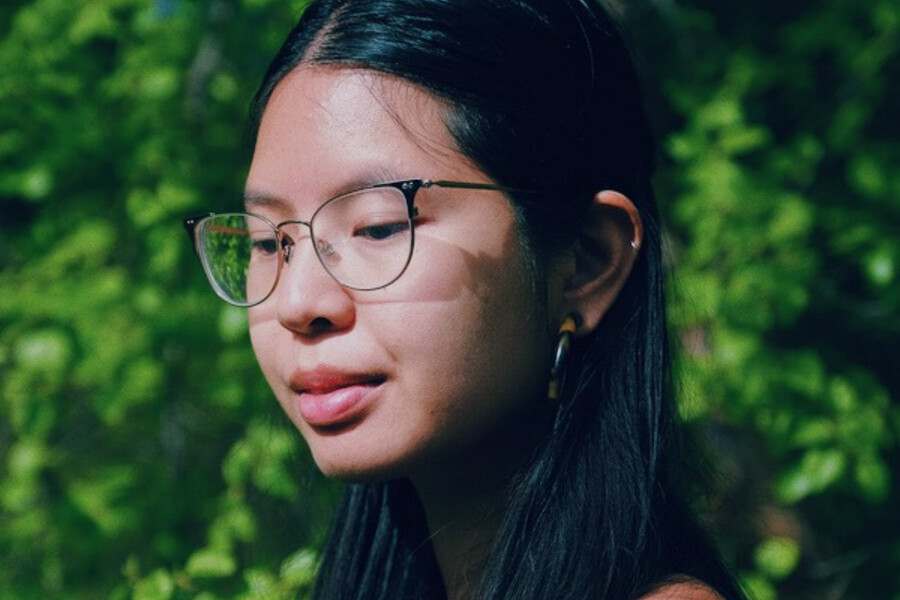 I’ve fallen off so many bikes in the name of desire. As a teenager and young adult, I’d find myself reaching for the handlebars in moments when my emotions ran high, pumping the pedals until the only sensations were the wind gusting in my face and roaring in my ears, the burning in my thighs. By the time I finished pumping, I’d be miles away from where I started. But I learned then: Go fast enough and feel hard enough, and eventually you’ll find yourself sprawled in the leaves on the side of the trail at midnight, or covered in snow on an abandoned railway bridge in November. It’s a transition moment you learn to love: the longing, the driving toward that sends you over the edge and out of control. Better still, the moment after: the silence after collapse, the head ringing, your body evidence of an emotion you couldn’t put to words even if you tried.

Where does the need to move faster, breathe harder, physically move through what we feel, and achieve catharsis come from? “Maybe it’s about moving past feeling nothing to feeling something—perhaps so much something that it feels like nothing again,” Larissa Pham answers in the first essay of her new book, Pop Song: Adventures in Art and Intimacy. “Now that seems right: how often in my life have I wanted to crest on the edge of pure sensation, seeking out the shape of something so big it could obliterate me?” Though she’s writing about running here, it’s the same principle: A body in motion stays in motion until it runs into something, until the feelings bubble over the vessel of your body and spill out onto the pavement. Seeking the beauty in those moments of obliteration, you take off too fast and hit the ground hard when you put your whole body into your wanting.

The instinct to mythologize your desire in this way feels inherent to youth, particularly to people, myself included, who came of age and to writing in the heyday of the first-person industrial complex and Tumblr. So it’s no wonder Pop Song feels almost painfully familiar to me—less like looking in a mirror and more like watching an old video of myself, or maybe rereading an old journal. Pham is familiar with this era because she was there too, as a fellow member in the cult of beautiful suffering, taking pictures of her bruised knees. “I wanted the aesthetic of the bruise but not what the bruise denotes,” she writes. When you’re young and a girl—or still think you’re a girl, in my case—you want to make art out of your hurt. Maybe, you rationalize, that’s the only way you can metabolize it. We mythologize ourselves because assigning a narrative to pain, drawing a boundary between the self and the emotion, makes the being bearable.

Pop Song takes this relationship and frames it, as writers are wont to do, through the craft of other artists, all people whose work is imbued with deep feeling and blood, both literal and metaphorical. Pham meditates on the obsessions of Yayoi Kusama, the tenderness and grace of Roy DeCarava’s photographs, Nan Goldin’s stark bruises, Jenny Saville’s bloodlike paint. She brings in other writers as well, examining her own desires and traumas through Leslie Jamison’s indelible 2014 essay, “Grand Unified Theory of Female Pain”; Bessel van der Kolk’s The Body Keeps the Score: Brain, Mind, and Body in the Healing of Trauma (2015); Maggie Nelson’s The Argonauts (2016); and Anne Carson (of course). The medium is irrelevant; it’s about the quality certain works have to show the depth of the feeling their creators were in at that precise moment of creation—the tremble of the artist’s voice on the live recording, the information held in the shadowy grain of a photograph of a lover. Because of this tendency to share, Pop Song at times feels more like a letter than a memoir: one from a lover with a copy of their favorite poem tucked in, a gift that says, Here, my words are not enough, but this is what I am trying to describe to you.

The book itself is a document of intense feeling, and Pham documents this catharsis meticulously, both in the moment and retroactively. She takes pictures of her bruises and bloody noses; her college self takes laptop selfies of her tear-stained cheeks, which she sends to her then-boyfriend. “The crying wasn’t the point. It was my massive sadness and, more than that, my frustration that I wanted to show,” she writes. “Taking the photo was my proof, but taking the photo did something else to me. It wasn’t just proof; it became performance. I chose to do this. I wiped my face. I opened the camera. I made a picture of my pain.” Perhaps it is this urge for documentation that leads her to other artists’ documents of abject emotion, or maybe it’s the other way around. Maybe it’s human instinct to want to capture our emotions like this, to bottle and preserve them for others to see. 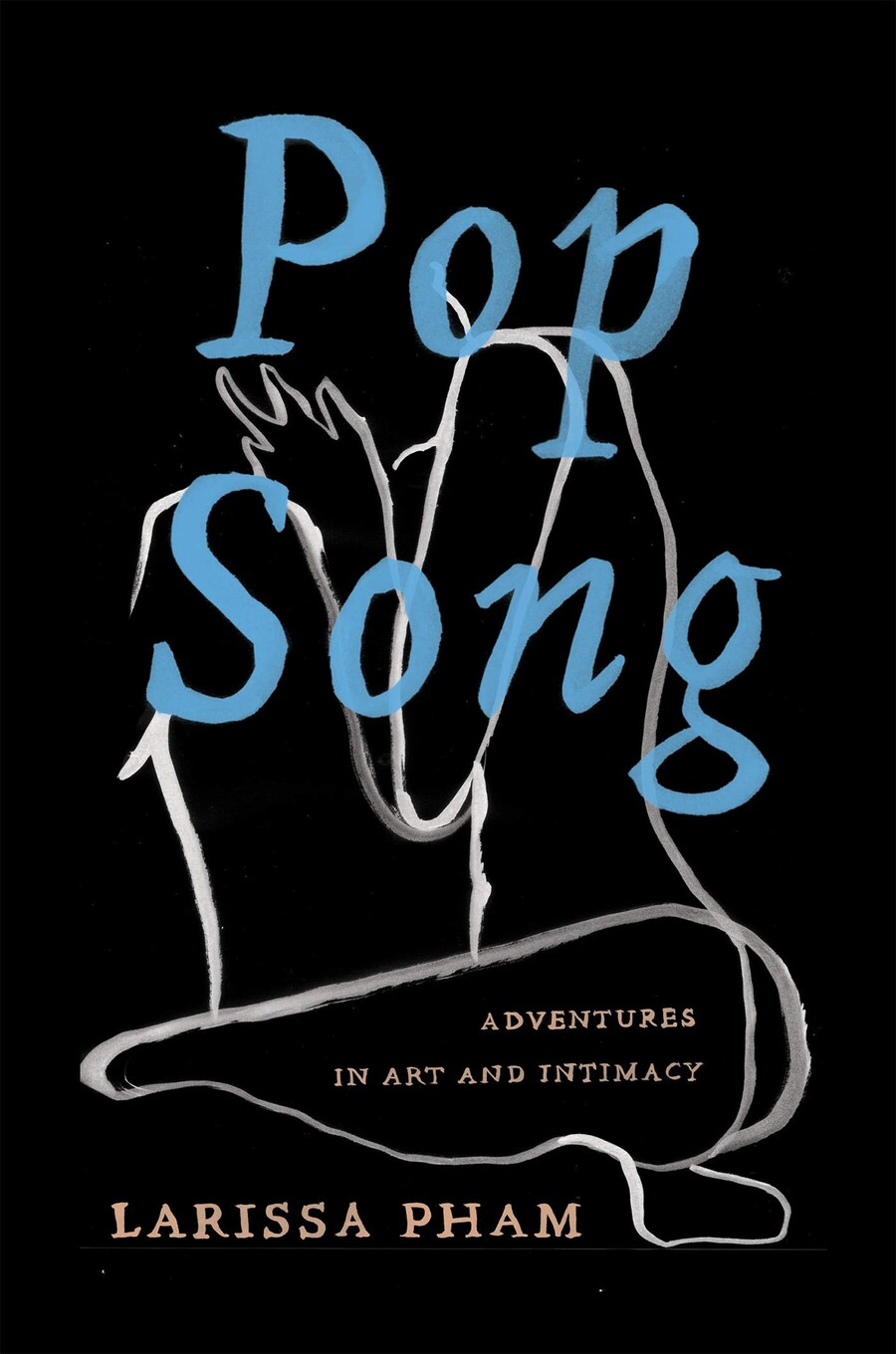 With an indirect gaze, a love poem slipped into a letter or between the pages of a borrowed book, Pham asks us—at times begs us—to bear witness. Much of the book lives in the paradox of young adulthood, particularly as a young woman of color, wanting so badly to be witnessed yet unable to bear the weight or meaning of a gaze. We see this reflected in Pham’s motif of covering her face, a gesture she returns to again and again in moments of emotional vulnerability or uncomfortable honesty—when discussing a traumatic event with a friend, or lying in bed talking to the book’s “you,” a lover whose relationship she charts over the course of chapters and artworks. The impulse to look away is strong: Don’t we all want to be able to speak without speaking, for our lovers to know all our wounds, wants, and needs from just a glance? Spoken words seem like barriers to be shattered: Pham prefers phone calls, letters, photos with no text attached on a shared Instagram account—all mediums of communication that obscure the face, ostensibly so the feeling shows through clearer. Maybe this is the role of a memoir, too, a way of averting the gaze while disclosing yourself. In “Haunted,” she tells her lover (and us too): “I just want to make you feel.”

By recreating a moment of absolute feeling, Pham takes your head in her hands, looks you in the eyes, and makes her desire known. That’s what the journey is all about: learning you’re allowed to want, then learning how to put your body’s catapulting desires into words of your own. “I knew that I was doing that thing I always do, mining my surroundings for significance,” she realizes. “I was looking for something in the world that spoke for me. Something that reached out to me with a hand and said, Here. You are not alone.” Pham concludes Pop Song with the realization that even the alone is survivable. On her own in a foreign city, she finds herself without witness but still standing, living through the feeling. And isn’t that what we all learn on the other side of the crash? That with or without a witness, you’re the one to hold your own hand first, to bandage your wounds after you’ve taken their pictures. To get up and step through the door into your own life.