Why does the thought of going to the gym inspire such anxiety? Because exercise—literally moving our bodies—is so wrapped up in fatphobia, ableism, sexism, and other nasty stuff.

On this episode, we try to extricate exercise from all the body-shaming stuff that’s usually tied to it. Bitch Media editorial intern Emily McCarty brings us a dispatch from roller derby training with the Rose City Rollers and listeners share ideas for feel-good exercises ranging from rugby to trampolining. In the last half of the show, we dig deep on yoga. Fat femme yoga sensation Jessamyn Stanley drops some knowledge, then writer Mika Doyle joins us to talk about the science of using yoga to heal from PTSD.

KICKIN’ IT WITH THE ROSE CITY ROLLERS

SHOUT-OUTS:
• The photo of Jessamyn Stanley doing yoga that’s featured on this show was used with permission from her Instagram and was taken by Sacha Maric. The other photos featured on our Soundcloud files are by Liz West and Sascha Kohlmann.
• If you’re interested in learning more about the intersection of yoga and PTSD, Mika Doyle wrote more about her experiences in the article, “The Science of Using Yoga to Heal from Trauma.”
• The band highlighted on today’s episode is Juniore. They have a great retro sound—look them up!
• Maybe you need a body-positive workout mixtape? Don’t worry, we made one!

Download an MP3 of this podcast on Soundcloud or just browse our podcast archives here on Bitch Media.
This podcast was transcribed by Cheryl Green of StoryMinders. We’re proud to make Popaganda accessible to people who are Deaf or hard of hearing.
FULL TRANSCRIPT 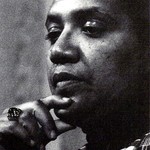