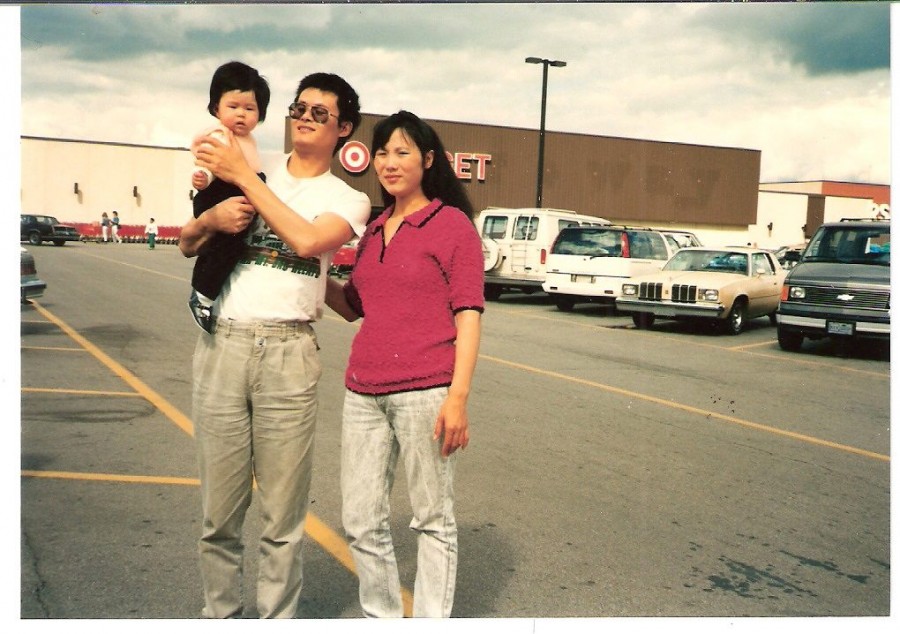 Journalist Belinda Cai and her family.

Editor’s Note: Popaganda is on hiatus until 2018. This episode originally aired on February 2, 2017.

When politicians and pundits talk about immigrants, they far too often use language that makes it seem like immigrants are… other. Not real Americans. Not able to be trusted. Their histories, experiences, and native languages, those should be pushed aside in favor of the “melting pot” of English. At the same time, stories of immigrant families are noticably absent from our pop culture. While millions of North Americans are growing up as children of immigrants, you can count the number of third-culture kids on TV on one hand.

Today’s episode shares the personal stories of people growing up as first-generation Americans and Canadians. The people we interview discuss navigating their parents’ traditions with their own personal politics and learning to value where they come from—despite all the cultural forces that erase immigrant stories. This episode features linguist and psychologist Julie Sedivy, poet Fatimah Asghar, filmmaker Anne Galisky, journalist Belinda Cai, and podcaster TK Matunda. Listen in.

THE IDENTITY AND IMPACT OF NATIVE LANGUAGES:

GROWING UP AS A FEMINIST IN AN IMMIGRANT FAMILY:

DISCUSSING YOUR PARENTS’ PAST:

CREDITS:
• Big thanks to musician Ashni for letting us use songs from her EP Mask on this show. Listen to all her gorgeous music right here.
• Check out Fatimah Ashgar’s debut poetry collection, After. You can watch her perform the full poem “Pluto Shits on the Universe,” too.
• Read Julie Sedivy’s Nautilus article on language and identity, “The Strange Persistence of First Languages.”
• Watch the trailers for Anne Galisky’s films Papers and 14, both of which explore the human impact of citizenship laws.