Popaganda: How to Lipstick It to the Man

In the sixth episode of Popaganda’s GLAMOUR season, host Carmen Rios meets up with Davida Hall from Lipstick Lobby in Los Angeles—and finds out the stories behind each shade of the feminist beauty brand’s movement-oriented products.

Lipstick Lobby burst onto the scene in 2017 with a unique mission: to manufacture lipsticks that look good and do good too. The brand sends all net proceeds from each shade in the line to different organizations—meaning that in the years since they launched, Lipstick Lobby has raised awareness about everything from abortion rights to gun violence and generated thousands of dollars for Planned Parenthood, the American Civil Liberties Union, the UnPrison Project, and the Brady Center.

In the years since Lipstick Lobby launched, beauty has started to see its own feminist revolution take shape, with similar mission-aligned brands and products coming to the fore. In a wideranging interview, Carmen and Davida explore the power of a feminist beauty ritual, the importance of radicalizing glamour, and what’s next for the groundbreaking brand empowering people to put their politics where their mouths are.

Subscribe to Bitch’s podcasts in Apple Podcasts, on Soundcloud, or on the Stitcher mobile app.

Read this Next: Popaganda: Inside Michele Pred’s Feminist Artist Studio 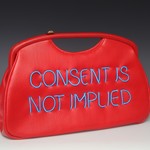