Popaganda’s HEAT season comes to a fiery conclusion this week—with host Carmen Rios in conversation with a slew of inspiring feminist trailblazers. Inspired by her own crisis of conscience, and her own feelings of displacement and isolation in the movement, Carmen calls on iconic movement leaders and shakers and encourages listeners to appreciate the sacrifices and the challenges that women like them face in real-time when they work to build a better feminism.

This extended episode features some of the most prominent agitators for intersectional movement-building across generations and issues.

Barbara Smith, cofounder of Kitchen Table: Women of Color Press and the Combahee River Collective, opens up about movement-building outside of the mainstream. Charlene Carruthers, founder of the Chicago Center for Leadership and Transformation and author of Unapologetic: A Black, Queer and Feminist Mandate for Radical Movements, talks about the tables she’s walked away from.

Fellow Kitchen Table cofounder and coeditor of This Bridge Called My Back, Cherríe Moraga, remembers the white feminist movement that told her she didn’t have enough language. Daisy Hernández, author of A Cup of Water Under My Bed and coeditor of Colonize This!, lays out strategies for finding community even when feminist spaces don’t serve you—and Sarah Eagle Heart, an Emmy-award winning storyteller and strategist, connects the dots between her work for Indigenous Peoples rights and her growing influence in those feminist spaces.

Karla Jay, the first female chair of the Gay Liberation Fund and card-carrying Lavender Menace, gives listeners a behind-the-scenes look at the “zap” that challenged the second-wave feminist movement to embrace women at its margins. Julia Serano, author of three popular books on trans feminism and trans exclusion in feminism, takes us back to Camp Trans. And Carol Leigh, a.k.a. the Scarlot Harlot, examines the ways in which feminism empowered her as a woman and harmed her as a sex worker.

Carmen learns a lot from her conversations with these fearless feminists—but what she’s hellbent on declaring in this episode of Popaganda is that it’s time for feminism to do more than celebrate and revere its trailblazers after their work has successfully shaped the movement. Instead, she posits, it’s time to build a movement in which all of us feel supported and empowered to clear the way for those yet to rise up and resist—and encouraged to tell the movement’s whole herstory.

Let’s start with the basics: We’re assuming you wanna know more about all of these trailblazers.

Some primary sources referenced in this episode might be unfamiliar—and they also need to be read within their social and political contexts.

Read this Next: Out of the Frame 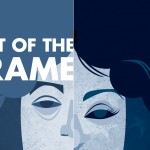 by Celena Cipriaso
Stories about undocumented women focus on how the American government “saved” them from harrowing abuse.

Katie Hill Is Not a Perfect Victim. Here’s Why That Matters.