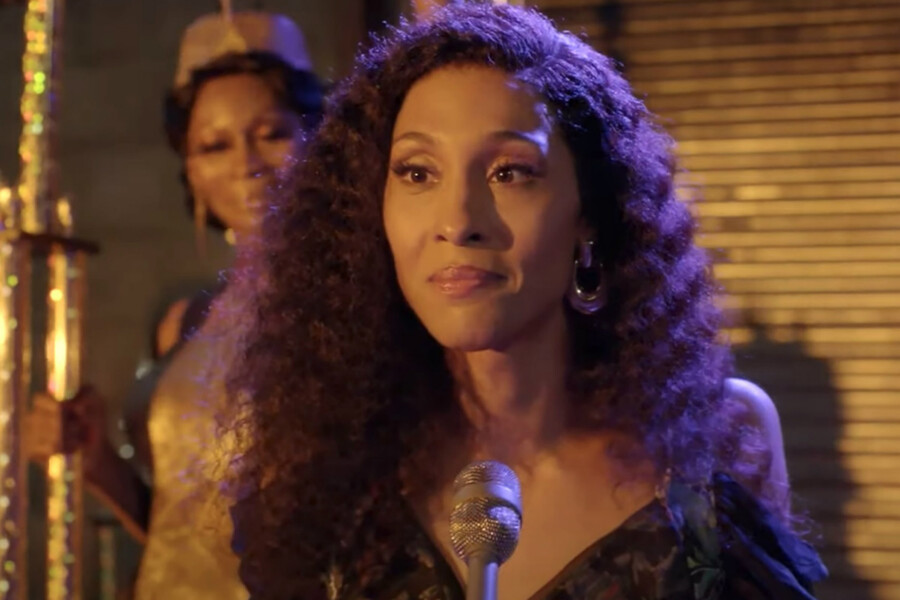 From the beginning, Pose has proven to be a force, not only because of its historic representation of trans people onscreen and behind the scenes but also because of the trans characters—Blanca (Mj Rodriguez), Angel (Indya Moore), Lulu (Hailie Sahar), and the one and only Elektra (Dominique Jackson)—we’ve fallen in love with over its three award-winning seasons. They’re the show’s heart and soul, and we’ve seen them experience everything from being diagnosed with HIV/AIDS and battling drug addiction to navigating their dysphoria and covering up their darkest secrets (one of which is in a trunk in the closet!). They’ve been incarcerated in men’s facilities, lost one of their own—Candy (Angelica Ross)—to murder, and tried their damndest to survive ’80s and ’90s New York City. We’ve cried with them and mourned for them, but the third and final season of Pose gives us reasons to smile for them.

According to the Human Rights Campaign (HRC), at least 17 transgender and gender-nonconforming people have been fatally shot or otherwise killed in 2021. And, as always, the majority of victims are Black and Latinx trans women. Considering the violence and murder that haunts this community, combined with the fact that trans women and their bodies are treated as statistics, it’s all the more necessary to highlight promise, hope, and life. After Angel and Papi (Angel Bismark Curiel) set a wedding date, Elektra, a proud member of the wedding party, wants to cover the costs of their wedding and make it grand. Though Angel and Papi initially planned to wed at City Hall, Elektra decides to foot the bill for a dream wedding so Angel can feel like “a bride in a movie.”

For Elektra, Angel and Papi’s special day is a stand-in for all she desires for trans women, mainly the right to feel special. “You girls deserve everything,”she says during Angel’s fitting at an upscale bridal shop. Though Papi isn’t thrilled with Elektra’s generous gift, telling Angel he considers it a “handout,” Elektra reminds him of the significance of this moment: “Your bride is unlike any other,” she says. “She will be the first, the first from a community that has been excluded from happily ever after.” Elektra drives home the point that what was once a fantasy for the girls—walking down a real aisle in a real wedding dress as a real bride—is now something they can witness. Pose has already given these women limitless opportunities and experiences—iconic ballroom looks, going from being read to filth their first time in drag to earning 10’s across the board, forming new houses, and becoming Mother of the Year.

Angel isn’t the only character who gets a well-deserved happy ending in the final season: After spending two seasons putting the children in her house first, Blanca finally has a boyfriend. Christopher (Jeremy Pope) isn’t a chaser or a rough piece of trade like the other men, who only disappointed her, were. Christopher’s a doctor, accepts her HIV status, supports her nursing career, and even confronts his mother for being transphobic. Though Blanca jokingly refers to Christopher as a “Huxtable” type, she sometimes wonders if he’s too good to be true. But there’s nothing sinister lurking beneath: He’s just a successful Black man who openly loves a trans woman. A trans woman being in a healthy relationship is a realistic storyline, though the statistics belie this reality: A 2020 study published in the American Journal of Public Health found that trans people are disproportionately more likely to experience intimate-partner violence than their cis counterparts.

Pose’s greatest message is clear: Trans women deserve to thrive, to know how it feels to be alive, to not only be in love but to be loved in return.

Christopher, then, can become a possibility model, encouraging men to fearlessly love their trans partner without an ounce of abuse or violence. As Angel says during her own bachelorette toast, “I realize how incredibly rare it is for girls like us to get to be the romantic heroine in any story, to get the prince, and the fairytale.” Though our worth isn’t defined by whether we have a romantic partner or a husband, we trans women need to know we’re limitless, we’re worthy of love, and that there’s more than sorrow or death awaiting us. Not all the women in Pose find love and marriage in the final season, but they still realize how special they are and demand their worth. Elektra, with the help of Miss Orlando (Cecilia Gentili)—a backdoor plastic surgeon—and some new, shady associates, creates a lucrative phone-sex business. She becomes the self-described “McDonalds of the phone-sex industry.” As a newfound business mogul, Elektra wants to spend as much as possible for her girls. She even buys Lulu a brand new condo. Because of her incredible generosity, we see our four protagonists feasting on everything from caviar and filet mignon to champagne at upscale restaurants and sporting the most stylish designer gowns while being pampered with luxurious pedicures and manicures.

They’re also seen publicly about town, exuding class, professionalism, and simply having fun à la Sex and the City. While these extravagances may be materialistic, it’s refreshing to see trans women enjoying life’s luxuries instead of just surviving. Their success, in large part, is due to the unbreakable connections they have with one another. They were there for one another when they lost Candy, when they were using drugs, and when they had doubts that they’d even remain alive. When hope was lost, they lifted one another up; that’s what sisters and mothers do. After all, ballroom is home, home is ballroom, and ballroom brought these powerful, strong, and inspiring trans women together. Perhaps Pose will be remembered for breaking a Hollywood barrier around trans representation. But its greatest message is clear: Trans women deserve to thrive, to know how it feels to be alive, to not only be in love but to be loved in return, and to achieve dreams bigger than they ever could’ve imagined. Above all, we know, they can not only win a trophy at a ball but ultimately, but they can also win at life and at love.

Read this Next: Trans Girls Are the Real Target of Anti-Trans Bills 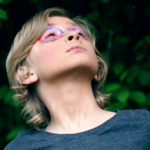 by s.e. smith
Trans women and girls are subject to a uniquely intensified hatred thanks to their hypervisibility.
by Vanessa Clark
View profile »