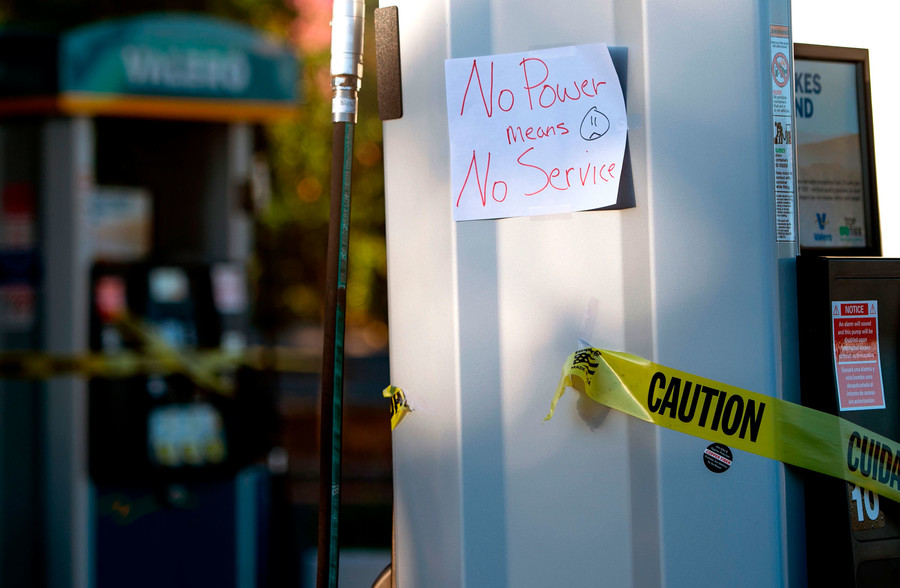 On October 16, 67-year-old Robert Mardis prepared for bed at his daughter’s home in Pollock Pines, California, making sure his oxygen tank and CPAP machine were securely hooked up and working. Around 3:30 a.m., utility company Pacific Gas & Electric (PG&E) turned off the electricity at millions of homes in California, including the Mardis family home. Twelve minutes later, Mardis was dead. An autopsy later determined the cause of death to be severe coronary artery atherosclerosis—in other words, Robert’s heart gave out. But Mardis’s daughter, Marie Aldea, told California’s KCRA 3 station that the blackout was a clear catalyst for his death: “The CPAP stopped and he went and reached for the oxygen tank. We heard my mother scream and my father was down at the end of the couch,” Aldea said. “I believe he would have been alive if the power didn’t go off.”

Mardis’s death offers a stark illustration of what can and will happen when private companies (beholden to their stockholders rather than their customers) control essential utilities like electricity. This event isn’t ultimately shocking considering the larger history of PG&E, the overall privatization of utilities, and the damage this decision has caused. Last year, PG&E power lines sparked Camp Fire in Paradise, California, the deadliest and most destructive wildfire in the state’s history, which killed 85 people and burned more than 150,000 acres. Camp Fire wasn’t the first wildfire caused by PG&E equipment either; in fact, company equipment has sparked at least 1,500 fires since 2014. Facing billions in potential liabilities and multiple lawsuits, the company filed for Chapter 11 bankruptcy in January for the second time in two decades.

In April, PG&E also asked state regulators if it could pass the cost of public safety improvements off to residents through electricity rate hikes, though leading consumer advocate groups point out that PG&E has a history of being cited for failing to maintain their equipment and properly trim trees near power lines. When PG&E’s request sparked public outrage, a company spokesperson said that the company would be willing to scale back the requested rate hike if state legislators made it harder for property owners to seek damages from utility companies following wildfires. If this sounds like the threat of a mob boss—“either you pay us more money or we burn your house down”—that’s because it is.

Meanwhile, as PG&E declared bankruptcy, the utility company proposed a compensation package for 12 senior executives that totaled as much as $16.3 million—a proposal that earned them a stern rebuke from the judge overseeing their bankruptcy. In yet another courtroom, a federal judge overseeing a probation hearing related to a deadly 2010 PG&E gas pipeline explosion reprimanded the company for focusing on profits instead of public safety. “PG&E pumped out $4.5 billion in dividends and let the tree budget wither,” Judge William Alsup said. The judge also ordered new federal oversight of PG&E’s tree-cutting program. When PG&E lawyers argued that adequate tree maintenance might be unrealistic, the judge told them that it was “a problem of [their] own making” before adding that “a lot of money went to dividends that should’ve gone to your trees. Get square with the people of California, who depend on you to do the job safely.”

As PG&E faces multiple legal battles, they, along with other utility companies, have decided to avoid another wildfire by cutting power during high-wind episodes. Autumn in California brings winds gusting at as much as 70 miles per hour and carrying with them the potential to damage trees and any nearby power lines. When these high-wind episodes occur, utility companies maintain near unilateral power to decide when—and where—to shut off power. Experts point out that companies like PG&E have incentive to rely on power blackouts rather than robust tree-trimming to mitigate risk: Tree-trimming is expensive, and does not shift liability away from the utility companies if their equipment sparks a fire. Blackouts, on the other hand, eliminate liability for the company by placing responsibility for well-being during the blackout solely on the residents. For able-bodied residents with adequate resources, the liability often amounts to little more than spoiled food and the inconvenience of relocating to a hotel outside the affected area. But for millions of Americans who live near or below the poverty line—especially elderly residents or those living with a disability—the blackouts can often be a matter of life or death.

Surviving a blackout is a harsh experience: In 2003, a study of a citywide blackout in New York City found that deaths increased by 28 percent during the two-day blackout. And according to the Centers for Disease Control and Prevention, power outages exacerbating existing medical conditions was the most common cause of death during Hurricane Irma. Thanks to these dangers being known, California State guidelines have recently been revised to mandate that utility companies provide all customers with a minimum of 24 to 48 hours notice before a planned outage. Still, state regulators say that rapidly changing weather forecasts mean that advance notice is not always possible. The state also relies on utility companies to take extra effort in reaching customers with disabilities and chronic illnesses that could be impacted by the outages, but state officials and PG&E representatives alike acknowledge that the databases they use to keep track of who these vulnerable customers are and where they live are woefully inadequate.

For millions of Americans who live near or below the poverty line—especially elderly residents or those living with a disability—the blackouts can often be a matter of life or death.

Currently, PG&E relies on the list of residents enrolled in their Medical Baseline Program, which provides discounted rates to customers who use medical equipment to sustain life. But the medical baseline programs were not designed for emergency response and the lists are highly incomplete, due to the high number of residents who don’t qualify for the program but are still at risk during blackouts. In addition, residents of properties that receive a single electricity bill for multiple residences, such as many apartment buildings and mobile home parks, can’t register for the program at all.

When officials in Napa County tallied the residents in their area who are dependent on electrical medical equipment or require refrigerated medications, they found that PG&E’s internal list only accounted for an estimated 10 percent of vulnerable customers. It’s also unclear how thoroughly PG&E’s process for notifying Medical Baseline Program customers is since several disabled residents who are a part of the program said they were never notified. “I do think that this kind of thing is criminal,” disability rights advocate Stacey Milbern told the Guardian. “It feels like neglect.” Milbern, who says she was never contacted by PG&E, lived within the cutoff boundaries. There’s also little benefit to being told you’re going to lose power if you don’t have the ability to go somewhere safe due to a lack of resources and accessibility.

PG&E has still offered no recourse to disabled and low-income customers and has refused to reimburse any costs related to generators, temporary accommodations outside affected areas, or spoiled medications. While PG&E and other utility companies would like their customers to believe that this issue is out of their hands and that low-income and disabled residents are a necessary casualty, the areas affected by the blackouts say otherwise. While less wealthy neighborhoods in the hills above Silicon Valley sat in darkness, the valley below glowed from the campuses of tech giants like Google and Apple, which remained fully powered. Despite the age-old cliché that disasters are the ultimate equalizer, residents’ priorities during the blackouts showed otherwise.

As Marie Aldea watched EMTs fail to revive their father and husband, residents of a wealthy suburb above Silicon Valley used generators to keep their expansive wine collections cool and sent out offers to take in their neighbors’ best bottles. PG&E’s decision to stage intentional blackouts across much of California, along with the decisions by both PG&E and government officials that ultimately led to the necessity of the blackouts, is a window into the harm that privatization, capitalism, and “fairy tales of eternal economic growth” will wreak not only on our environment but the most vulnerable among us.

Read this Next: This Land Is Not Your Land 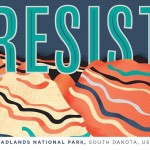 by Victoria Goff
The move to privatize NPS land promises to serve as a way to justify the privatization of other public assets like schools,...
by Kendall Brown
View profile »