Vaccine Trials Excluded Pregnant People, So Nobody Knows If Its Safe | Bitch Media

Can Pregnant People Take the COVID Vaccine? Nobody Knows. 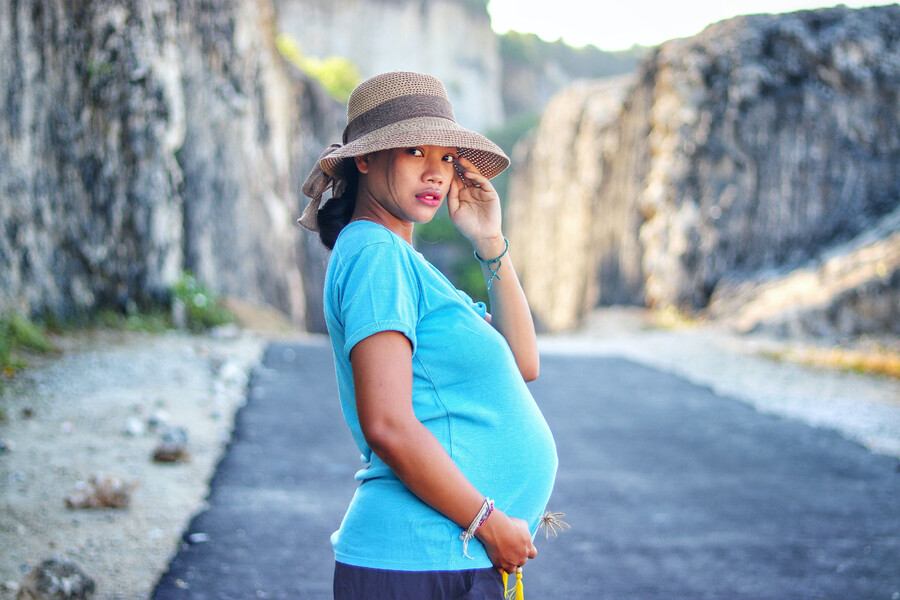 I am eight months pregnant during the current height of our country’s coronavirus pandemic. It’s extremely unlikely that it would be possible to get a COVID-19 vaccine before I can see my toes again, but even if I could, I’m not sure I’d want it. Though both the Pfizer-BioNTech and Moderna vaccines have technically been approved for anyone over 16 and 18, respectively, neither were tested in pregnant or breastfeeding people. With no data available, and no recommendations from the U.S. Food and Drug Administration (FDA) or the Centers for Disease Control and Prevention (CDC), pregnant and nursing people interested in receiving the vaccine (including vulnerable healthcare workers), are in the frustrating position of being told to weigh the risks and benefits with their doctors—who are also making decisions in the dark.

My rage over this began building this summer, when news outlets began reporting that pregnant women were being excluded from COVID-19 trials. It peaked in November, when the CDC released a report suggesting pregnant women were significantly more likely to be hospitalized, require a ventilator, and die from COVID-19 than women of similar age and health who weren’t pregnant. “How could this even happen?” I wondered to myself. “It’s unacceptable for companies to behave this way!” I wrote in long, indignant rants to friends. Only in recent weeks, after reading about the vaccine rollout and thinking more about safety concerns, did I start to wonder if perhaps my outrage has been misplaced.

I’ve realized it may be impossible to know, as unsatisfying as that is. But experts I’ve spoken to assure me that when it comes to pregnancy and medical-research inclusion more generally, I have ample reasons to be pissed. “Pregnant women have been historically left out of clinical trials,” Jamille Fields Allsbrook, the director of women’s health and rights with the Women’s Initiative at the Center for American Progress think tank, told Bitch. For many years, she notes, the exclusion of all women of reproductive age from clinical trials was codified into law. A desire to protect vulnerable populations at all costs led the FDA to issue a guideline in 1977 banning most women of “childbearing potential” from participating in clinical trials. The guidance was only rescinded in 1993, the year Congress passed legislation requiring the inclusion of women and minorities in National Institutes of Health–funded clinical trials.

Since then, women and people of color have been included in clinical studies in larger numbers, though they’re still underrepresented, according to a 2020 Center for American Progress report coauthored by Fields Allsbrook. Pregnant people, on the other hand, have continued to be excluded at alarming rates. “The last frontier has been pregnant women,” asserts Ruth R. Faden, founder of the Johns Hopkins Berman Institute of Bioethics. “Pregnant women have been extremely difficult to advance as an interest group in our [research and development] and biomedical science because it’s quite complicated both ethically and biomedically. There’s no other state of being like pregnancy, with the exception of maybe conjoined twins, in which you have two entities in one body.”

In other words, while participating in experimental research carries an element of risk for everyone, not everyone has a small being camped out in their uterus who can’t consent. Indeed, the most prominent reason the CAP report cites for excluding pregnant subjects from clinical studies is concern about risks to both parent and fetus. Other justifications include legal liability, worry over the complexity of pregnant women’s physiology, concerns about willing participation, and “ambiguous and restrictive regulations around the inclusion of pregnant people.” Cost also likely plays a role, as well as the desire to get treatments to the market as fast as possible. But while excluding pregnant women from drug research may have started with noble intentions, the decision has had some truly devastating consequences. Perhaps the most famous case involved the drug thalidomide, which was prescribed for sleeping troubles, anxiety, and morning sickness in Europe in the 1950s. At least 10,000 babies with congenital conditions including shortened limbs, missing ears, and malformed kidneys, were born to people who had taken the drug.

The lesson pharmaceutical companies learned from the thalidomide disaster, however, wasn’t to safely incorporate pregnant people in drug trials—it was to exclude them definitively and simply disclose the limits of the medical research, putting the onus on women and healthcare providers to assess potential risks. This can be both an aggravating inconvenience for pregnant people—like when we’re given conflicting advice over how to treat a common cold—and a matter of life or death, like when we’re denied life-saving vaccines. But the calculus over inclusion has been evolving in recent years, particularly following the Ebola crisis, during which pregnant women were not included in vaccine trials and not initially offered inoculations, despite having a much higher chance of dying from the disease. In some outbreaks, “more than 90 percent of pregnant women who contracted the virus died, as did almost all fetuses and newborns,” according to The 19th.

With no data available, and no recommendations from the FDA or the CDC, pregnant and nursing people interested in receiving the vaccine, are in the frustrating position of being told to weigh the risks and benefits with their doctors—who are also making decisions in the dark.

“Pregnant women who become infected with Ebola—it’s basically a death sentence for them and their babies,” Anne Lyerly, an obstetrician and bioethicist at the University of North Carolina-Chapel Hill, told the news organization. “There’s this great poignant phrase that ‘they were being protected to death.’” In 2015, government and independent health experts officially acknowledged the need to involve pregnant and nursing people in drug treatment and vaccine trials. And as the race to develop COVID-19 vaccines began, influential experts, industry groups and even some lawmakers, including Senator Elizabeth Warren, began to call for pregnant women to be included in the research. “At first there were a few drums,” says Faden, who has spent decades advocating for the inclusion of pregnant women in medical research. “Now there’s pretty much a full percussion section.” But though Faden and other advocates want pharmaceutical companies to include pregnant subjects in clinical trials when it is safe and ethical to do so, they admit that won’t always be possible. The issue, they say, is that pregnant women are simply presumed to be unfit for trials, when in fact, they should be presumed to be integral. “We argue on ethics grounds and science grounds that this should be flipped,” Faden said. “The burden of proof should be on those who say ‘No.’”

Companies that make it a priority to include pregnant people in their vaccine research can often do so safely, advocates say. One way involves studying pregnant animals—a requirement before enrolling pregnant women in trials. Another approach is to examine inadvertent pregnancies in the subjects in phase-three trials, the late-stage testing that can involve thousands of people. Some argue that pregnant women should be considered in phase three trials if animal data seems promising. But the problem, according to Maggie Little, senior research scholar at the Kennedy Institute of Ethics at Georgetown University, is that all too often the specific animal studies required before women can be admitted are put off until the last minute, when it’s too late to include pregnant women in the testing pool. As for the two approved COVID vaccines in the United States, Pfizer and BioNTech plan to complete research on animals before deciding whether to begin trials in pregnant women in early 2021. Moderna completed toxicology studies in rats, and a FDA review found there were no adverse effects.

Both vaccines are based on brand-new messenger RNA technology, and don’t contain the live virus that causes COVID-19. In the United Kingdom, public-health authorities have advised against giving pregnant women the Pfizer-BioNTech vaccine due to the lack of data. U.S. officials, however, have made the calculation that the vaccines are unlikely to harm pregnant women, and that in some cases, vaccine benefits will likely outweigh risks. (mRNA vaccines are not thought to pose risks to breastfeeding babies.) So knowing what we know—and don’t know—about the development of these two vaccines, do pregnant folks like me have reason to be up in arms? Even bioethicists following the issue aren’t sure. “I don’t know enough,” Little said. “They had to do this so quickly. And say they could have included pregnant women but it would have taken three months longer? Well, then I think we all agree—get it out first and then focus on pregnant women. I’d be very reticent to throw stones at their specifics, but is it shining a light on a system that needs work? For sure.” 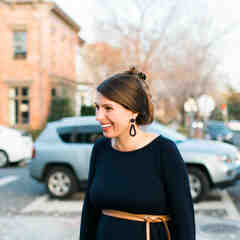 Devon Haynie is a freelance writer and editor at U.S. News & World Report. She lives in the Washington, D.C. area with her husband, daughter, baby-on-the-way, and two monster-sized cats.