Douchebag DecreeMike Pence is a Tool 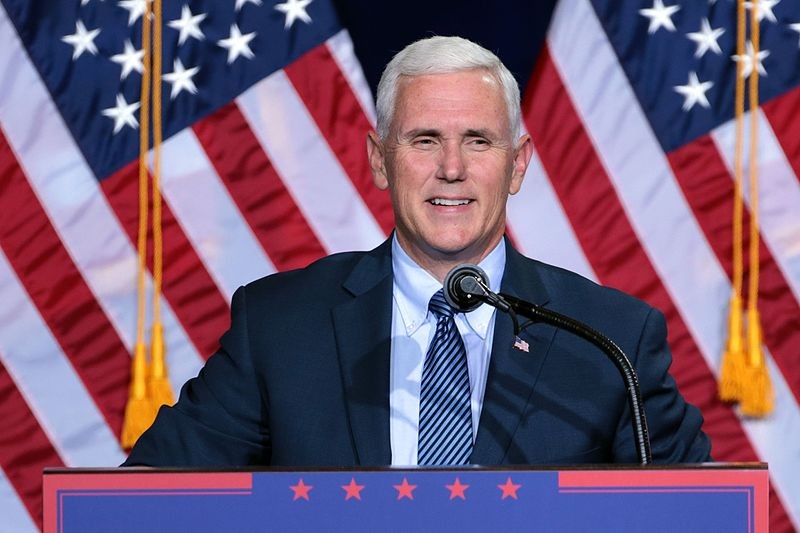 The purpose of the Douchebag Decree has been to highlight one person who outshone all the rest in their despicable behavior, but that’s getting harder (one might even say impossible) when we’re swimming in assholes every single day 24/7. This fact checks out: Robert Sutton, a Stanford professor, says that we’re living in “Peak Asshole.”

So this week I’m taking a new approach. Instead of picking the most grotesque and obvious douchebag of the week, I’m going to highlight an under-the-radar douchebag: Mike Pence.

This week, the New Yorker published “The Danger of President Pence,” a profile of the man who is next in line to become president. President Know-Nothing is a dangerous scourge on the Earth, but President Pence would be an organized, funded, strategic, dangerous scourge on the Earth. Pence has been in the pocket of the Koch brothers for years, and even without the power of the presidency, their agenda is being enacted through his influence. From his fucked-up ideas about how women and men should interact to his unrelenting anti-LGBTQ agenda, here are the nine most horrifying anecdotes about what a Pence presidency might look like.

Marc Short, the head of legislative affairs in the Trump White House, credits Pence for the Kochs’ rapprochement with Trump. “The Kochs were very excited about the Vice-Presidential pick,” Short told me. “There are areas where they differ from the Administration, but now there are many areas they’re partnering with us on.” Senator Sheldon Whitehouse, a Democrat from Rhode Island, who has accused the Kochs of buying undue influence, particularly on environmental policy—Koch Industries has a long history of pollution—is less enthusiastic about their alliance with Pence. “If Pence were to become President for any reason, the government would be run by the Koch brothers—period. He’s been their tool for years,” he said.

3. “She made him taco salad for dinner.”

While in law school, at Indiana University, Pence met and married Karen Batten, a schoolteacher whom he had noticed playing guitar in a church service. A friend at the time, Dan LeClerc, told me, “He was head over heels.” Pence took her ice-skating; she made him taco salad for dinner. Soon, anticipating a proposal, she began carrying in her purse a gold cross with the inscription “Yes.” Eight months after they began dating, he asked her to marry him, having buried a ring box in a loaf of bread that he’d brought on a walk, ostensibly to feed ducks. They shellacked the loaf. Pence’s friends have called Karen his “prayer warrior.”

And, as Rolling Stone reported in January, he referred to her in front of guests as “Mother.” Pence’s office has disputed the account, but a former Indiana Democratic Party official told me, “I’ve heard him call her Mother myself.” Pence also began observing what’s known as the Billy Graham rule, meaning that he never dined alone with another woman, or attended an event in mixed company where alcohol was served unless his wife was present. Critics have argued that this approach reduces women to sexual temptresses and precludes men from working with women on an equal basis. A Trump campaign official said that he found the Pences’ dynamic “a little creepy.”

Cecil Bohanon, one of two adjunct scholars at Pence’s think tank, had a history of financial ties to tobacco-company front groups, and in 2000 Pence echoed industry talking points in an essay that argued, “Smoking doesn’t kill. In fact, two out of every three smokers doesn’t die from a smoking-related illness.” A greater “scourge” than cigarettes, he argued, was “big government disguised as do-gooder, healthcare rhetoric.”

Even as Pence argued for less government interference in business, he pushed for policies that intruded on people’s private lives. In the early nineties, he joined the board of the Indiana Family Institute, a far-right group that supported the criminalization of abortion and campaigned against equal rights for homosexuals. And, while Pence ran the Indiana Policy Review Foundation, it published an essay arguing that unmarried women should be denied access to birth control. “What these people are really after is contraceptives,” Vi Simpson, the former Democratic minority leader of the Indiana State Senate, told me. In 2012, after serving twenty-eight years in the legislature, she ran for lieutenant governor on a ticket with the gubernatorial candidate John R. Gregg, who lost the election to Pence. Simpson believes that Pence wants to reverse women’s economic and political advances. “He’s on a mission,” she said.

After Barack Obama was elected President, Pence became an early voice of the Tea Party movement, which opposed taxes and government spending with an angry edge. Pence’s tone grew more militant, too. In 2011, he made the evening news by threatening to shut down the federal government unless it defunded Planned Parenthood. Some Hoosiers were unnerved to see footage of Pence standing amid rowdy protesters at a Tea Party rally and yelling, “Shut it down!” His radicalism, however, only boosted his national profile. Pence became best known for fiercely opposing abortion. He backed “personhood” legislation that would ban it under all circumstances, including rape and incest, unless a woman’s life was at stake. He sponsored an unsuccessful amendment to the Affordable Care Act that would have made it legal for government-funded hospitals to turn away a dying woman who needed an abortion. (Later, as governor of Indiana, he signed a bill barring women from aborting a physically abnormal fetus; the bill also required fetal burial or cremation, including after a miscarriage. A federal judge recently found the law unconstitutional.)

In the spring of 2015, Pence signed a bill called the Religious Freedom Restoration Act, which he presented as innocuous. “He said it protected religious freedom, and who’s against that?” Oesterle recalled. But then a photograph of the closed signing session surfaced. It showed Pence surrounded by monks and nuns, along with three of the most virulently anti-gay activists in the state. The image went viral. Indiana residents began examining the law more closely, and discovered that it essentially legalized discrimination against homosexuals by businesses in the state.

8. Pence’s agenda is the agenda of the corporate right.

Senator Whitehouse, the Rhode Island Democrat, believes that the Kochs “will stick one hundred of their own people into the government—and Trump will never notice.” As a result, he said, “the signs of a rapprochement are everywhere.” Whitehouse continued, “One by one, all the things that Trump campaigned on that annoyed the Koch brothers are being thrown overboard. And one by one the Koch brothers’ priorities are moving up the list.” Trump’s populist, nationalist agenda has largely been replaced by the agenda of the corporate right.

When the conversation turned to gay rights, Trump motioned toward Pence and joked, “Don’t ask that guy—he wants to hang them all!”