Where the 2020 Presidential Candidate Stand on Regulating Pesticides | Bitch Media 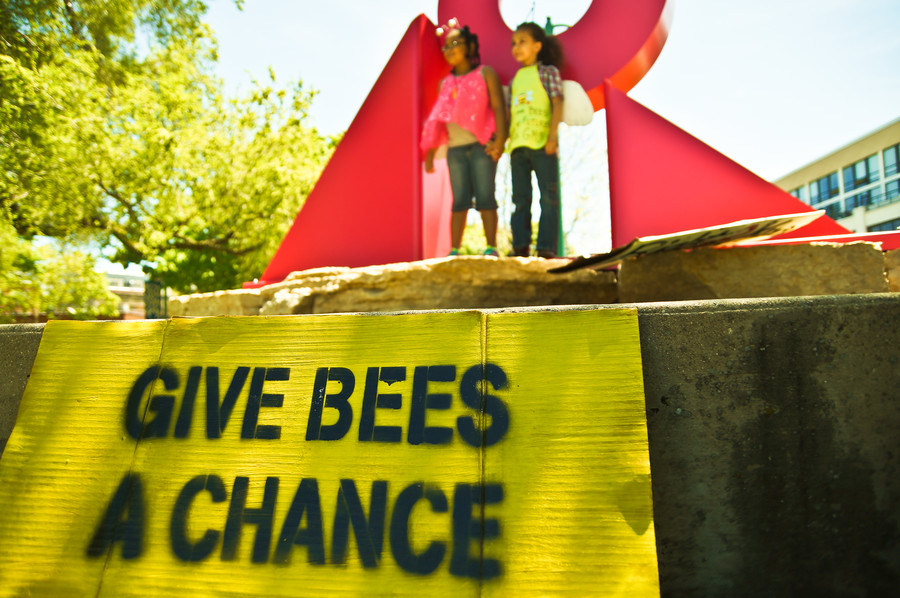 March Against Monsanto at Catalano Square in Milwaukee, Wisconsin, in May 2014 (Photo credit: Flickr/Joe Brusky/2.0)

The regulation of pesticides, herbicides, and other chemical toxins has not traditionally been considered a feminist issue or worthy of inclusion on high-profile political campaigns. That could soon change though, given the inevitable public-health consequences of the Trump Administration’s environmental rollbacks over the past three years.

In the years after Rachel Carson’s seminal 1962 work, Silent Spring, detailed the harm that the pesticide DDT causes as a person’s body gradually accumulates it, ecologists, epidemiologists, and neuroscientists began investigating the potential health impacts of agricultural chemicals, including pesticides, insecticides, and fungicides used in agriculture. They discovered that women in Latinx-majority agricultural communities are most vulnerable to pesticide exposure because of prolonged exposure in their workplace environment. In addition, pesticides pose a grave risk to them as individuals, but also because if an expectant mother is constantly and repeatedly in contact with pesticides, the fetus can be adversely affected, with those effects manifesting any point during the lifespan of the child. These effects can include death of the fetus, structural abnormality, altered growth, and abnormal organ function.

For example, a 2010 study conducted by the Center for the Health Assessment of Mothers and Children of Salinas found that exposure to organophosphate (OP) pesticides, well-known neurotoxins, has been associated with neurobehavioral deficits in children. A 2012 study conducted by researchers at  Columbia University has linked the OP chlorpyrifos to neural tube defects and brain malformations. And researchers at the Childhood Autism Risks from Genetics and the Environment (CHARGE), launched in 2003 by researchers at the UC Davis MIND Institute, have found an association between prenatal exposure to pesticides, such as chlorpyrifos, and autism. With Trump’s policies setting the stage, here’s a rundown on where the leading Democratic candidates stand on regulating pesticides.

Trump’s administration has maintained a firm anti-environment agenda: The president regularly rejects evidence-based recommendations from government scientists, and mocks the idea of climate change. The administration’s record on pesticides and other environmental toxins is particularly disastrous. In 2017, former Environmental Protection Agency (EPA) administrator Scott Pruitt lifted a proposed ban on chlorpyrifos, though the EPA’s own scientists determined that there are no safe levels of use for it in food. Claiming that the science wasn’t settled, Pruitt put off the decision until 2022. His move came just weeks after meeting with Dow Chemical, a company that made a $1 million donation to the Trump inaugural committee.

In 2018, Trump’s EPA sided with Monsanto—a major producer of pesticides and genetically modified crops—in reapproving the use of the genetically modified, highly drift-prone weed killer dicamba. The Center for Biological Diversity notes that the monarch butterfly population has declined by 80 percent since farmers began using the herbicide, and crickets, grasshoppers, bees, and other insects vital to a healthy ecosystem are also dying at alarming rates. More broadly, the Trump administration has rolled back regulatory protections on lead, arsenic, ozone, beryllium, mercury, and silica among other pollutants and toxins.

For the most part, the Democratic presidential pool has indicated support for environmental policies, including banning harmful pesticides, strengthening antitrust laws, and breaking up agribusinesses in the seed and pesticide industries. However, some appear more willing to acknowledge the seriousness of the situation than others. Here’s how the Democratic field pans out:

Three candidates have made firm environment-friendly commitments to tighten regulations of the chemical industry, ban chlorpyrifos, and support the Green New Deal.

Sanders cosponsored Democratic Senator Tom Udall’s Protect Children, Farmers, and Farmworkers from Nerve Agent Pesticides Act of 2019, a bill that would amend the Federal Insecticide, Fungicide, and Rodenticide Act to prohibit the registration of pesticides containing chlorpyrifos. Sanders has also called for a “fundamental change” in America’s agricultural and rural policies that would transition agriculture away from a consolidated, profit-driven industrial model to one that breaks up agribusiness monopolies; improve conditions for rural communities by ensuring that residents are protected from chemical and biological pollution; empower farmers, foresters, and ranchers to address climate change and protect ecosystems; and foster investment in revitalizing rural communities. Sanders also supports the Green New Deal. In May 2019, Greenpeace sent a 21-question survey to every campaign office. Based on his replies, Greenpeace gave Sanders a B+ grade.

Warren favors a ban on chlorpyrifos. Breaking up major companies in the pesticide, seed, and meatpacking sectors and strengthening antitrust enforcement are the cornerstones of her strategy to boost the farm economy. Warren contends that corporate profits and powerful interests overpower the health, safety, and economic well-being of families, so she backs stronger regulations that would curb corporate greed. In addition, she’s been critical of the Department of Justice’s rubber-stamping of the Bayer-Monsanto merger—which handed over one-quarter of the world’s seeds-and-pesticides market to one agribusiness—calling it “bad for farmers, bad for our food supply, and bad for consumers everywhere.”

Warren has also sounded the alarm on the EPA’s unprecedented expansion of the use of the antibiotics streptomycin and oxytetracycline as pesticides in citrus production. Warren was one of only two of the leading Democratic candidates to attend this month’s Presidential Forum on Environmental Justice. She supports the Green New Deal, and, like Sanders, has earned a B+ from Greenpeace.

Booker cosponsored Udall’s legislation to ban chlorpyrifos and joined a group of Senate colleagues in calling on the EPA to ban them. A letter he co-authored to current EPA administrator Andrew Wheeler states, “The EPA has repeatedly found that chlorpyrifos harms children’s brains at exposures far lower than what the EPA allows.  Nevertheless, it refuses to ban this pesticide supposedly because the agency is currently unable to pinpoint the precise exposures that cause this harm.” Booker has also introduced an environmental-justice plan that he claims will protect communities of color, Indigenous communities, and low-income communities from corporate polluters. He has also threatened to break up companies like Monsanto for, in his view, perverting the free market by gobbling up their competitors. Booker joined Warren at the Presidential Forum on Environmental Justice. Booker supports the Green New Deal and received an A- on the Greenpeace report card.

Headed in the Right Direction

Three Democratic candidates have included statements about pesticides and environmental toxins on their campaign’s website, though they haven’t  necessarily highlighted these issues.

Of the 10 campaigns I contacted for comment on the candidate’s position on pesticides and environmental toxins, only the Buttigieg campaign responded. “A Buttigieg administration will be committed to evidence-based regulation of all chemicals, pesticides, and potential toxins,” they said in an email. “As president, Pete will re-empower the scientists who are at the EPA and examine legislative approaches that can strengthen evidence-based rules protecting the public’s health from political and industry interference in the future. His administration will also support ongoing safety investigations and toxicological research to better understand and identify health risks associated with chemical, toxin, and pesticide exposures.” Buttigieg supports the Green New Deal and received a C grade from Greenpeace.

Castro has said he would propose legislation on his first day in office that would require all federal actions to be reviewed for environmental and health impacts on low-income and marginalized communities. That bill would strengthen the EPA’s ability to go after polluters, but it would also give communities and individuals greater power to sue companies whose pollution has a disparate impact on communities of color. Candidate Castro supports the Green New Deal, and received a D+ grade from Greenpeace.

For Starhawk, witchcraft is not just a collection of rites; it’s also a set of principles.

Gabbard has expressed support for legislation that would ban the use of chlorpyrifos because of its irreversible health outcomes in workers, pregnant women, and children. (She also linked chlorpyrifos to a decline in the bee population, which isn’t accurate.) Last year, Gabbard’s home state of Hawai’i became the first state in the United States to ban pesticides containing chlorpyrifos. Gabbard was the first presidential candidate to call for Monsanto’s popular weed-killer product, Roundup, to be banned, saying, “It’s long past time we stopped relying on corrupt corporations with a profit incentive to fund science telling us their chemicals are ‘safe.’ Victims shouldn’t have to go to trial to get the truth.” Gabbard has embraced the Green New Deal and received a B grade from Greenpeace.

Three candidates have expressed firm pro-environment views, but we need to know more about their positions on pesticides and environmental toxins.

Yang’s campaign literature doesn’t mention pesticides, though he supports taking the environment into account when measuring the economy, including environmental quality and sustainability, childhood success rates, and environment-related health outcomes—all of which relate to pesticides. He supports the Green New Deal and Greenpeace gave him a ‘D+’ grade.

Klobuchar’s campaign literature largely sticks to mainstream agricultural policy proposals. She has called for stronger antitrust enforcement rather than breaking up agribusiness corporation. She was criticized in 2016 for endorsing the Deny Americans the Right to Know (DARK) Act, which called for the labeling of genetically engineered foods. Klobuchar supports the Green New Deal and earned a C- grade from Greenpeace.

One candidate, teetering on a failing grade, has made no firm pledges on pesticides and environmental toxins.

The closest Biden has come to speaking out about environmental toxins is when he spoke about a possible link between his son Beau’s fatal brain cancer and toxic military burn pits. While most of the Democratic field has vowed not to accept campaign contributions from the fossil fuel industry, Biden was seemingly unaware that one of the cohosts of a recent campaign fundraiser is the cofounder of a fossil fuel company. The core pledge of Biden’s climate-change policy is for the United States to achieve net zero emissions of greenhouse gases by the year 2050, in line with what mainstream scientists currently say must be the global target. Biden has proclaimed his support for the central principles of the Green New Deal, if not all the particulars. Greenpeace gave him a B grade.

Pesticides are, admittedly, not a sexy issue. However, the more they are studied, the more we are learning about the threats they pose to our health and the health of our environment and ecosystem. It’s time we hold candidates accountable for how, if elected, they will address these threats.

Read this Next: Food Fight 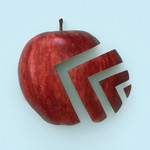 by Jacy Topps
For the poor in this country, food is often linked to shame and dehumanization.
by Amy Roost
View profile »

Amy Roost is a 2019 Annenberg Center for Health Journalism Fellow. She is currently working on the podcast Hazard for Critical Frequency Network about the health effects of pesticides.

Fighting for the Future