Rescue Rom-ComSex Workers Reflect on the Fantasy of “Pretty Woman” 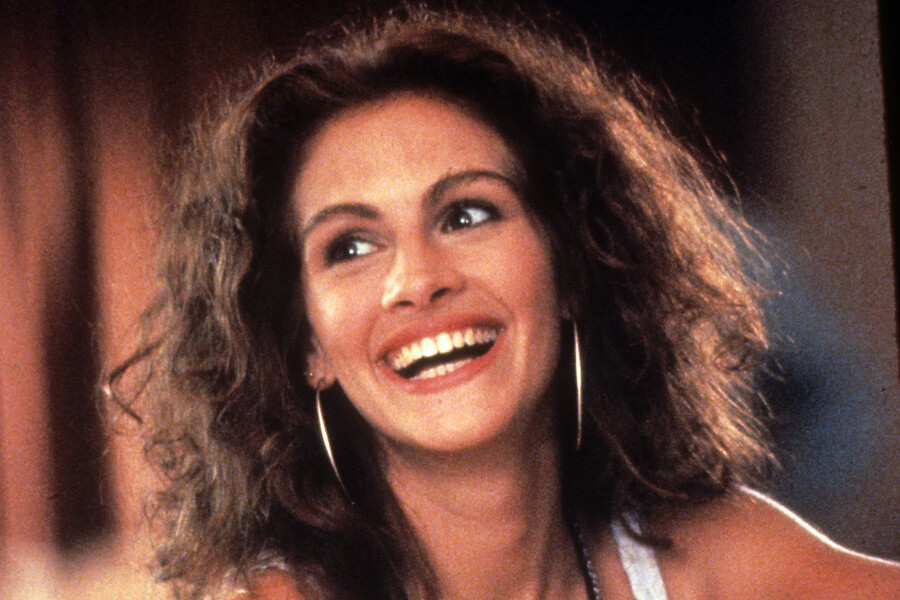 Unlike Julia Roberts, whose relative resistance to physical signs of aging and general conformity to Western beauty standards have earned her People magazine’s “Most Beautiful Woman in the World” title a record five times, the film Pretty Woman hasn’t aged well. When the movie celebrated its 30th anniversary in March 2020—a milestone largely overshadowed by a then-burgeoning COVID-19 pandemic—People marked the occasion with an obligatory “collector’s edition” anniversary issue hailing the flick as “Hollywood’s favorite Cinderella story.” But over time, a growing critical discourse has developed about the rags-to-riches sex-work fairy tale. As the sex workers rights movement continues to intersect with 21st-century conversations about representation, a fluffy rescue rom-com in which a rich white guy seemingly saves a straight, white, conventionally attractive sex worker seems to grow more glaringly problematic by the day.

Ten years ago, sex worker, writer, and activist Maggie McNeill wrote on her website that it was already “nigh-impossible to find an internet discussion on [Pretty Woman] without at least a few would-be critics complaining that it is ‘unrealistic.’” This, however, is a criticism to which McNeill has long handed down a simple, “No shit, Sherlock.” “Pretty Woman is a fantasy,” she told Bitch. “It’s not going to be realistic.” While McNeill herself has no particular affection for the film, she’s never considered Pretty Woman’s lack of accuracy a compelling argument against it, though that argument is common among critics both within the sex-work community and those who are actively working to criminalize sex work. “I’ve never quite understood the really negative reactions some sex workers have to it,” McNeill said. “At the same time, it amuses me terribly to hear how much the prohibitionists are fixated on it,” she adds, noting that anti–sex work arguments often attempt to paint the film as a dangerously glamorous misrepresentation of a community prohibitionists would rather see victimized, humiliated, and/or punished.

“Every time we talk about our lives, they always have to say something like, ‘It’s not Pretty Woman,’” McNeill said. “It’s like, no, it’s not Pretty Woman. Pretty Woman is a fantasy. Of course it’s not freaking Pretty Woman.” While sex workers and their allies have increasingly challenged Pretty Woman’s cisgender, heteronormative, sugar-coated representation of the industry and its workers, the prohibitionist argument McNeill is alluding to has followed the film from the beginning. “People act like there’s some way in which you’re going to see something about a fancy sex worker, and you’re going to have no idea that there could possibly be any drawbacks,” Jo Weldon, author of The Burlesque Handbook (2010) and Fierce: The History of Leopard Print (2018), told Bitch. “The idea that one movie or TV show is the only version of sex work people ever see, and that people who enter the sex industry have no critical thinking skills, is really insulting.”

Weldon, whose current work traces the intersections of sex work, dress, and culture informed by her own experiences in the sex industry, is also relatively indifferent toward the film. She was a decade into her career in the sex industry when Pretty Woman premiered, but she still watched it like any other rom-com. “I haven’t thought about it as much as a lot of people have,” she said. “I don’t have this great loathing or affection for it. There were things I liked about it and things that I was like, ‘Oh, come on.’ But that’s basically any ’80s movie.” That’s not to say the film doesn’t hold its tasteless moments for even the most indifferent sex workers. For Weldon, it’s Richard Gere’s iconic, “We both screw people for money” quip. “No, she brings pleasure, you bring pain,” Weldon said. “People consent to be[ing] screwed by her, and you screw people out of their businesses. You’re not ‘both screwing people for money.’ It’s not the same thing.”

For men in the sex industry—who, as male escort and blogger Tyler Dårlig Ulv notes, are routinely left out of sex-industry discourse in general—Pretty Woman’s white, cis, female-centric vision of sex workers is even less representative. But like McNeill and Weldon, Dårlig Ulv finds the film’s obvious lack of accurate representation more a source of indifference than politicized outrage. “I don’t really think about it at all today,” he said, adding that the film’s continued lifespan is probably sustained, to some degree, by “writers and reporters constantly bringing it back up and asking workers, ‘Is this still how it is?!’” The obvious answer, of course, is no, the sex industry is not the streetwalking Cinderella story that Pretty Woman presents—and it never was. As Dårlig Ulv puts it, “Pretty Woman is to real-life sex work what the Teenage Mutant Ninja Turtles are to actual ninjas—or turtles, for that matter.”

But an obvious, unsurprising lack of verisimilitude in a rom-com isn’t unforgivably damning. In fact, McNeill suggests the candy-coated treatment sex work got in Pretty Woman and other 20th-century films such as American Gigolo (1980) and Risky Business (1983) might actually have been preferable to the grittier, victimizing representations that took their place as anti–sex trafficking fearmongering took over prohibitionist rhetoric in the 21st century. “Even though the portrayals are not terribly realistic [in films from the Pretty Woman era], they’re also usually not negative,” McNeill said. “Usually the sex workers are portrayed as pretty smart, pretty savvy, street-wise. They’re often the smartest character in the room.” Indeed, Vivian Ward’s streetwise savviness is one aspect of the movie some modern sex workers do relate to. “She was a strong woman,” porn star and fetish model Sofia Rose said. “She was portrayed to be very independent and have strength. To be a streetwalker, you have a lot of that. It takes balls to walk the streets. Her attitude influences me even today.”

Roberts—whose fifth appointment as People’s Most Beautiful Woman in 2017 was met with pushback from critics who questioned not only why yet another thin white woman received the honor, but why the exact same thin white woman claimed the title for the fifth time—may not seem like a diverse casting choice. However, plus-size Latina sex worker Rose says she actually felt represented when she saw Roberts onscreen in 1990. In an era when blue-eyed blonds such as Christie Brinkley and Claudia Schiffer dominated mainstream beauty ideals, just seeing a non-blond, brown-eyed actor hailed as, literally, a “pretty woman” felt groundbreaking to a then-teenage Rose. “It was the first time I had seen somebody that I felt like I related to,” she said. “A brunette was cast in this movie called Pretty Woman, and I was just fascinated with a brunette being called a ‘pretty woman.’ While she wasn’t Latina and I am, I felt like, ‘Finally, someone who is in a strong lead and looks like what I think I look like.’”

Like McNeill, model and porn performer Valentina Veliz sees Pretty Woman’s glamorized vision of a sex worker as a welcome reprieve from narratives that sought to portray industry professionals as debauched victims or leprous deviants. “Her skin was clear, she was well-spoken, [and] could hold her own in conversation with Richard Gere’s character,” Veliz said. “You were able to see the heart of her. That doesn’t normally happen. When do we fall in love with the sex worker? When is the sex worker really a character that we think is a cutie, or how sweet she is being silly with the headphones on? Those are not usually the common themes when a sex worker is part of the storyline. So I love the fact that the movie allowed people to like a character who’s a hooker.” Unfortunately, the flattering and somewhat unrealistic portrayals that dominated sex-worker narratives in the ’80s and ’90s may have actually sparked a prohibitionist push for more “realistic”—gritty, demeaning, fearmongering—depictions of sex work.

“That Hollywood portrayal was part of what let the prohibitionists know that they were losing, and that they had to change their tactic,” McNeill said. “Because the whole tactic of ‘all whores are criminals’ basically wasn’t working anymore. People weren’t buying it.” Sex-worker narratives darkened in the 21st century, as prohibitionists leaned into an anti–sex trafficking agenda, leaving sex workers increasingly sensitive to rescue narratives—including Pretty Woman—that depicted workers as people in desperate need of being saved. And while it’s understandable that many people write it off as a harmless fairy tale, the film’s happily-ever-after conclusion—in which characters toss the word “rescue” back and forth—has fallen under increased scrutiny in recent years.

Unfortunately, the flattering and somewhat unrealistic portrayals that dominated sex-worker narratives in the ’80s and ’90s may have actually sparked a prohibitionist push for more “realistic”—gritty, demeaning, fearmongering—depictions of sex work.

“Sex workers are understandably very, very sensitive about rescue narratives, especially now,” McNeill said. “It has been used as a justification for these violent police raids, for locking women up, for stealing their livelihood.” Back in the ’80s and ’90s, the idea that sex workers needed to be saved was less of of a prohibitionist weapon. “When cops came to arrest you in those days, they weren’t telling the newspapers they had saved you,” McNeill added. “Now they do.” Even if Pretty Woman’s fluffy, Cinderella-story version of sex work is, as Dårlig Ulv argues, “so far removed from reality that it’s hard to say it’s causing active harm,” there’s still room for serious improvement in modern depictions of sex work. Looking forward, Dårlig Ulv proposes a kind of Bechdel Test for sex-worker stories, one that demands characters be engaged in active sex work merely as their career rather than as a defining characteristic or central plot device.

“That’s what I would personally like to see: narratives where someone works in the sex industry and it’s just their job. It doesn’t define them; it doesn’t destroy them. It’s just what they do for a living for now,” he says. “Give me a Hallmark Channel Original Movie where Candace Cameron Bure is just incidentally a mid-range, outcall-only escort, but off the clock she works in her ailing father’s bakery to help make sure her small town has enough cookies for the big Christmas cookie celebration.” Dårlig Ulv is also calling on future sex-worker narratives to venture beyond Pretty Woman’s cis, white, female perspective. “There are so many more interesting stories out there,” he said. “I’m a believer that narratives lead to empathy and understanding, which leads to normalization, which leads to legitimization, which leads to decriminalization. That’s not meant as a tidy road map from where we are to where we ought to be. It’s messy and hard and uphill both ways in the snow. But broadening depictions to reflect the reality of who does sex work and depicting their work in a real way—lending it legitimacy—is crucial.”

Read this Next: “Blacklight” Spins a New Tale about Strippers in New Orleans 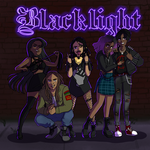 by Bitch HQ
Sex workers are very dynamic and have their own varied, colorful lives. 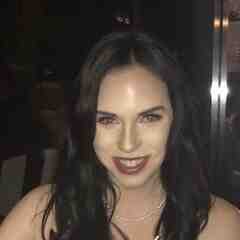 Kayla Kibbe is a New York City-based writer covering sex, dating and culture. An associate editor at InsideHook, her work has also appeared/is forthcoming online at MEL Magazine, Health.com, Brides, YourTango and other outlets. Follow her on Twitter @Kay_Kibbe and Instagram @kaylakibbe.